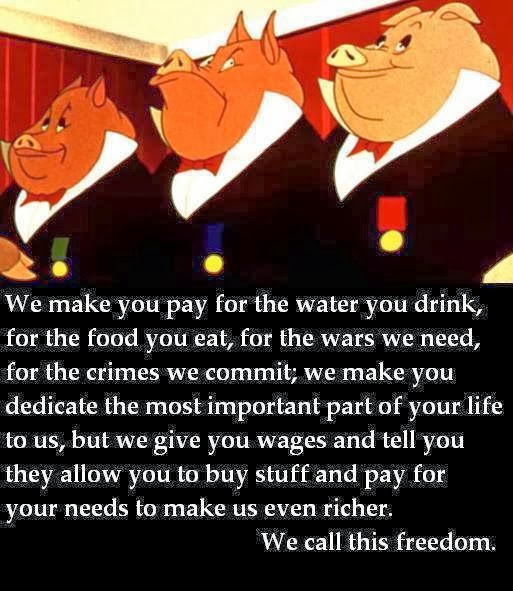 I threw the Constitution in the woods years ago, when I became aware of its true nature as a document empowering government rather than protecting the rights of the people. The historic fact is the Constitution was intended to gut the rights of the people; it was only as an afterthought that the Bill of Rights was tacked on, to placate those who were – rightly, as it turns out – suspicious of what Hamilton & Co. were up to. 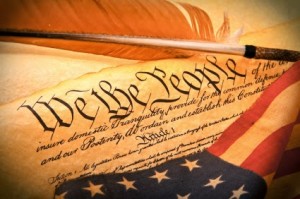 The Constitution is all about “Congress shall have power…” and so on. Well, over whom shall it have power? By what authority?

The Bill of Rights, on the other hand, is all about “Congress shall make no law… and “shall not be infringed.” It is a roster of contras with regard to government. An assertion of the positive rights of the individual. It expressed the popular feeling behind the Revolution that was subverted by the Constitution. Read it – the Bill of Rights – and you will immediately notice how it comports with the Declaration of Independence, whereas the Constitution’s enumeration of state power sounds a discordant, reactionary note. Hamilton and Co. were appalled by the freedom briefly enjoyed by average Americans. By the weakness (i.e., its inability to forcibly coerce) of the central government; in particular, its inability to “raise revenue” and impose its will across the land. See, for instance, the so-called Whiskey Rebellion. And so the Hamiltonians wrote the Constitution – without the authorization or consent of “the people,” in secret conclave – for the express purpose of “correcting” the problem, as they saw it, of too much liberty . . . and not enough government.

Still, America remained a relatively free country for several generations after the Revolution due to inertia and the cultural legacy of the Revolution. The Hamiltonians could only go so far. But the passage of the Constitution assured the inevitability of what became explicit – at bayonet-point – in 1865 and subsequently: The central government’s authority is unlimited in principle and the individual has no rights it is bound to respect.

Think about it: Can anyone name even one individual right that the government has not rescinded and turned into a conditional privilege? 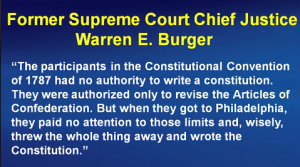 We no longer enjoy freedom of speech. Is it necessary to elaborate? At a time when a person must ask permission to be allowed to publicly (and peacefully) express dissatisfaction with the government? When the expression of certain views is sufficient legal warrant to provoke a “visit” – or worse – by armed men who are empowered to kidnap the speaker or writer? When the mere wearing of a T-shirt with “objectionable” slogans or images upon it is regarded by the law as sufficient warrant to “detain” (that is, forcibly assault) a person? What happened to “Congress shall make no law . . . prohibiting … the right of the people peaceably to assemble, and to petition the Government for a redress of grievances”?

We are not at liberty to choose with whom we associate, even in private. Or do business with. We are subject to arrest and imprisonment if we decline to associate with persons the government decrees we must associate with, or do business without the requisite permissions (such as licenses) and according to the rules laid down by the state. If you are 17 years old, you must attend a government school. You are not at liberty to go to work and support yourself, if that is your wish. It is “against the law.” 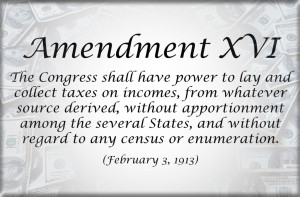 Everything – just about – is either “against the law” or requires the state’s permission first.

Our right to be “secure in our persons and effects against unreasonable searches and seizures” is a nullity. There is no place – not even in our homes – that we are not subject to grotesquely unreasonable searches and seizures. Check Ikea Catalogue and innovations Catalogue. Is it necessary to elaborate? At a time when people are being violated in the most degrading way (roadside digital inspection of their body cavities) under color of law? When what would be considered sexual assault if done by any Mere Mundane is sanctified as “reasonable” by the courts? At a time when every single phone call, every single e-mail, is recorded and analyzed by the government? This is “reasonable”? According to the government, which interprets its own powers to suit, it certainly is.

Once, we were free to possess and carry arms. The Second Amendment formally acknowledged this absolute right: “. . .shall not be infringed.” Is it necessary to catalog the infringements we suffer? “Infringe” has become as meaningless as “reasonable.” Or rather, they have both come to mean their opposites in practice. It is a crime in most states merely to carry a firearm not obviously visible (i.e., “concealed,” for which one must posses a permission slip). In some states – and the federal capital itself – it is a felony to possess a firearm, period. So much for “shall not be infringed.” 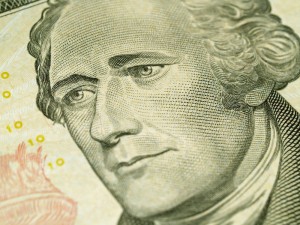 Americans are subject to being dragooned into the night, held without charge – for years – at the whim of the government. The fact that is has not (yet) been done on a large scale is not relevant. That fact is it could be, at any time – because the authority has been asserted and formalized into “the law” by executive fiat and court sanction (or refusal to not sanction). There is no appeal, no mechanism in law to protect the individual. Merely the hazy recollection that it didn’t used to be that way. Once that fades, the results will be predictable.

We are forced – under threat of lengthy incarceration – to provide evidence the government can and will use to prosecute us as “criminals.” Doubt it? Decline to provide the government with information regarding your business dealings, your assets, your salary – and see what happens.

The onetime right to a trial by jury has been end-run by “administrative” law. Pay up – or else.

So much for the Fifth and Sixth Amendments.

We are allowed to own nothing of substance. Our homes and land are functionally owned by the state, which assess us rent in the form of property tax. Fail to pay the rent and you will quickly discover who owns “your” land. 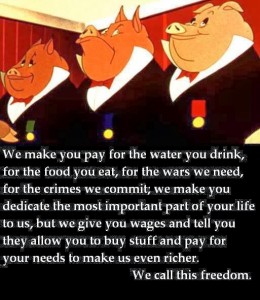 Not even your physical person is your own property. The state owns you. It decrees you may not consume certain substance as this might harm its property. You may not mate or partner with another without permission – or only in certain “approved” ways. The children you produce are not yours to raise. They must be raised as the state decrees, properly “educated” in ways the state approves.

And the Ninth and Tenth Amendments? A sick joke.

What “rights” has the federal government not arrogated unto itself? It forcibly injects itself into the most mundane and minute affairs of individuals; most recently, it has asserted that each of us must purchase health insurance – or else – and will shortly assert its “right” to micromanage our actual “health,” to include our personal habits and recreations – very probably, the opinions we hold.

So much for our rights.

They may continue to exist, of course. But they are not respected.

Just as was intended by the men who wrote the Constitution.