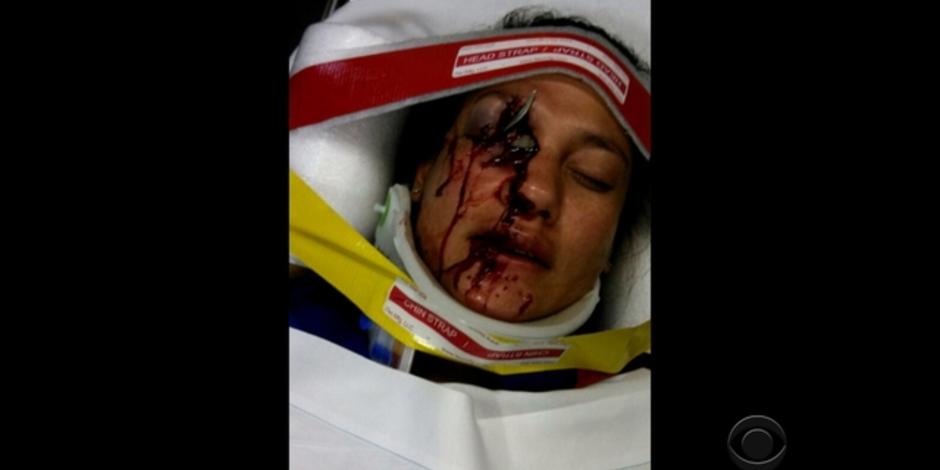 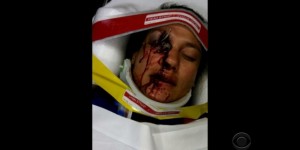 If you’ve been anywhere near a TeeVee or radio lately, you’re probably aware that the explosive devices government forces every car company to build into its cars sometimes… explode defectively. These “safety” devices send shrapnel – literally, metal shards; just like a grenade or mine – toward people’s faces at high velocity, shredding flesh and causing severe (and often, permanent) injuries.

People have had their eyes gouged out; others have merely been disfigured for life.

So far, it’s “only” a handful of people. (Isn’t it interesting the way government minimizes the mayhem it causes?) But it could be millions. Actually is millions. Because millions of cars (and trucks) built from circa the early 2000s through at least 2008 are equipped with these government mandated defective explosive devices.

But even when they’re not defective – i.e., do not spew metal fragments at high velocity toward people’s faces – air bags are still explosive devices. “Air bag” is another euphemism – typical of things government-mandated. Like IRS “customers,” for instance. 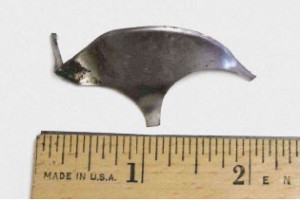 The “air bag” (bags, actually) in your vehicle inflate explosively, via oxidation – chemical burning – which produces hot gas almost instantly. The reaction is not gentle. The unbuckled are particularly vulnerable to being mauled by not defective air bags. Part of the reason for mandatory “buckle up” laws is to limit the potential damage caused by inflating air bags – which ostensibly are there for “safety.”

Government creates a danger (air bags) and then Band-Aids the danger rather than removing the danger. Or at least, leaving it up to individual people to weigh the danger for themselves. And elect to assume – or not assume the risks, according to their own best judgment.

This cuts to the bone of the issue.

While the MSM will continue to croak uproariously about the nefarious Takata Company – supplier of the defective air bags – I have yet to hear even a single croak about the government bayonets (figurative, but also quite literal; just try and say “no thanks” to anything government mandates) that forced car companies to install the damned things and so, forced people to buy the damned things.

And thereby, imposed risk on people. Threatened their safety. 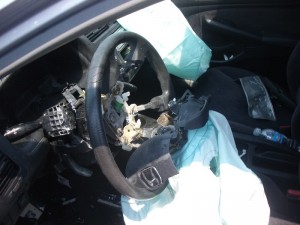 Consider: You are recovering in the hospital after having had your left eye gouged out and your face permanently ruined by a defective air bag. Would you be more or less upset had you been able to choose to buy – or not buy – the air bag when you bought your vehicle?

If you’d had the choice?

I’d be less mad, had the choice been mine. Especially since I’d have chosen not to have the air bag in my car – and thus, would still have my eye and my face would be no more disfigured than nature provided.

This applies just as squarely to not-defective air bags. People have been killed – and seriously injured – by them, too. And more and more likely will be, as they and their associated components age and degrade and begin to develop faults. Air bags have been in mass production since the ’90s, which means there are hundreds of thousands, probably millions of getting-elderly air-bag-equipped cars out there. Corroded (and loose) connections; buggy sensors. Whoops! The thing goes off for no reason at all while someone’s just driving down the road. Or does not go off at all when it should – as when the car strikes a tree at 35 MPH. 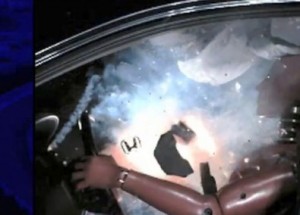 Both have happened already. And will almost certainly happen again. Old cars don’t break down. Various parts of them do. This includes the SRS (fancy name for the air bags and relates components) system.

Such inconvenient truths are not much bandied about when air bags are discussed. We’re told endlessly of the benefits; never the risks. Or rather, we’re told we’ll accept the claimed benefits – and that our concerns about the risks (and costs) are immaterial.

Hey, it’s only our lives (and money) being played with…

Maybe it’s only a “few” such. But by what right do some people endow themselves with the authority – enforceable at gunpoint – to play Russian Roulette with other people’s lives?

Or rather, that we accept the risks.

If you want to make an omelette… 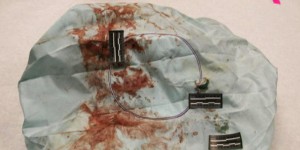 Like the proverbial idiot child given a machine gun by negligent parents, government can endanger people with impunity. Without the specific individuals behind the various actions of the government (such as the “safety” mandates that force-feed air bags and seat belts on people, despite both presenting real-world risks as well as benefits) ever having to worry about being held accountable for the negative consequences, unintentional or otherwise, of the ukases they foist onto others.

The mindless unfeeling arrogance is astonishing. The way these apparatchiks glibly, indifferently, toy with other people’s lives, like chess men on a board. Which they’re enabled to do because there are no repercussions for so doing. It is, indeed, their royal prerogative. In the “first night” sense.

They may use us as they please.

This is the essential attribute of the monarchical worldview. That there are multiple “kings” is of no real relevance. We are ruled by thousands – even millions – of “little kings,” each of them as haughty and entitled as an ermine-draped Napoleon.

And we must submit.

Does it make you angry?