Kaia Rolle was cuffed and stuffed – and booked and fingerprinted – for throwing a temper tantrum at school. In the video, we see Turner barking orders at the little girl:

“What are those for?” the girls asks when see sees the handcuffs she’s about to be mancled with – six-year-old girls clearly being a “threat” to the “safety” of armed government workers.

The AGW who cuffed and stuffed her, Dennis Turner, was fired almost immediately after the Hut! Hut! Hutting! but has not been charged with any crime. Child abuse, for instance. Kidnapping.

And this isn’t the only time this AGW has Hut! Hut! Hutted! a kid in the single digits. According to local news coverage, Turner arrested an 8-year-old child the same week and later that same day, he would arrest  another six-year-old.

According to the Orlando Sentinel, officers arresting children under 12 must receive approval from a Watch Commander, which is department policy. Turner failed to do this both times.

Back in 1998, Turner was charged with child abuse. He was suspended  – but not fired -pending the outcome of the investigation, the Sentinel reported. In that case, Turner was arrested after his 7-year-old son showed up at school with visible injuries from the abuse.

Exactly what happened after the arrest remains unclear.

In 2016, he was reprimanded for using excessive force after stunning a man five times with a Taser during an arrest, the newspaper reported. 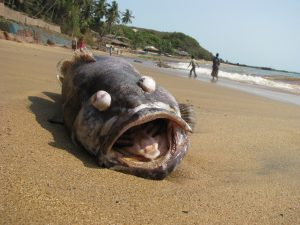 These are the “heroes” we’re supposed to worship as our saviors and protectors.

Not me. No thanks.

Fish heads, served cold and crunchy. Hell, they don’t even deserve that.

Speeding is a Capital Offense