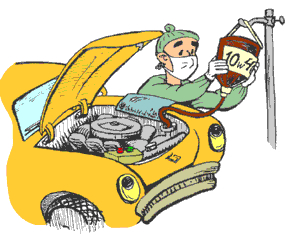 It’s a very common question – but it’s hard to get a straight answer. 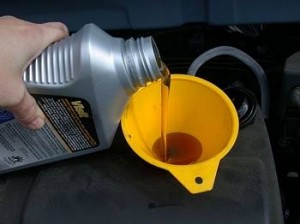 I’ll try to give you one.

On your particular car.

And how you drive it.

The older it is, the more often you’ll need to change the oil. Especially if it’s older than circa late 1980s and has a carburetor (rather than fuel injection) and does not have a computer.

Carbs have many virtues, including adjustability and fixability (fuel injection components are generally not adjustable or fixable; they’re pre-set to work a certain way and you replace not-working parts with a new parts). But, they are sloppy with the gas. Carburetors are basically little metal (alloy, actually) boxes filled with liquid gas. The gas is held in a reservoir called a fuel bowl – and it’s from here the fuel (along with air) gets sucked by vacuum into the engine.

These fuel bowls are prone to seep and leak; liquid gas washes down the engine’s cylinder walls and other metal surfaces (taking with it the protective film of oil that would otherwise lubricate the moving parts) and ends up mixed with the oil in the crankcase.

Oil and gas – just like oil and water – is not a match made in heaven.

Reagan-era (and older) cars with carbs also do not have computers to monitor – and automatically adjust – the air-fuel ratio, to prevent the engine from running over-rich (too much gas in the mix) or lean (not enough gas in the mix). Less than optimum combustion means more combustion byproducts, which means the oil gets more gunk in it sooner. This, in turn, compromises the oil’s ability to lubricate (and keep clean) the engine’s innards. Which results in more rapid wear and tear… and so on.

An aggravating factor back then was the oil itself. By current standards, the stuff we put into our crankcases even 20 years ago was the equivalent of Folger’s Crystals vs. Starbucks coffee.

But cars built since the mid-1990s through today have fuel-injected engines. The gas is fed to (rather than sucked into) the engine in a carefully atomized spritz. There’s no reservoir of liquid gas sloshing around in a fuel-injected system to dribble into the engine; also, the  computer monitors and adjusts the air-fuel ratio for optimum combustion. If something’s not right, you get a “check engine” warning to let you know. Ignition systems are also much-improved (and engine build tolerances much tighter now than in the olde days). Contamination of the oil is thus much less – and takes much longer. 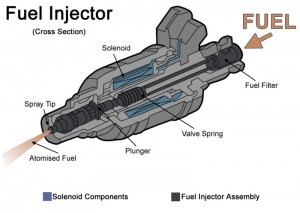 Oil quality is also much improved. Synthetic and semi-synthetics are now commonly prescribed. These offer more protection, especially under extreme conditions – and they maintain that higher level of protection for longer.

In some cases, as infrequently as once every 10,000 miles or even longer. Which is fantastic, especially given that some synthetics cost $10 (or more) a quart and even run-of-the-mill non-synthetic oil typically costs about $4-5 a quart.

But, you’ve also got to take into account how you drive.

If you read your vehicle’s owners manual (the service booklet may be separate) you’ll discover this – and specifically, discover something the salesman may not have told you when you bought the car: That the advertised long-duration changeout interval may not apply to you.

Because of the type of driving you do. 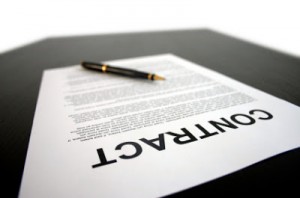 In the manual, you’ll usually find two service schedules. One for “normal” driving. The other for “heavy duty” (or “severe”) driving. The latter triggers a more frequent oil and filter change schedule than the best-case/long-haul scenario which may have been touted by the salesman (and featured in car company advertisements). The catch here is that most people assume that because they do not drag race or overload their vehicles, their driving falls into the “normal” category. But it may not. Short A to B trips, mostly stop-and-go driving, prolonged periods of idling the engine, prolonged periods of the car just sitting … these are a few examples of driving/usage patterns that can qualify as “heavy duty” or “severe” – and trigger the more frequent oil/filter changeout schedule.

So, remember: Don’t go by what the salesman (or service advisor – who is also a salesman) tell you. Check out the manual – and go by what it tells you.

It’s important you do so for the sake of your car’s longevity – and for the sake of your warranty coverage, which was carefully crafted by a room full of lawyers to give the company that made your car a plethora of ways to welsh on the coverage if something breaks. Keep in mind that almost anything major that could go wrong with a car engine can plausibly be attributed to an oil issue. 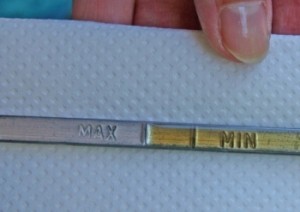 And it’s not just the intervals that are important to keep track of. It’s also imperative to use only oil (and filters) that meet the manufacturer’s specifications. That means type – and weight. Use no other. If you don’t – or, more to the point, can’t prove you did – then you could find yourself holding a weighty bag. This means keep records – and receipts. Document every oil/filter change, most especially those you do yourself.

One last thing: It’s still just as important to periodically check the oil level. Today’s cars may not burn oil as obviously as they did back in the RRRRRRReagan years. But they all burn oil nonetheless. It’s a function of combustion – and though the amount varies by car as well as age, over time, the oil level will decrease as oil is consumed.

Never make the mistake of assuming your crankcase is full.

Know that it is.

Check it once a month, at minimum.

If not, it’s on you if something goes bang.