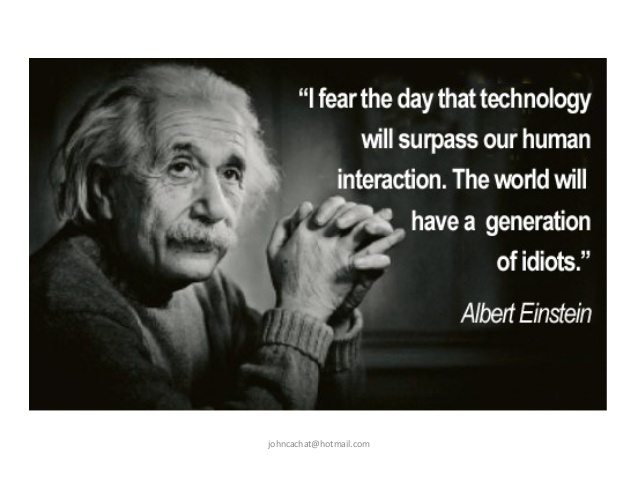 In re sail fawns: I hate them on principle. This whole business of being “reachable” at all times is sick and evil – as well as ironically impossible, because the fucking things don’t work! Every time I try to speak with another person who is on dey sail fawn, the call either drops or the conversation becomes hard-to-impossible due to interference. My $12 wall phone is completely reliable. 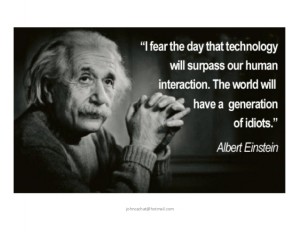 True, I cannot carry it with me everywhere – thank fucking god!

The world has gone stupid. People gulled by social pressure and narcissism to believe they just have to be gabbling away about The Bachelor (or whatever) all the got-damned time. And pay $90 a month to do it!

Remember Back to the Future? If you’d told 1985 movie-goers that in 2015, people would line up to spend $600 on a “phone” that was better at taking videos and selfies than making (or receiving) phone calls, you’d have been laughed out of the theater.

Squinty-eyed pinheads fingernail typing at a keypad smaller than a box of cigarettes. Incapable of having one-on-one/face-to-face human level conversations. Communication reduced to 15 character “tweets” (perfectly named) via texts. The next step down will be the elimination of words entirely. Just pictures. Maybe grunts and squeals, the pitch or tone signifying intent. Wasn’t technology supposed to smarten us up? Instead, it’s dumbing us down. And de-civilizing us along the way.

Maybe brain cancer is a blessing.

PS: Several people have sent in donations recently, but without giving a mailing address – so I can’t send out the EPautos “No Clovers!” stickers to them. Please remember to send in your mailing address if you’d like a sticker….gnomesayin’?