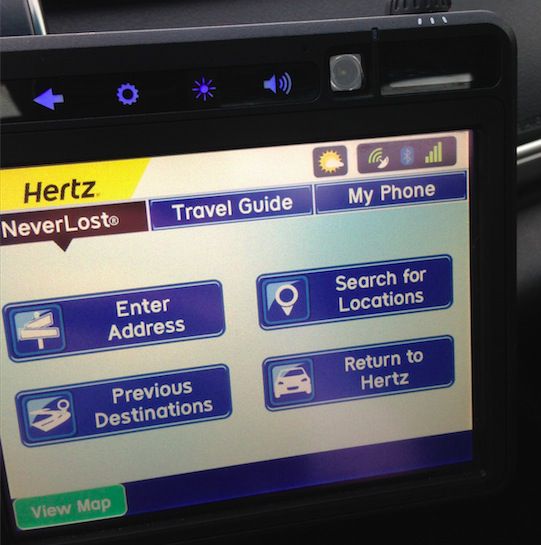 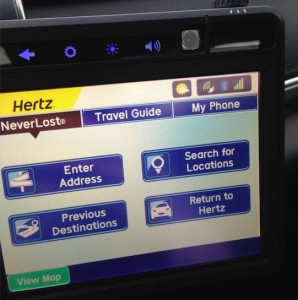 Usually, that somewhere is a backwater of some kind; only a few people are involved and the majority either are unaware it’s happening at all or they don’t care because hey, it’s not happening to them.

Until, one day, it does.

Over the road truckers were the first to be on the receiving end of speed limiters – and speed monitors – in their big rigs. And then came microphones – and cameras, too. For – of course – safety.

It is always for safety.

Because you can never be too safe, right?

But maybe they have rented a car recently. If so, their attitude may have shifted some once they closed the door and noticed the camera in their car. Well, it’s technically Hertzes’ car – but there’s the camera, regardless.

Hertz, it turns out, has been installing send-and-receive video cameras in some of its rental cars. Allegedly, to “activate live agent connectivity to customers,” says Hertz spokeswoman Evelin Imperatrice. In other words, like GM’s OnStar system except in addition to begin able to hear you, Hertz will be able to see you, too. 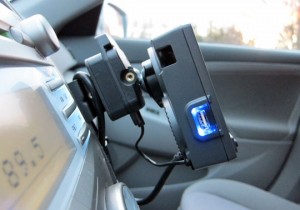 The system – Hertz calls it NeverLost (version 6) – is currently “inactive,” according to Imperatrice. Of course, it can be made active at any time.

And bet your bippie will be.

Hertz would not have gone to the trouble of installing these cameras in its fleet if they didn’t intend to use them. Imperatrice admits this, if elliptically: “We do not have adequate bandwidth capabilities to the car to support streaming video at this time.”

Ah, but that time will come.

“Hertz added the camera as a feature of the NeverLost6 in the event it was decided, in the future, to activate live agent connectivity to customers by video…”

Keep in mind that Hertz (and other rental car companies) already monitor such things as speed. Some even fine you for “speeding.” These are not government tickets, but rather “fees” tacked on – or rather, charged to your credit card. The cameras can – and will – be used to see who’s behind the wheel (making sure it’s you – to be safe) and that you are driving safely – as defined by Hertz. Better not engage in any in-car hanky panicky. Electronic Imperatrice will be watching. 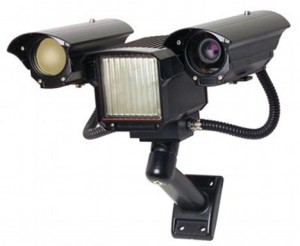 Everything that goes on in the car. Audio and video. The sheetmetal has ears – and now, eyes. It’ll put a damper on your next six-hour road trip. Keep your eyes forward and the conversation light (and politically correct).

Now, you may say – hey, it’s a rental car and no one’s forcing me to rent such a car. True. One can still “opt out,” so to speak, by not renting a car from Hertz. But it is probably inevitable that all rental car companies will shortly fit their cars with video/audio “connectivity” – and then you will have the same choice when it comes to rental cars that one has when it comes to flying anywhere in the land of the formerly free: Put up with it (groping/searching and now recording) or find some other way to get where you’re going.

Of course, even then, someone will probably be watching – and recording. In order to keep us safe and protect our freedoms, the government (federal and state) has been putting cameras – well, everywhere. And private businesses, too. It has been triggered – and accepted – in both cases out of a deliberately fostered mania that there are mortal “threats” everywhere. From street criminals (even though violent crime is actually declining and has been for many years) to the ever-present “terrorists” who hate us for our freedoms but by now really ought to love us given how little freedom we actually still have. 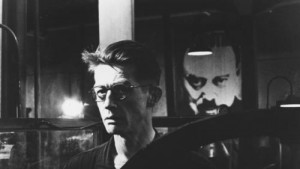 America, like every declining society before it, has gone neurotic. Fear rules. And fear is always exploited. Scare ’em witless, then tell them what to do. Stalin’s chicken.

How long will it be, do you suppose, before the video monitors almost all new cars already have will also feature “live agent connectivity”? Keep in mind that virtually all new cars – and those built within the past decade or so –  have the capability to record your speed, how “aggressively” you accelerate (and brake) as well as whether you’re wearing a seatbelt or not. All current-year luxury cars and most mid-tier cars have some form of onboard “telematics” or “concierge” system that puts you in touch with a friendly OnStar rep (or his counterpart at Lexus, Hyundai, Ford, etc.) and he in touch with you.

The cameras are just the next – the inevitable – step.

If it’s good for the truckers, isn’t it good for us, too?

Who could possibly object?

All You Need to Know