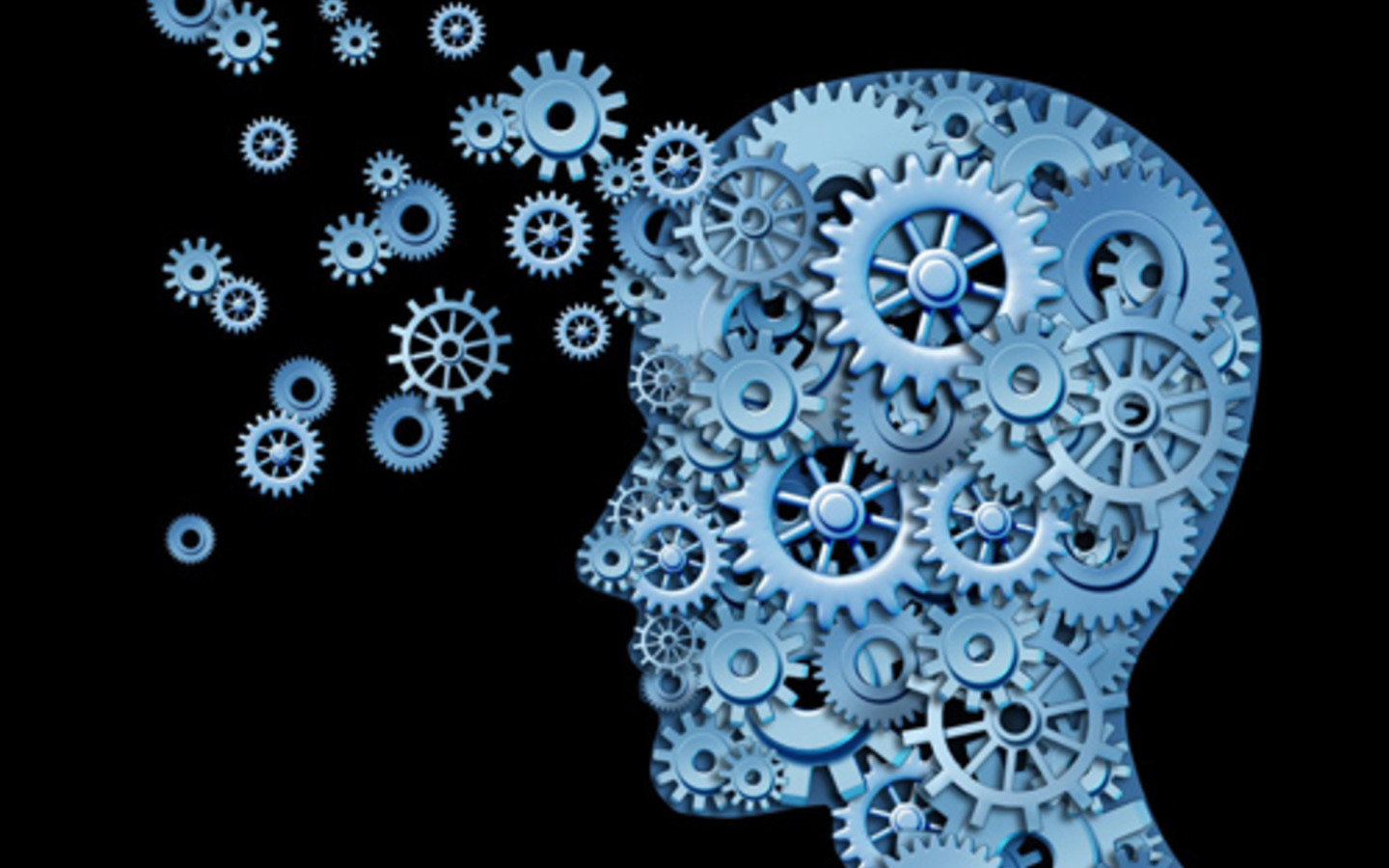 Cars are kind of unique in one important respect: Most of us have to have one, even if we don’t have a clue how they work. We – most of us – can avoid other things we don’t really understand, like differential equations. But cars are as much a part of modern life as clothes and just as hard to do without.

But, this leaves the not car-hip particularly vulnerable to things expensive, potentially dangerous – and which they don’t see coming because they don’t know what to look for. Things like… 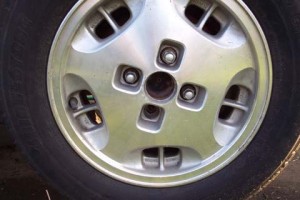 These are the bolts that hold the wheels in place. Most cars have four or five lug nuts per wheel. Each screws onto a threaded stud that sticks through holes in the wheels. Sometimes, a rushed or inexperienced technician (look out for these at quick lube joints, as well as – ironically – state safety inspection lanes at gas stations) will cross-thread a lug nut, or apply too much tightening pressure with his air gun. Air guns are common at shops because they’re quick and because they make the job of loosening and re-installing lug nuts less labor intensive. The problem is there’s not much tactile feel and it’s easy to cross-thread and over-tighten… and to snap off one or more of the studs.

Now, the right thing to do in such a case is replace the sheared off stud with a new one and not charge the customer. What sometimes happens, unfortunately, is that the tech doesn’t do that – and lets the customer drive off with four rather than five lug nuts (or three rather than four) which makes it much more likely that the wheel will shear off the car while it’s moving. This is, of course, potentially catastrophic. 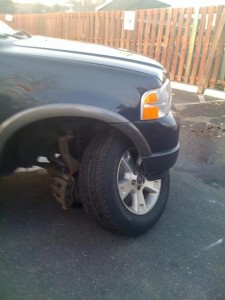 What to do: Whenever you have your vehicle worked on, before driving off – before paying the bill – do a walk-around of the vehicle and count lug nuts. If any are missing, if any of the studs they screw onto are broken off, call this to the attention of the shop’s manager. Hopefully, he will take care of it. If he refuses, drive the car – slowly, with extreme caution – to another shop and have them fix it.

Then report the first shop to the local BBB and anyone else who will listen.

If more than one lug nut is missing (more than one stud sheared off) do not drive the car, period. If necessary, have it towed to another shop.

Also: It’s a really good idea to ask that the shop install the lug nuts by hand, using a tool called a torque wrench rather than an air gun. This will help avoid the problem of over-tightened lug nuts, which are not only sometimes a real bear to subsequently loosen and remove by hand if you have to (as when you’re stuck by the side of the road with a flat tire) but which can also warp brake disc rotors, which typically means replacing them once the damage is done.

* Under (or over) filled crankcase –

Many quick-lube places do not pour fresh oil into your engine quart-by-quart. They use a gun-like tool that transfers oil from a large container, such as a 50 gallon drum. Ideally, the amount is metered – and ideally, they check to be sure the right amount has been added. Neither too little nor too much (either is bad; too little oil can lead to oil starvation, overheating and catastrophic engine failure while too much can lead to aeration – “foaming” – of the oil and similar major problems). Unfortunately, as a result of rushing or ineptitude, it sometimes happens that your car’s engine gets over (or under) filled. If you don’t notice this, assume all’s ok and drive the car around, not only could you end up with a big bill, the shop responsible may deny responsibility. They may say the car was fine when it left the shop, the engine filled with just the right amount of oil – and they can’t be faulted for what someone else (they’ll claim) did later on down the line. 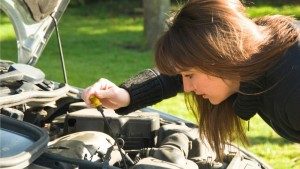 What to do: Before you drive off, pop the hood and check the dipstick. Anyone can do this. It does not require tools, it does not require special knowledge or skills. The primary hood catch will usually be somewhere inside the car, on the driver’s side, near the footwell. Your owner’s manual will tell you exactly. Pull this, then go outside and pull the secondary catch near the grille area that keeps the hood from popping open while the car’s moving (in the event the catch inside the car is inadvertently pulled). Now raise the hood and look for the dipstick. It will usually be obvious, with a yellow or orange handle. With the engine off, pull it out, wipe it clean with a rag or paper towel, then reinsert it in the tube. Now pull it out again and check the level against the marks on the dipstick. There will usually be a mark (or range area) that indicates “full.” If it’s low – or high – or if you have any doubts, go inside and ask the store manager to come out and have a look. Do not drive off until you are confident your car has the right amount of oil in the engine, neither too much nor too little.

PS: The oil on the dipstick should appear clear/translucent, if it was just changed. If it is dark brown (or black) the shop may not have changed your oil at all.

It may be that it was in good roadworthy condition at the time of the inspection. That does not mean it’s in the same condition today – or will be in the same good condition two months from now. Tires, brake pads and suspension components wear as the car is used. Rubber (as in windshield wiper blades) oxidizes from exposure to UV rays and becomes brittle. Exhaust systems rust. All a valid state inspection sticker tells you is that on the date the vehicle was inspected, everything was within legal limits. The inspector is legally obligated to “pass” the car. But he may neglect to tell you that certain things just barely made the cut. Your tires, as a for-instance, might only have 20 percent of their usable tread left. Your brake pads may be worn to just a fraction of an inch of being too worn to pass muster. But your car passes, you get the new sticker – good for a year, usually. However, you may need new tires before another month goes by. Same with other wear parts.

A very real problem with these state-mandated “safety” inspections is that they arguably impart a false sense of security and encourage people to just as assume their car’s ok – fit to drive – until it doesn’t pass inspection. 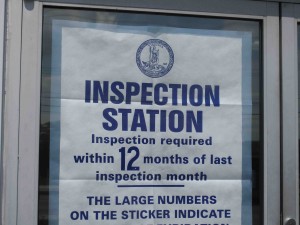 What to do: Ask the inspector whether the car’s tires, brakes and so on are probably going to need attention before the next inspection – a year down the road. If he says yes, keep on top of those items and get them fixed before they become a safety hazard – which will probably be long before your next state safety inspection.

Remember: If you get into a wreck on account of a problem with your vehicle and you cause damage or injury to some other person or their property, you can be held civilly and perhaps even criminally liable. That is to say, you are not legally (or morally) entitled to drive around on bald tires just because three months ago your car passed safety inspection.

One doesn’t need to be a mechanic – or even pop the hood – to periodically look at all four tires to make sure they are not obviously worn out (and to look for any obvious signs of structural damage or impending failure such as a rip or bubble on the sidewall). You can also take preventative steps as soon as you notice any meaningful change in the way your car handles and brakes. If you feel pulsation through the brake pedal or hear grinding/screeching noises – that’s a clue. If the steering wheel is vibrating, it’s a clue. If there is a new noise coming from somewhere… it’s clue.

Have it checked out as soon as possible.

No matter what the sticker on your windshield says.