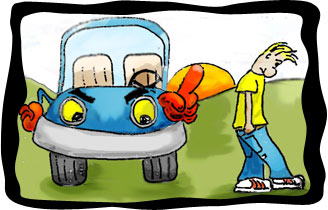 Well, maybe hate is too strong. 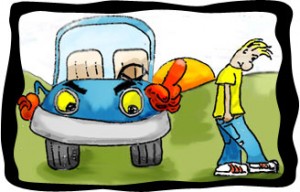 But they sure seem not to like them very much. As evidenced by the fact that a record-high percentage haven’t even got a driver’s license – and have no intention (according to what they tell researchers) of ever getting one.

Pushing 30 percent (and upticking each year) of present-day 19-year-olds.

As contrasted with almost no 19-year-olds back in the ’90s and before.

They are opting out.

Cars – and driving – are no longer a ticket to ride, for teenagers or otherwise. But especially for teenagers, who’ve been singled out for enhanced hassle – ostensibly because they are “inexperienced” and thus, apparently, to be be presumed dangerous (though this principle has yet to be applied in similar fashion to the experienced but aged). One wonders how they are to be expected to acquire experience when they are discouraged from becoming experienced. 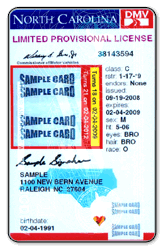 A driver’s license has become the two-legged analog of the tags punched into the ears of cattle to keep track of them. Us (that is, adults), too. And driving has become so controlled, so micromanaged that it’s not unlike having to get formal, explicit (and perhaps soon, written) consent before each “base” is covered when you’re making out, as demanded by some 190 proof feministas.

In other words, not much fun.

Which is – typically – an issue for teenagers.

Teens are anxious above all to become adults, which entails being able to do as adults do. A driver’s license at 16 used to facilitate exactly that. Its possessor could drive anywhere, anytime – just like an adult. It was tangible, real-deal freedom. Not so now. Many states do not allow full-access driving privileges for years after a young person’s 16th birthday – in some cases, not until the age of 21. The license is highly conditional and extremely restrictive. Even more so than it is for the rest of us. The budding driver may not, for instance, drive with other teens in the car. Nor past a certain hour of the evening. In some states, teenaged drivers are required to have special plates affixed to their cars – which is an embarrassment. Not too far removed from requiring them to wear diapers – just in case. 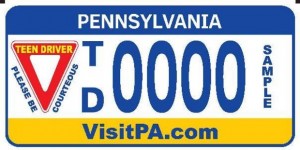 Would you want to go through the hassle – and expense – of getting a government permission slip to drive if such conditions were imposed on you?

There is also the vicious “zero tolerance” nonsense that imposes disparate punishment on teens because they are teens. A person over the age of 21 is considered sober – or at least, not legally “drunk” – in most states until their blood alcohol level is at or above a certain arbitrary threshold. But if you are a teen driver less-than-21 years of age and the faintest whiff (literally) of alcohol is detected, you are considered legally “drunk” and can expect to be taken to the equivalent of Orwell’s Room 101.

Mind, as with all “drunk” driving cases, the state need not present any evidence of actually impaired (let alone “drunk”) driving. It is simply presumed one is “impaired” (and “drunk”) according to the state’s arbitrary BAC charts – which in the case of teens (and the youngest 20-somethings, too) encompasses any BAC whatsoever, no how minute. And it need not even be blood alcohol content. If a teen hangs out with some friends – one of whom is drinking and accidentally spills some beer on him – the mere presence (detected by smell) of that beer on the clothes of the not-drinking driver is sufficient provocation to seize his already limited license and cart him off to the clink. 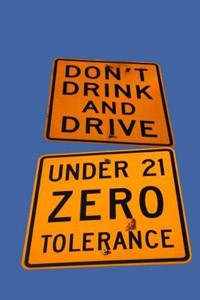 So much for equal protection of the laws – another 18th century concept that’s been thrown in the woods, along with the fourth amendment’s curious idea about citizens who’ve given no specific cause for suspicion not being subject to unreasonable searches and seizures – a burden that the courts have decreed far too onerous for the efficient enforcement of the laws.

* Teenagers are denied full driving privileges for years – for the duration of their teenaged years, in many instances.

* Teenagers are subjected to public embarrassment via special license plates on their vehicles, the equivalent of being required to ride the short bus to school.

* Teenagers are treated unequally (more severely) by the law – subject to being punished for offenses that do not exist for (arbitrarily defined) “adult” drivers.

Add to this the Wet Nurse “parental control” electronics being fitted to new cars such as real-time monitoring of where, when – and how fast – a teenager drives (these technologies soon to be applied to the over-21s, too). Limits on speed, limits on radio volume. “Geo-fencing” (no, really). The list is long – and growing. 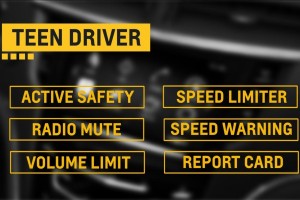 It does not take an academic study to suss out the implications. Teens are doing the only thing left to them:

They are opting out.

Just as many people have decided it’s no longer worth the hassle to fly. At least at home, one’s crotch is still sacrosanct. You only have to take off your shoes if you feel like it. And if someone tries to rifle your pockets or belongings you may (for now) defend your pockets and belongings from such assault.

Each year, it seems, the circle grows a little smaller.

Obtaining a driver’s license – and one’s first car – was once upon a time (and not all that long ago) perhaps the number one priority of every soon-to-be 16-year-old. After, of course, the other thing. Which was very much enabled or at least made more potentially realizable if one had one’s own set of wheels and the freedom to jump in with another teen, hopefully of the opposite sex – and take that first bite of adult life.

That’s now denied in the interests of “Keeping kids safe” … by preventing them from ever becoming adults.

It is useful training for the world that awaits them.