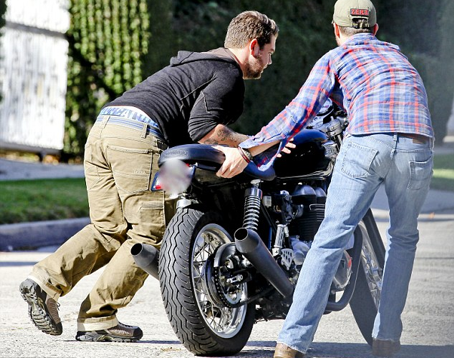 The other day, I decided to go for a ride on one of my motorcycles – my old, reliable, never-let-me-down ’83 Honda GL650 Silverwing. 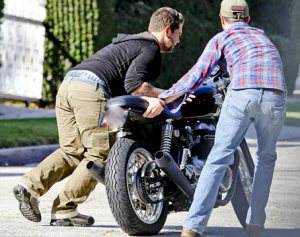 It let me down.

Keyed the ignition to “run.” Green light for neutral. Fuel tap on. Ready. Pushed the button. Got nothing. This bike has no back-up kicker (damn!) so without the electric starter, you ain’t a’ goin’ nowhere, city boy. Lucky for me, this happened in my garage, so the urge to freak out was considerably less and besides – I am a wise Jedi now and know not to freak out, regardless. Because 50 percent of the time, the problem is something minor – and often fixable on the spot. A teenaged me might have just assumed: The starter is dead. Pull it (and pay $300) and install a new one. Older, wiser and been there/done that me knows to not assume the worst.

And most of all, to not assume anything.

Even if it’s a worst-case scenario, getting mad – and getting stupid – is not going to help.

I’ve learned to begin with the simple stuff, process of elimination-style. Work your way up. Differential diagnosis, as applied to a machine. In this case, the first things to check and eliminate as potential sources of trouble (after making sure the battery was charged and the ignition button wasn’t faulty) were the wires/connections and the fuse at the starter solenoid – which is located remotely on this bike (near the battery and not actually bolted to the starter itself). The fuse was ok but it turned out one of the cables at the solenoid was a little jiggly. Loose enough, apparently, to render the starter temporarily inert. Battened down with the trusty 10 mm wrench (fixes almost anything on a Japanese bike) and old reliable was, once again, reliable.

This kind of thing is something anyone can do. And should do – or at least, try. Because – obvious reason – you might find/fix the trouble yourself. But – not so obvious reason – you’ll avoid the potential for epic rip-off by a shop that knows a rube when it sees one and tells you that – yep – the starter’s dead and that’ll be $500 for parts and labor, please. Becoming even casually familiar with your machine will greatly reduce the chances of this happening. At the least, you will have some clue what they are talking about when you take it in – and they will know you have some clue about what they’re talking about. Which is as valuable as street thugs believing you might have a gun tucked under your shirt.

Sometimes, the problem is more serious.

I once had an overheated/under-oiled two-stroke lock up on me with the bike moving. Which locks up the rear wheel while the bike’s moving.

No fixing this by the side of the road. 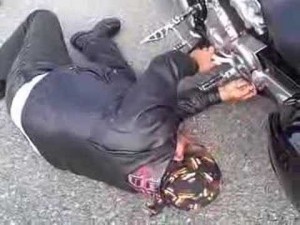 But not necessarily a throw-it-away situation, either. Be calm. Be chill.

I called a friend with a truck and got the crippled bike home, left it to cool overnight. The next day, I removed the spark plugs and drizzled in some penetrating oil. Let that work for awhile. The day after that, I found I could rotate the engine manually with a breaker bar. This meant – rebuildable.

Which as it turned out, it was.

Point being – things will happen. It is par for the course. Be Zen. Accept – and deal. It will usually make the experience less stressful. Sometimes, you’ll even have fun. Old bikes especially are entertaining this way.

Like my ’76 Kz900 that randomly stops running about once every three years. Shorts out, rather. Blows the main fuse. I have no idea why. Other than it’s old and like old people is subject to occasional mini-strokes. The fix is to keep several extra main fuses under the tail for just-in-case. Roll to the side of the road, pop a fresh one in, good to go for another three years. 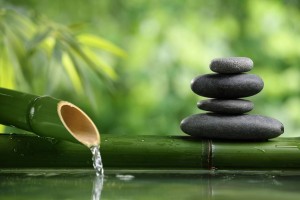 This, by the way, is why I prefer the Old Stuff to the New Stuff. The Old Stuff will crap out on you every once in awhile. But when it does, it is almost always either roadside fixable or in-the-driveway fixable. Because the Old Stuff is 95 percent mechanical – stuff you can lay hands on and see whether it is working or not.

The New Stuff is probably 20 percent electronic. Software cannot be seen, you cannot lay hands on it. When it works – which it typically does for years, without the slightest hiccup – you have no worries. But when the digital dash goes blank, the warning lights come on – and the bike becomes inert – it is almost never roadside fixable. The Man will usually be involved.

You’ll either figure it out – or someone else will. Either way, it’ll get resolved.

And the world will continue to turn!