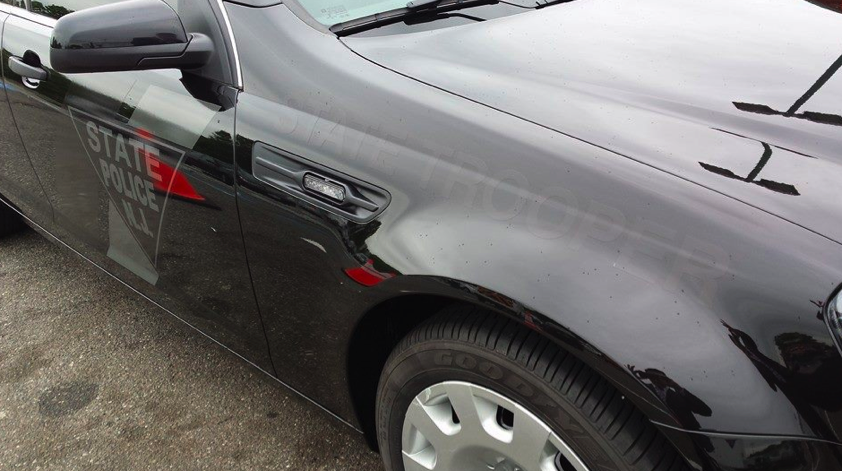 Wouldn’t it be easier if they just hit us all with another once-annually additional “fee” (that is, another tax) that would be due Jan. 1 and otherwise left us alone on the roads unless we actually caused an accident? 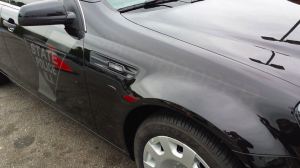 Instead of cops lurking in cutouts on the highway, radar guns at the ready, fleecing people at random – why not just cut ’em a check every year and end the dog-and-pony show that goes on countless of thousands of times every day by the side of the road – and later on, in a court?

It’d be so much easier for everyone.

The dog-and-pony show must go on. The system must assuage its vestigial guilt over the literal highway robbery that occurs every day by telling itself – and hectoring us – that it’s all about “safety.”

How do I know it’s bullshit? How can I prove it is?

Merely by pointing out that if the object of the exercise actually was “our safety,” then such a thing as unmarked cop cars would not exist. The fact that they do exist proves that what they’re after is money above all else. 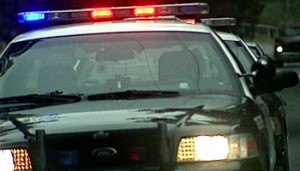 They want us to do something actionable – so that we can be issued a piece of payin’ paper. Think about it:

Marked cop cars have what effect on drivers?

Everyone slows down to within – and often, below – the posted limit. No matter how preposterous it happens to be. Well, if what they want is for us to “slow down” – for “safety” – then, mission accomplished.

Would it not increase “safety” to increase the number of marked patrol cars in circulation rather than cammo them up? Probably, the presence of a single marked cop car has more deterrent effect than three or four – or even half a dozen – unmarked cars. The marked car has a multiplying effect. Everyone within its orbit “slows down” (for “safety”) and not only that, cars outside the immediate orbit are also effectively compelled to “slow down” by dint of the fact that the cars within visual range of the marked cop have slowed down. Which slows everyone down.

It has what the “safety” crowd likes to call a calming effect on traffic. 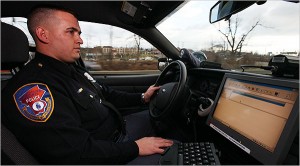 Unmarked cars, on the other hand, cull individual victims from the herd – and have little deterrent effect on the herd. Everyone’s driving along – usually at well above the posted limit, because the posted limit is invariable set significantly below the 85th percentile speed (more about that here). The unmarked cop picks out one of them – because he can only deal with one “speeder” at a time – and pulls that car over. Meanwhile, all the other “speeders” continue to “speed” – which is so very, very “unsafe.”

But if so, the object ought to be slowing them down to “safe” speeds (reflexively defined as whatever the posted speed limit happens to be, subject to random change at any time by whim of the local bureaucrats). In which case the obvious solution is to deploy more marked cars, sufficient to saturate the roads.

This would end “speeding” – or greatly reduce it. Which would make “our roads” (as they always style them) oh-so-safe.

But it would be far less profitable – and there’s the rub. 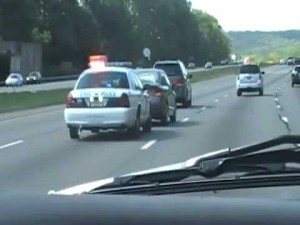 “Speeding” is desirable – from the standpoint of revenue collection. If people did not speed, after all, there would be less revenue.

And so, “safety” be damned.

This explains why cop shops are deploying more rather than fewer unmarked cars – including (as in New Jersey; see here) what are styled “ghost cars” with markings that can hardly be seen unless the cop is literally right next to you (and soon, behind you) specifically to “catch dangerous drivers who behave in the presence of marked cars,” according to State Police Captain Stephen Jones.

But why not take steps to cause drivers to “behave” all the time rather than some of the time?

Because it’s about money – as much of it as they can mulct.

There are cities and whole counties that are massively dependent on the in-flow of cash generated by traffic fines (i.e., random road taxes). And not just the fines/taxes for “speeding.” Having an excuse to pull you over also gives the cop the excuse to “smell marijuana” and – under asset forfeiture laws – literally take your vehicle. Which is a nice little haul for the cop shop. Or whatever cash you have on your person – if it is “excessive” (not defined) and so considered not just prima facie evidence of but proof that you are a “drug” dealer.

Until you prove otherwise. 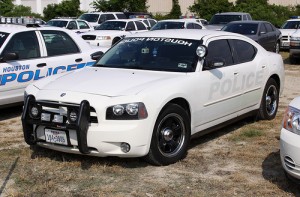 Failing that, there are other options. Windows too tinted. An “obscured” license plate. Not buckled up for safety.

And would be much less so – if marked rather than unmarked cars predominated.

Well, why not just send everyone a bill once a year instead? They’d get their money – and we’d get some peace of mind. The roadbound kabuki opera would be done with. We could get where we’re going in peace – if at a cost.

Send us a bill – and spare us the prattle about “safety.”

It Used to Be Fun