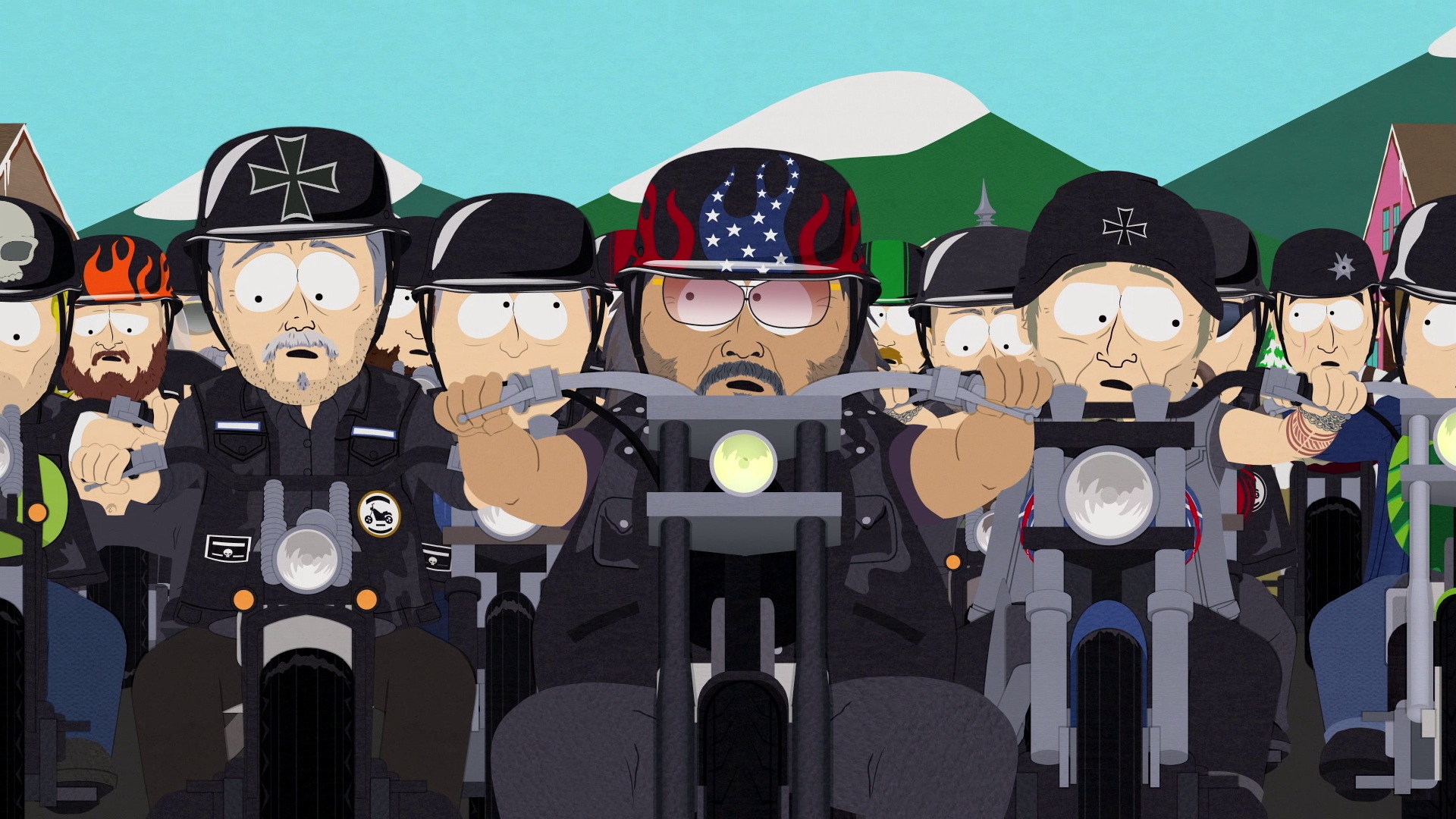 What they say may be true. 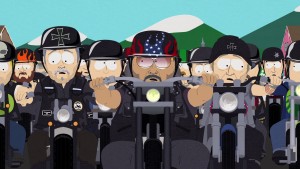 Or at least, it’s why so many went Jap back in the day.

I have been working on an ’80 Harley Sportster for about a month now. Mark that. Working on an ’80 Sportster. Not riding the thing. I understand now why they’re often referred to as Hardley-Ablesons. You get one running, maybe. But not for long. Then you go back to working on the bike.

This, apparently, is part of the mystique.

Also, the random mix of metric and standard fasteners. It doubles your pleasure.

Even more so, brilliant design such as the absence of sufficient clearance for bolt heads such that you cannot get a socket on them without either grinding down your socket so thin it’ll clear the hair-width’s gap between say the side of the starter solenoid bracket – or using an open wrench on the bolt and working it out, torturously, a quarter-turn at a time.

If, that is, you can get the wrench on the bolt.

On the Sporty you usually can’t.

Yes, they designed it this way. 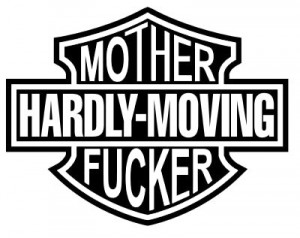 Have you ever tried to set points on a Harley? (And, yes, this 1980 model bike has points. It also has a generator.) On every Japanese bike I’ve worked on – which is a lot of bikes, all makes – the engine is designed such that it can be turned over manually using a breaker bar/socket or even just a wrench. There will be a bolt on the engine – connected to the crankshaft – for just this reason. Because routine maintenance (e.g., setting points, checking and adjusting valve clearances) involves slowly rotating the engine, so as to get a piston at top dead center, etc.

You do not use a breaker bar or a wrench on a 1980 Sportster.

You use a jack – and your hands.

First, raise the rear wheel. Now, use your hands to try to get the transmission into fourth gear. This is so as to make the engine easier to rotate… by turning the rear wheel. Which – with the tranny in gear – will move the engine’s reciprocating assembly.

You will need two people.

It also helps to remove both spark plugs.

Have you ever heard the story about the West’s first hands-on look at a MiG 25? The Mach 3-capable Soviet interceptor was considered – thought to be – incredibly advanced. (How else did it achieve Mach 3?) The West was desperate to have a look, but this was hard given all MiG 25s were in the Soviet Union. Then one day in 1976, a Soviet pilot – Viktor Belenko – defected to the West by flying his MiG 25 to Japan.

His plane was thoroughly dissected.

The only reason the MiG 25 went as fast as it did was because the Soviets installed a pair of monstrous Tumanksy R-15 afterburning turbojets. 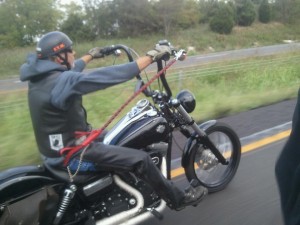 It makes a lot of noise – when it runs. But this is the equivalent, in motorcycle terms, of a toothless dog that barks a lot.

The big twin does make a lot of torque, so it pulls like a diesel (again, when it runs) and so only needs four forward gears. But you won’t get very far – and not just because it’s likely to break down. The Harley’s gas tank holds a little more than two gallons of fuel. Most Jap bikes have twice as much capacity – and also go twice as far on each gallon. One of my old Jap bikes – a ’76 Kz900 – gets about 40 MPG. And it has a dual overhead cam engine which is made entirely out of aluminum whereas the pushrod-actuated Harley “Ironhead” has – yes – cast iron heads and cylinders. The Hardly gets maybe 20.

So half the mileage – with about half the fuel supply.

Not having much experience with these bikes, I assumed someone in search of a chopper or bobber had added a tiny tank for aesthetic reasons. People do such things.

You do not expect the factory to do such things.

The Harley factory did such a thing.

It is supposed to be this way. This is how the bike was designed. 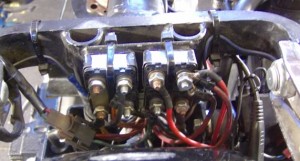 So also the absence of fuses. There are breakers instead. And they tend to break. Possibly because the bike vibrates like an old F100 with a broken engine mount and four cupped tires and blown shocks, with the leaf springs poking through the rusted out floorpans. Possibly also because Harley “engineers” located the breakers – with exposed metal contacts – directly facing the battery and within easy arcing distance of the battery cables or your wedding ring, if you stick your hand down there.

Every Jap bike I have ever dealt with has its electrical panel located away from the battery. Usually, under a side cover. So you can access the relays, fuses and so on without having to pull the battery. Which, of course, you must do on the Harley, in order to access the breakers. Which also requires unbolting the seat. Which requires tools – which you may not have out on the road.

Taking off the micro-sized gas tank also requires tools – and fairly extensive disassembly. There is a long bolt up front that runs through a bracket that also holds the ignition coil. There are spacers and washers galore. Then there is another bolt – mounted under the rear of the tank and not easy to see or reach. Both of these bolts must be removed before the tank can be removed. With Jap bikes, it is – typically – one bolt, at the rear of the tank. Under the seat – which often pops off using the key. Then just slide the tank back a little and take it off. My teeth are beginning to ache.

It is not my intent to mock Harleys.

Merely to warn you.

We depend on you to keep the wheels turning! As you can see from the pie chart (on the main page, top right column) we’re still a little low at the moment. Please help, if you can.

Do You Remember When?