America is becoming unrecognizable. The landscape is still familiar; the flag looks the same. But it is a changed placed.

And some places are more changed than others.

In New Jersey, the state Supreme Court has just ruled that a cop can search your vehicle if you are pulled over for any reason – and without a warrant.

A defective turn signal, for instance.

Or a seatbelt “violation.”

Basically, the NJ court has ruled that once a cop turns on his emergency lights, your Fourth Amendment rights have been forfeited.

It used to be (and still is, in other states) that more in the way of evidence or at least, “reasonable suspicion” that the car’s driver or occupants had done something else (besides the alleged traffic infraction) was necessary before the cop could – legally – search the vehicle.

Not buckling up for “safety,” for instance, was insufficient, by itself, to legally justify searching either the driver or his vehicle.

The cop needed a warrant. 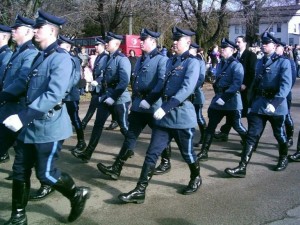 “I do not consent to any searches.”

It used to be that the cop was empowered to check the driver’s papers (license, registration, proof of insurance) but – absent some additional grounds for suspicion – that was as far as he could take it.

Which of course frustrates cops – who view any restriction of their power over us as an intolerable affront.

The NJ ruling (5-2 in favor) affirms this viewpoint.

Keep in mind that there is almost no legal impediment standing in the way of a cop lighting up his flashers and pulling you over. You were (he will later say) driving “erratically.” Your headlights are “too bright.” The tint of your windows “too dark.” The cop says you tossed a cigarette butt out of the window. Gave him a hard stare. Didn’t stare. 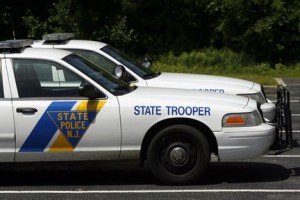 It can be almost anything – which means, it can be nothing at all.

What prevents a cop from pulling you over at whim? Is there any circumstance, any mechanism, anything at all that a motorist has in the way of immunity from being pulled over at random? There is none such. The cop turns on his lights, you are required to pull over.

And now – in NJ – you’re required to submit to a search, too.

Of a piece with TSA searches, which are also random and arbitrary, requiring nothing more than a TSA cretin’s decision to single you out. Frown at the blue-suited clown and it is sufficient warrant to proceed without a warrant.

Don’t forget that even driving the speed limit is now grounds for a pull-over. Cops take the position that this is “suspicious” behavior because – after all – everyone speeds. If you’re not speeding, then – clearly – you must be trying to hide something.

And then, if you’re “too polite” once actually pulled over… well, that’s “suspicious” as well. 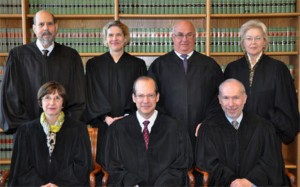 That the previous requirement that a cop had to have a warrant based on probable cause – something more than a mere traffic infraction – in order to have the legal authority to search the vehicle “…place(s) on law enforcement unrealistic and impractical burdens.”

“The current approach to roadside searches premised on probable cause – ‘get a warrant’ – places significant burdens on law enforcement.”

Precisely as the Constitution (RIP) intended.

It’s the whole point of the thing. It – the Bill of Rights – was written specifically to make it harder for “law enforcement” (an odious modern term that fits our age; of a piece with “troops” rather than soldiers and, of course, the “homeland”) to defenestrate the people. 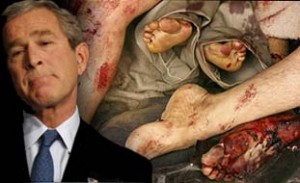 This approach certainly makes it easier for guilty individuals to “get away with it” – everything from driving drunk to much worse things. But the upside is (well, was) that it also made it much harder for the most dangerous entity on this earth – the government – to “get away” with abuses on an industrial scale.

Think about this a little.

Even the worst of us, as individuals, can only do so much damage. How many did Ted Bundy kill?

How many did George W. Bush have killed?

Bundy had only two hands. The government has millions of hands.

Bundy acted outside the law.

The government acts under color of law.

You can (legally) defend yourself against a Bundy.

You cannot (legally) defend yourself against the government.

Resistance is not merely futile – it is illegal. 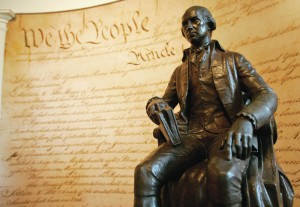 The Bill of Rights – tacked on to the Constitution by in retrospect justly suspicious anti-federalists such as Madison and Mason (and supported by men like Jefferson) was meant to be a kind of warranty against tyranny. Which was defined by them as something governments – not individuals – did.

The King. Parliament. And later, the infant federal colossus shaking its rattle in the dismal swampland near the Potomac River. The anti-federalists saw what was coming and tried to hedge against it. Tried to bind the infant colossus. Check Food Lovers Specials and Game Specials. On the view that once unbound, the damage such a creature is capable of causing is almost without limit.

They should have strangled it in its crib. The human capacity for harming other humans is directly proportionate to the power wielded by some humans over other humans.

This is the crux of the matter – which (benign view) either the NJ “justices” did not grok or (cynical view) they do grok – and ruled as they did precisely for that reason.