Summer’s coming – and so (probably) are higher gas prices. There has already been a nationwide uptick of about 40 cents a gallon over the past few months – and we’re still a few weeks away from spring. It’s likely we’ll see over $4 a gallon gas after spring arrives – and maybe more than that by high summer. (In California, gas is already close to $5 a gallon.) 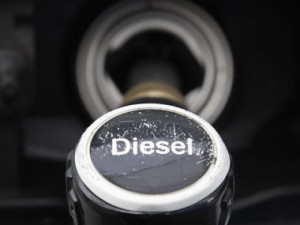 Even “cheap” $3 a gallon gas is about twice as expensive as it was just a few years ago. We’ve just become used to it. But that doesn’t mean we can afford it.

Diesel-powered cars could be our salvation – and a bunch of new ones are going to be available within the next 6-12 months, including diesel versions of the 2014 Jeep Grand Cherokee SUV and Chevy Cruze and Mazda3 compact sedan/hatchback wagons. These will go much farther on a gallon of fuel than their gas-engined equivalents. The diesel Cruze and Mazda3, in particular, should be capable of averaging close to 40 MPG – and (unlike most hybrids) remain exceptionally fuel-efficient at highway speeds.

But, there’s a fly in the soup. Three flies, actually. 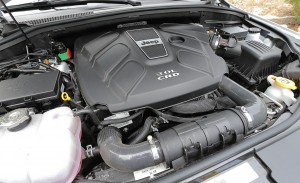 First, there’s the higher initial cost of a diesel-engined car vs. its gas engined-equivalent. The MSRPs of the ’14 diesel Grand Cherokee, Cruze and Mazda3 haven’t been revealed yet, but in the past – and right now – a diesel typically costs about $2,500 more “up front” than the same car with a gas engine. Sometimes, considerably more than that. As an example, a 2013 VW New Beetle diesel lists for $23,295. The standard New Beetle (with gas engine) stickers for $19,795. While the diesel Beetle is much more economical to operate (28 city, 41 highway vs. 22 city, 31 highway) it’ll take at least a few years of driving to work off the diesel’s $3,500 price premium. And that’s assuming you’re in a position to do so. For many buyers, ponying up an extra $3,500 at buy-time (or finance time) just isn’t doable – even if the car costs less to operate. 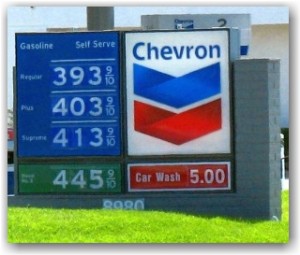 Second, there’s the fuel issue. Though a gallon of diesel will take you farther down the road than a gallon of gas (especially a gallon of ethanol-adulterated “gas”) it also costs more to buy the gallon of diesel – chiefly because of government “ultra low sulfur” diesel fuel requirements. Diesel used to be cheaper to buy than gas, in part because diesel used to cost less to refine. Now, it costs more – because of the ULS requirements, which have increased refining costs significantly. These costs – imposed by the government – are passed on to consumers.

At the time this article was written in early March 2013, diesel was selling for just a few cents shy of $4 a gallon in the Southeast – about 30-40 cents more per gallon than regular unleaded. That’s no small thing when factored out over a period of years. It could in fact be a large enough thing – if that 30-40 cent per gallon spread stays roughly constant during the years you own the vehicle – that (combined with the higher up-front costs you had to pay) you end up about the same (money wise) as you would have had you bought the gas-engined version of the vehicle. 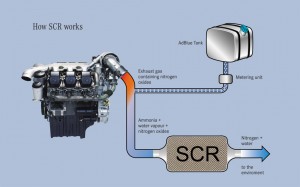 Which brings me to the third issue – which is related to the second issue (ULS diesel fuel). To comply with ultra-strict tailpipe emissions requirements (specifically, oxides of nitrogen) many new diesel-powered cars have some form of urea injection. The urea is not burned in the engine but sprayed into the exhaust stream to chemically alter the exhaust before it leaves the tailpipe. It is akin to catalytic converters in gas-engined cars, but with a difference: The urea tank must be periodically replenished. And the urea isn’t free.

So, how much does it cost?

It’s not a huge expense – in isolation. But when you add that expense to the expense of the diesel vehicle itself (a new Benz ML350 diesel stickers for $51,270 vs. $49, 770 for the gas-engined equivalent version) then factor in the higher cost of the diesel fuel, diesel loses a lot of its economic luster.

However, there are a few important things that must also be said in defense of diesels – things that can greatly compensate for the issues raised above. 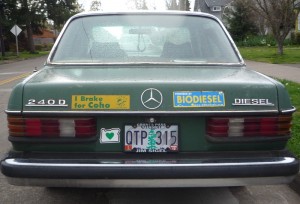 First, diesels last. Because they (usually) have extremely high-compression ratios (to ignite the fuel by pressure and heat rather than spark, as in a gas engine) they are (again, usually) built much stronger – tougher blocks, tougher internals. Built right, treated right, a diesel engine should be capable of at least 200k – without more than routine service. That’s how you can make your money back – especially relative to a hybrid car. While hybrids have proved to be very reliable and durable, their gas engines – and electric batteries – aren’t made to go a quarter-of-a-million miles. Diesel engines – historically – have gone that far routinely. But remember: To make the math work for you, you’re probably going to have to put a lot of miles on the clock.

Second, diesels – modern diesels – perform. As in – they accelerate. Quickly. Unlike most hybrids. Which don’t. A modern diesel-powered car is fun to drive.

And, lastly, in the event things really go sour – as in a SHTF-type of scenario – it will be much more feasible to keep a diesel-powered vehicle going, because (leaving aside the issue of emissions) you’ll be able to use home-brewable biodiesel, even perhaps waste vegetable oil. Gas, on the other hand, is a much more refined fuel that requires the facilities of a refinery.

* The cost quoted of adding urea assumes you buy – and add – the urea yourself. If you pay the dealer to do it, the cost can be much higher. Consumer Reports had a dealership refill a Benz G-Class diesel and were presented with a bill for $317 for 7.5 gallons of Adblue.