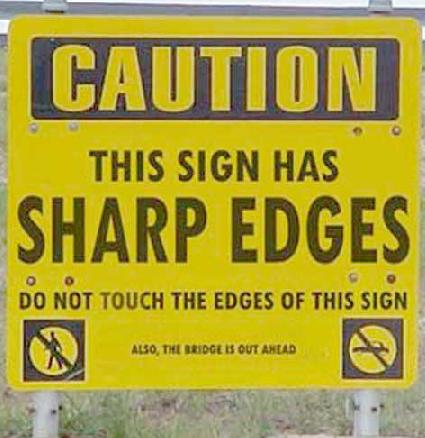 When things get ridiculous they tend to become hilarious. 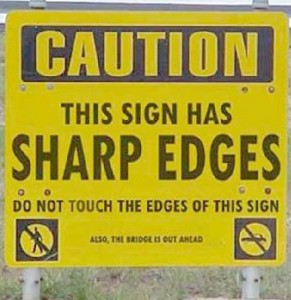 Or, pathetic – and aggravating.

Example: The government wants to require that hybrid and electric cars be fitted with devices that make them noisy, so that the blind will be aware of their presence. See here. Apparently, there is an epidemic of blind – whoops, visually impaired – people being run over by hybrid and electric vehicles.

Hard data is hard to come by, but I did find a 2009 NHTSA Technical Report (here) on the subject. According to this document, over a seven year period (2000-2007) 72 pedestrians were “involved” in crashes with hybrid-electric vehicles. Another 48 bicyclists were struck by a hybrid-electric car (or the reverse) over the same period.

The study does not break down how many of the 77 were blind.

One assumes none of the 48 cyclists were.

I could not find more recent data, but unless there has been an Vesuvius-like eruption of the number of blind folks being flattened by hybrids, it is probably still a very small number.

But the individual cases, when they do occur, make for highly combustible Oh-the-humanity! media coverage. Just as the individual cases of an addled, sail fawn-gabbling parent inadvertently backing their car over a toddler did … and became the source waters of yet another Safety Jihad that led to yet another obnoxious, needless and grossly expensive new law, this one requiring that every single new vehicle be fitted with a rear back-up camera. Which all new cars now have – and which we all get to pay for, whether we even have a toddler to potentially run over being entirely beside the point.

Now, the jihadis are ululating that the hundreds of thousands of hybrid and electric cars sold annually be fitted with noisemakers – waterproof speakers, which will eruct some sort of faux IC engine sound, at an estimated cost to the car industry (that is, to you and me) of $23 million in the first year …  because a dozen or maybe a score of blind people have either been run over by – or walked into – a hybrid or electric car.

The latter was italicized for good reason.

Just as as backing up over Baby arguably involved negligence on the part of the parent/driver as much as a “defect” with the car (ought not parents of toddlers be obliged to be aware where their toddlers are at all times or at least, before putting the gear selector into Reverse?) so also the assignation of at least some of the blame for incidents “involving” the blind and hybrid-electric cars lies with the the blind themselves.

That is to say, does blindness absolve the blind person from taking care to not place his body in the path of a hybrid or electric car?

Is it entirely up to the owner of the hybrid-electric car to not only pay attention to his driving and exercise due care, but also to pay for an annoying gewgaw to alert, let us say, a jaywalking or oblivious blind person to the presence of his vehicle? If the blind person is crossing the street legally, then traffic – hybrid and otherwise – ought to be stopped. If, on the other hand, he is crossing against traffic, which has the legal right-of-way, then how is it the hybrid driver’s fault if the blind guy suddenly appears in his path? 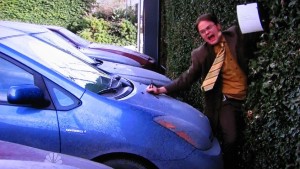 In any case, this whole business is much ado about … nothing.

Despite the minimal – the almost nonexistent – actual body count, NHTSA has postulated that a hypothetical 2,800 pedestrian and cyclist injuries (not deaths) would be avoided by imposing $23 million in first-year implementation costs on the car industry.

That is, on car buyers.

NHTSA – government, generally – loves to confect victims in the absence of actual ones. It helps to justify the jihad. It’s slightly embarrassing to insist that $23 million be spent – that is, imposed – on the car industry, on car buyers, because less than a 100 actual people (a fraction of whom are blind people) over say a seven-year period have had some kind of unfortunate interaction with a hybrid or electric car.

The cost per incident is still astronomical. And thus, farcical. Lives are infinitely valuable to those who possess them. But imposing infinite costs for the sake of others’ lives is perhaps something that sounds sweet in theory but is madness economically. The plain fact is we do place a value on lives – ours as well as others. 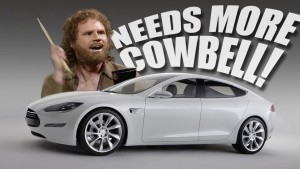 This is called cost-benefit analysis.

Certainly, it is tragic when a blind person is struck by a car – hybrid or otherwise. But $23 million to prevent it? It might be cheaper to just walk.

But if we must be saddled with waterproof speakers in our hybrids, perhaps we’ll at least be allowed to choose the soundtrack. How about the sound of a solid lifter-cammed 1968 L-88 427 Chevy big block? The blind – and pedestrians generally – would surely notice that.

But then, someone will bitch about the noise.

And it’ll be time for another jihad… .