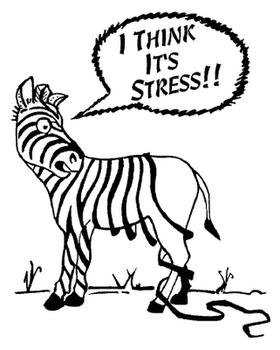 Some of you might remember the ’90s sci-fi flick, Demolition Man. It starred Sylvester Stallone and portrayed a future world obsessed with “safety.” That’s our reality, today. 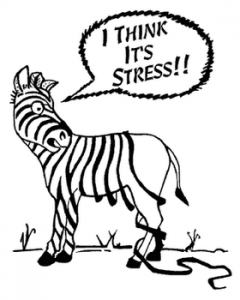 If you’ve seen the movie, you probably remember the scene where a car crashes and a gazillion air bags inflate. That was comedic back in ’93.

Here are some other “safety” features you’ll find (unfortunately) in many new cars:

* Automatic transmissions that throw themselves into Park if you dare to try backing the car up with the door open.

If you’re over 25, you’ll remember a time when people used their eyes and judgment to back a car up. Not sensors, remote cameras and LCD displays. Sometimes, you’d crack the driver’s door open, lean out a little, take a look and inch the car back. Several new cars I’ve tested recently (including the 2015 Chrysler 200 and several ’15 BMWs) will do something potentially catastrophic (to the transmission and your wallet) as well as incredibly peremptory and nannyish if you try that. The computer, sensing the door is ajar, shifts the transmission from Reverse to Park while the car is moving. This is done electronically, because modern car transmissions are moved from gear to gear by sensors and actuators controlled by the computer – not cables controlled by your right hand. This “safety” system cannot be disengaged, so forget about using your eyes and judgment to back up – and accept the computer’s overlordship.

It is just trying to keep you “safe,” after all.

* Blind spot object detection that can’t tell the difference between a car in your blind spot … and a tree by the side of the road. Or a high berm. 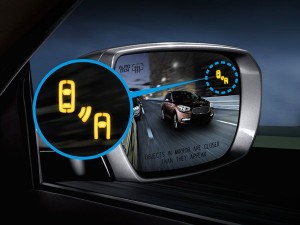 Many – almost all – 2015 cars either come standard with or offer Blind Spot Object Detection… usually, with flashing yellow warning lights built into the rearview mirror and often accompanied by flashing warning lights in the main gauge cluster. The theory is the system will alert you to the presence of another vehicle to your right or left that’s “hiding” in your blind spot. The problem is these systems are brainless – literally. They use radar to sense the presence of an object within the car’s radius. But the radar (and the computer) cannot tell the difference between another car traveling in an adjacent lane and a tree-lined lane. So the buzzer is constantly flashing, which is of course distracting.

And that’s kind of not so “safe,” don’t you think?

PS: Wait and see what it’ll cost you if you ever damage one of your Blind Spot Object Detecting outside rearview mirrors… 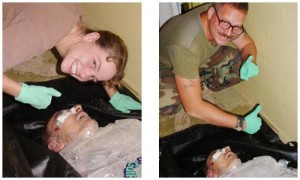 Lots of people hate the Toyota Prius for a variety of reasons, including the greenie preening and posturing. I don’t hate the Prius. But I despise the back-up buzzer. Put the car in Reverse and it beeps. Loudly, repetitively and endlessly… until you move the toggle shifter out of Reverse. The theory is that “safety” will be enhanced because the otherwise silent-running car might otherwise run over the feet (and other parts) of oblivious pedestrians. First, wouldn’t it be “safer” if people on foot (and in other cars) paid attention to what’s going on around them? And, secondly, it’s a lot harder to pay attention to what’s going on around you when your car is doing the equivalent of Chinese water torture, ding! ding! dinging! you to distraction. 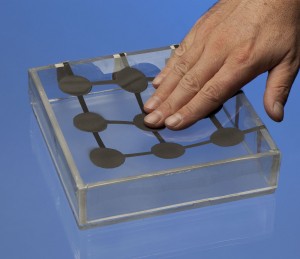 First, the government countermanded the market’s verdict about air bags (most people didn’t want them enough to freely pay to have them). Then it ignored the warnings of car industry engineers, who told the government that air bags explode with great force and great forces exploding at close proximity to human faces might not be very “safe.” When it became impossible to cover up the mayhem being caused by exploding air bags, government mandated “smart” air bags. These adjust their explosive force based on input from sensors built into the car seats. In theory, the sensors sense whether a person is an adult or a child, wearing their seat belt or not – and so on. In fact, the sensors are so sensitive that they routinely mistake that foot-long hoagie you just bought and placed on the front passenger seat for an unbuckled child. This triggers the seatbelt buzzer (virtually all cars built since the early 2000s have these) which will not go off until you put your sandwich or laptop or backpack someplace else. Somewhere less convenient. Which is annoying. Which makes you tense and irritated. And tense/irritated people tend to react/judge situations less than optimally. But hey, you could always just buckle up your sammy … for “safety” 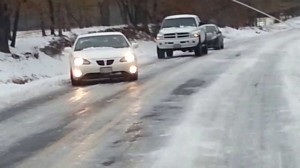 Sometimes, it’s safer to slip and slide a little. As when trying to maintain your momentum going up a snow-slicked hill. But in some cars with can’t-turn-it-off traction control, the computer will fight you every inch of the way. Cutting power, pumping the brakes (via the ABS). This makes it far more likely you won’t get up the hill – and may end up sliding back down… and into something.

Some of these systems can be turned off… but only if you come to a complete stop first. There goes your momentum. Others turn themselves back on once you reach a certain speed – and then cannot be turned off again until you stop the car again.

In the bad-old pre-computer days, you might have had to kick the car to get it to do something you wanted. These days, the car kicks you.

* Stereos that turn the volume down (or off).

So, you went to the store for some stuff. Get back in the car, turn the engine – and tunes – on, put the transmission in Reverse… and there go your tunes. The radio mutes. Because some twit in the bowels of NHTSA (or Detroit) decided – for you, as they love to do –  that “safety” requires the radio be off (or turned down to inaudible) while you’re backing up out of a parking spot. It takes a good long pause to turn back up, too. So you miss your song – or the discussion you were following. Which makes you tense. 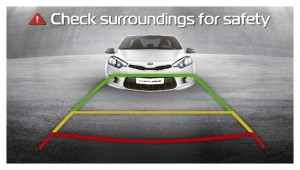 Cars are increasingly just computers that roll. They boot up, just like your PC. This includes the “I agree” waiver/disclaimer that pops up every single frickin’ time you get in the thing. It gets old after the 50th or 100th time of “agreeing” to the various terms and conditions… and admonitions to “check surroundings for safety.” (Really? Where is “safety”? I don’t see him… or is it her?).

These disclaimers cannot be thrown in the woods like you would the label on a mattress or the ugly stickers affixed to household electronics when you first unwrap them. You’re stuck in a perpetual feedback loop. Allegedly, to keep you “safe.”

In actuality, it’s enough to drive you nuts.