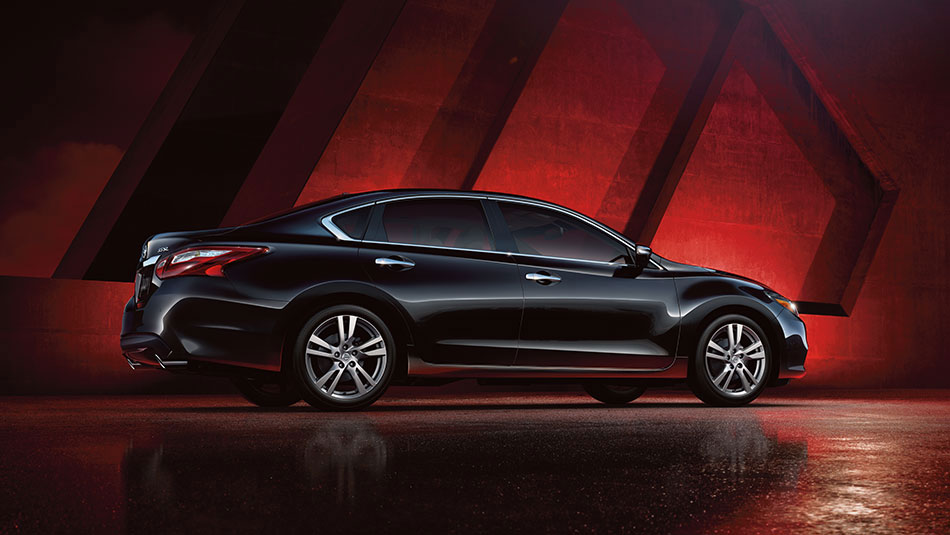 There is just one thing missing – but maybe it doesn’t matter anymore. 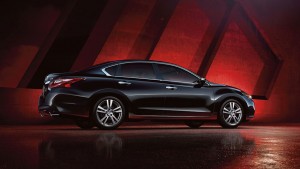 This is, after all, supposed to be a sport sedan.

But then, the Youth no longer care much, if at all, about shifting for themselves. Most don’t even know how. The manual transmission is therefore going the way of the Dodo.

The fact that Nissan not only sells a car like the Altima without one – but sell lots of them – speaks volumes. The availability of a manual transmission is no longer necessary to maintain cred as a legitimate sport sedan.

The Altima is Nissan’s mid-sized, mid-priced sport sedan. It has unofficially replaced the Maxima as Nissan’s four-door sports car as the Maxima has morphed into an entry-luxury car. 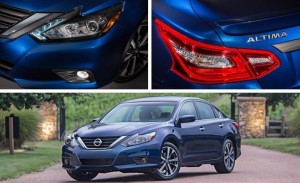 Prices start at $22,500 for the base trim with 2.5 liter four-cylinder engine paired with a continuously variable (CVT) automatic and top out at $32,090 for an SL with 3.5 liter V6 and (again) the CVT automatic.

In between are S, SR and SV trims – available with either engine – but always the same transmission.

The SR trim is new.

It bundles functional sport upgrades (including 18×7.5-inch wheels and V-rated high-performance tires, larger-diameter stabilizer bars, firmer suspension tuning and a “manumatic” mode for the CVT automatic) without the usual addition of cost-padding luxury upgrades. The package – which is available with either of the Altima’s two engines (starting MSRP is $24,470 for the four cylinder version; $27,990 for the V6 version) is meant to offer affordable performance relative to rivals in the segment. 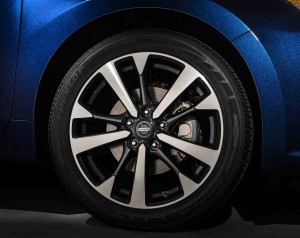 Cross-shops include other sporty mid-sized sedans like the Mazda6 and Honda Accord and (lately) the Toyota Camry, which got sexxed up for the 2015 model year.

The Mazda, however, only comes with a four. But you can get it with a manual six-speed transmission.

The Accord offers a V6 as well as a four – and you can get the four with a manual, too.

The Camry offers both a four and a six, but  is automatic-only. 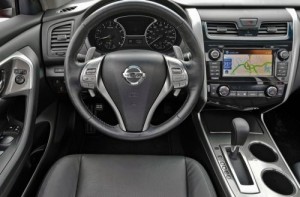 The Altima gets an extensive makeover, the new exterior look inspired by the “energetic flow” look that Nissan debuted last year (2015 model year) on the Murano and the Altima’s higher-priced stablemate, the Maxima.

The car’s interior has been updated as well, with a revised dash layout and two new infotainment LCD screens (standard 5 inch and – optionally – 7 inches).

Both Altima engines carry over – as does the CVT automatic – but efficiency tweaks (including a slightly higher compression ratio) and the aerodynamic enhancements squeeze out another MPG on the highway, bringing that number up to 39 for the 2.5 liter engine.

The V6’s mileage remains the same as last year. 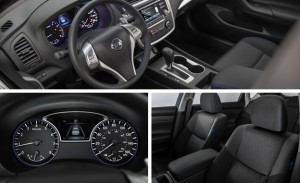 Quick – and fuel efficient. With either engine.

V6 version is a deal compared with V6 versions of rivals like Accord and Camry – which cost thousands more.

New SR package with 18-inch wheels will appeal to enthusiast drivers on a budget.

No manual transmission with either engine.

Extremely appealing Mazda6 can be ordered with 19 inch wheels – and a manual six-speed transmission – for less money than Nissan wants for the new Altima SR 2.5 with CVT automatic. 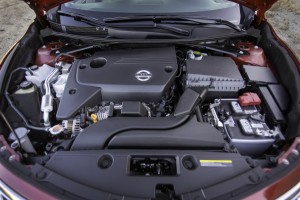 That, as the hippies used to say, is groovy.

Here’s the problem for Nissan, though:

Its rivals are just as groovy in some ways – and in other ways, arguably more so.

On the other hand, the Mazda’s 184 hp four is as good as it gets. There is no upgrade engine. 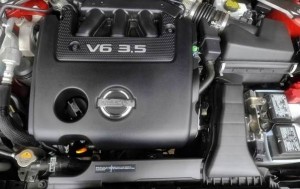 So ordered, the 0-60 time goes down to just over six seconds – which the V6-equipped Honda Accord (and V6 Toyota Camry) can match.

But not for the money.

That’s a difference with a distinction.

While all versions of the Altima get the CVT automatic, SR versions (with either the V6 or the 2.5 liter four) get a differently programmed version with driver-selectable “manumatic” control. When engaged, the driver can control the operation of the CVT via paddle shifters on the steering wheel. 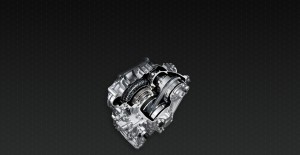 Both the 2.5 liter four and the optional 3.5 liter V6 are designed to run best on regular unleaded. So are the engines in the Altima’s primary rivals.

But the Altima has one more little plus to offer that the others don’t: A slightly larger (18 gallon) fuel tank. The Accord and Camry have 17 and 17.2 gallon tanks. It’s not a huge difference, but it does mean you can go another 20-30 miles before pitting – and that can be very helpful at times.

I average almost 30 MPG (29.7) during a week-long test drive in an Altima SR with the 2.5 liter engine and CVT automatic.

You should expect to average well into the 30s… unless you drive like I do. 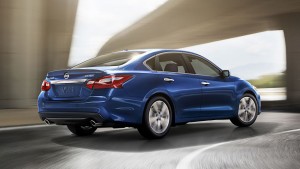 I can’t fault the Altima’s one-and-only CVT automatic except on personal preference grounds. I prefer to have choices; and I’d rather shift for myself.

Who cares what I think, right?

The fact is the Nissan CVT does the one thing it must do (eke out another couple of MPGs, so Nissan can escape the federal government’s CAFE fuel efficiency clutches) as well as the other thing most CVTs don’t do: It mimics the operating characteristics of a “normal” automatic.

CVTs abound because of fuel efficiency considerations. Instead of a fixed set of forward gears (e.g., first, second, third and so on) that you up (and down) shift through as you go, as in a “normal” automatic, CVTs continuously vary what amounts to the mechanical leverage applied to the drive wheels. You are always in the “right” gear, so to speak – even though there are no actual gears. Just continuously (and, effectively, infinitely varying) ratios, changing as circumstances change. 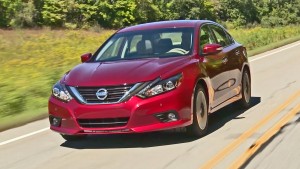 The downside, typically, is that when you press on the accelerator, a CVT transmission will let the engine rev to what seems (and sounds) like Frantic Speed in the upper reaches of the RPM band… and then hold it there, until you ease off the accelerator. Your coffee may not spill (no “shift shock”) but the sustained high-RPM screaming can be unnerving. It’s supposed to work this way – but it sounds (and feels) like something’s broken … or is about to break.

Nissan has – somehow – dialed that out of their CVTs. Not just the Altima’s. They behave so much like regular automatics – including programmed-in up and downshifts (but with no shift shock) that there’s no operational downside to them. And much to recommend them – beyond the absence of shift shock (and upticked MPGs). 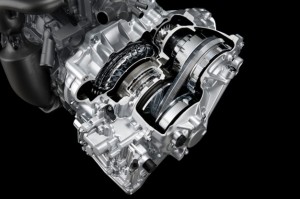 Down the road, if you ever need to get it replaced, a CVT will probably cost you much less than some of the latest “normal” automatics with eight or nine speeds, “dual clutch” and other such pricey technology.

My buddy, who owns a repair shop, recently put a replacement CVT in an older Murano. It was about  $1,500 to the owner. For a new transmission these days that is a very friendly price. Some of the DSG and eight-nine-speed automatics go for three times that sum. 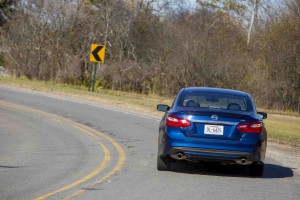 By the stopwatch, there’s not all that much difference between the Altima’s acceleration – with either engine – and the engines available in rivals like the Mazda and the Honda. The meaningful differences come  down to how it feels to you – and whether you prefer (in the Mazda6 and the four-cylinder Accord) to play with the clutch.

This same applies to other considerations, such as the ride. I find the Altima’s a tad less firm than the Accord’s (and part of this may be due to the Nissan’s superb “zero gravity” seats) but firmer than the Mazda’s, even though the Mazda feels like it has higher cornering limits (possibly due to its available 19 inch wheel/tire package). 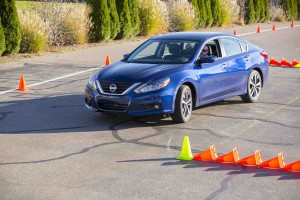 All trims get Nissan’s unique Active Understeer Control, which lightly applies braking force to the inside front wheel during cornering. This counteracts  the front-wheel-drive Altima’s tendency (a tendency shared by all FWD cars) to… understeer during high-speed cornering. It works well, especially because you don’t notice it’s working. No flashing yellow warning lights or chimes; no abrupt cutting of the throttle – or heavy-handed pumping of the ABS. The car just corners flat, almost as if it were a very neutral-handling rear-wheel-drive car.

One other thing: The Altima will not screech at you like a helicopter mom if you decide not to buckle up. A dash light will come on; that’s all. The Safety Cult will hate this. 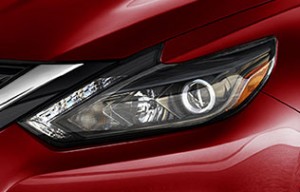 Head on, the new Altima reminds me of a bearded dragon – the pet store dinosaur that’s very popular with kids.

This is a compliment.

The “boomerang” headlights and pronounced bone lines over tightly stretched skin are definitely reptilian-themed. I think it looks good. It definitely looks different.

And that is good.

So also the Altima’s class-best legroom up front (45 inches). Even the Camry only has 41.6 inches. And the Camry’s sexxed-up looks notwithstanding, it’s not really a direct competitor of the Altima’s. 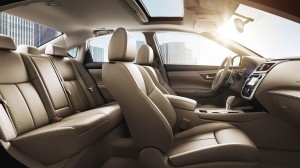 Those that are – the Accord (42.5 inches) and Mazda6 (42.2 inches) – also can’t match the Nissan’s up-front spaciousness. This goes for headroom as well as legroom. The Altima leads the pack with 40 inches vs. 39.1 for the Accord and 38.4 for the Mazda. If you’re tall, that extra inch or so of vertical space can be a difference with a distinction.

But, there’s also another difference.

The Altima’s back seat is noticeably tighter than its rivals’ back seats – both leg (36.1 inches) and headroom-wise (37.1 inches). The Accord and Mazda6 have about 2.5 inches more legroom and (in the case of the Accord) about half an inch more headroom. 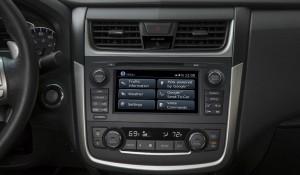 All trims now come standard with an LCD display in the center stack, the size (either 5 inches or 7 inches) varying according to trim, but all trims coming standard with NissanConnect Mobile apps and all trims except the base 2.5 trim get Siri EyesFree voice recognition.

Another Altima difference with a distinction is that the system is designed such that other drivers – and even passengers – can individually tailor the app suite (profiles and settings) and the system will remember them. It’s a latter-day take on memory seats – except for your gadgets.

The optional navigation (split screen, with 3D mapping) features curve warning – another unusual touch.  And in addition to the expected heated seats you can order, you can also order a heated steering wheel – a fairly rare feature in this price range. 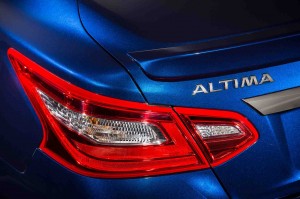 The Altima is different enough to make it distinctive – and that is probably why Nissan has no trouble selling plenty of them. A Mazda6 may have more zoom zoom! in the corners, but it’s got less gumption in a straight line – because it’s got fewer horses under the hood (vs. the V6 Nissan).

The Accord (and even the Camry) have the straight-lime gumption but – damn – you have to pay a relative fortune to lay hands on those horses (the V6 versions are within range of a Maxima’s entry price point). Plus, the Camry is automatic-only and the four-cylinder version is significantly less quick than the Altima and while very cush, it’s not nearly as fun to drive.

The four-cylinder Accord is a tougher heat, offering both comparable quickness and the option to shift gears (really shift them) yourself. 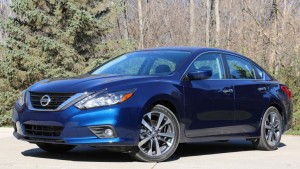 Honda also offers an SR-equivalent Sport trim for $24,165 – slightly less than Nissan wants for the 2.5 SR – that includes 19-inch wheels and a free-flowing dual exhaust that ups the hp to 189 (vs. the standard 185) as well as the availability of a manual transmission, if you want to roll that way.

Still, the Altima makes a solid case for itself.

Even if you can’t shift gears for yourself.