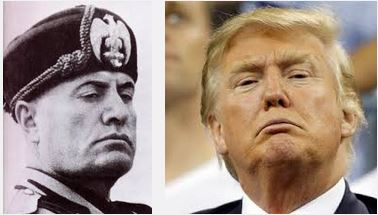 Is this con really going to sell… again? 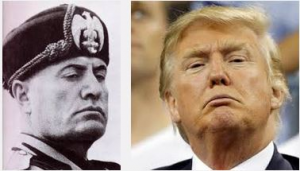 The neo-con intellectual Francis Fukuyama claimed the “end of history” after the fall of the Soviet Union. The ascendance – in perpetuity – of authoritarian democracy (there can be no other kind) as the new order of the ages.

But based on last night’s political happenings, it appears we’re going back a few chapters for a remedial lesson in other forms of authoritarianism.

Leave-me-be-ism is off the table. Very few takers.

Once again, the populace is presented with – take your pick – strutting, bullying fascism (in the form of America’s business-suited Duce, Donald Trump) or the rumple-suited friendly-sounding socialism of America’s take on Leon Trotsky, Bernie Sanders.

Such a nice old man! He cares about us!

Or (cue the Duce) he will lead us!

Trump promises – and will deliver – order. As his prototype, the Duce did. He will make sure the trains run on time. And many other such things. Thyssen and Krupp… GE and ExxonMobil. We are going to have a time! 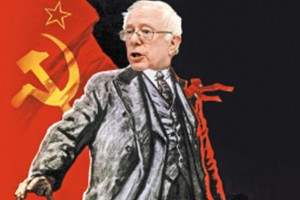 Sanders, meanwhile, promises an easy ride and Free Stuff – and will deliver that. By taking more of your stuff. By having other people ride your back. Bernie will hold the reigns.

All for the common good, of course.

It’s what both of them claim – as their historical antecedents always claimed. Give me power and you will not recognize the place ten years from now!

People continue to fall for this. Over and over again. It is astonishing. And depressing.

No, of course not. Government schools have seen to that.

Oh, they read all right. Just certain things – and most definitely not other things. 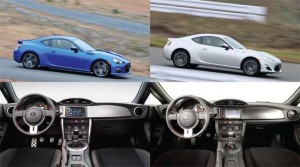 Different uniforms and titles; different salutations. But – with regard to the fascism and socialism – always the same relentless do-as-you’re-told (or else) authoritarianism. Whether das volk or the state or the Soviet people… it all amounted to the same thing. You, the individual, do not matter. Only the collective matters. It has rights. You have obligations. Occasionally, privileges. Always conditional and subject to being rescinded at whim by the collective (that is, by its leaders, who embody and channel the collective will).

We’ve been lucky, sort of, in that the democratic authoritarianism of the past several generations has been milder and less organized. One could dodge it to some extent. There were interferences and hassles, but relative to the other authoritarian isms, we had it pretty good. That is changing at warp speed, because the people, by and large, now champ at the bit for the isms. It doesn’t matter which ism ultimately prevails as they amount to the same thing.

There will be order and leadership. 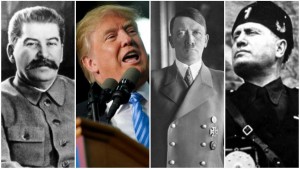 Your obligations will increase. Your liberty will decrease. Everything will be defined in relation to the collective good – as defined by someone like the Duce or Sanders or whoever the leader turns out to be.

This unspoken premise is now spoken of openly by Trump and Sanders – who agree in principle and are merely arguing over the particulars. The fools who cheer Trump are as nauseating as the fools who cheer Sanders. They are both being had – but we’re being taken along for the ride.

PT Barnum knew what he was talking about.