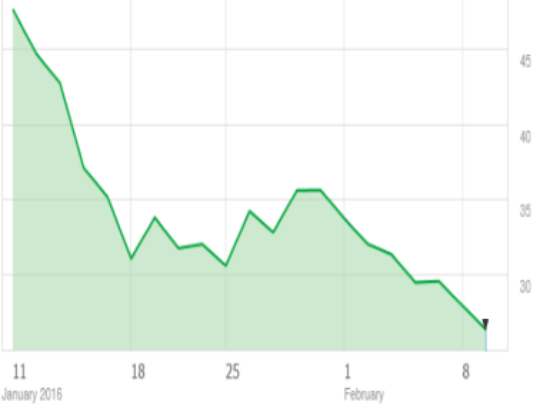 Will Elon Musk’s SolarCity prove to be the next Solyndra? 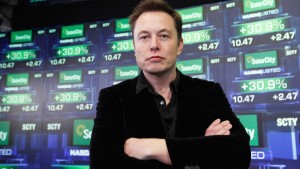 Or is it that already?

Solyndra touted its “innovative” tubular solar panels, which allegedly outperformed conventional flat panels. There were cheers and hosannas, billions in estimated market cap … and hundreds of millions in government (that is, taxpayer) loans to “help” the company get going.

It went, all right.

In one of the epic scandals of the Obama Years, the government-propped “innovator” spiraled into bankruptcy when it was unable to make any actual money (as opposed to taking it from the taxpayers).

Like Solyndra, it hog-troughs federal (taxpayer) “stimulus” dollars to manufacture a product – solar panels – for which there is no real market demand. Not because the idea of “free” (or even lower cost) energy from the sun via solar panels is an unappealing idea. In fact, it is a very appealing idea. The problem – as with Tesla electric cars, another of Musk’s government-financed ventures – is that the cost, even heavily subsidized, is prohibitive. 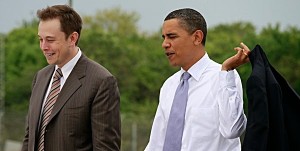 Which negates any “savings” overall. Which makes the whole thing… stupid.

SolarCity’s “business plan” – air quotes for the same reason you are a “customer” of the DMV’s – is to lease solar panels to homeowners, who then pay a monthly fee to the company over a 20 year period. In theory, the homeowners are supposed to pay less overall because of lowered utility bills. In fact, they end up paying more – because the cost of the panels is too high relative to the real-world energy savings and also because the homeowner doesn’t get the tax break for installing the solar panels, which is where the real money is.

The panels are leased – and so continue to be owned by SolarCity – which collects rebates from Uncle to the tune (so far) of more than $400 million.

Uncle – using your money and mine – is paying SolarCity to install the solar panels, and SolarCity charges the homeowner a monthly fee for 20 years on top of that!

The typical installation cost for the panels is over $20,000 for a residential home. That comes out of the homeowner’s pocket – and goes into Musk’s pockets. 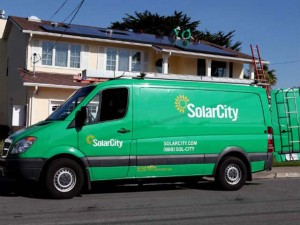 This is about twice the price of a conventional asphalt shingle roof.

Which is analogous to the problem with the Tesla electric car – which costs twice-plus what a conventional (gas burning) car does. The Tesla may not burn any gas, but it burns money like a ’67 Chrysler burned leaded premium.

As do solar panels – and not just SolarCity’s, either.

No wonder they need “help” to “succeed” in the marketplace.

Instead of waiting until these technologies are ready for prime time – able to stand on their own two feet, without government (taxpayer) “help” to prop them up – crony capitalists like Elon Musk make dazzling (give him his due) presentations touting the Miracle Technology: No more gas bills! No more Utility bills! But Musk habitually soft-pedals or simply refuses to discuss the inconvenient truths about cost and performance.

There is a reason why people continue to roof their homes with shingles rather than solar panels. It is that shingles cost less – a lot less – such that even if they more every month to the utility company, they still pay less overall than they would if they’d bought – whoops, leased – solar panels. 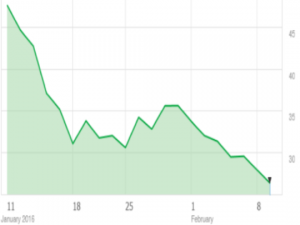 Hence, solar panels do not make economic sense – notwithstanding the emotional appeal of “free” (or even low-cost) electricity.

If this were not the case, people would be lining up to buy solar panels rather than shingles for the same reason they shop at Wal Mart rather than a boutique food store. People are interested in saving money. Solar panels don’t do that – the showmanship and media fawning notwithstanding,

Which is why “businesses” like SolarCity and Solyndra and Tesla always require government financing to remain in “business.” Pull the plug – so to speak – and they cannot survive on the economic merits.

Elon Musk will deny this vehemently. Yet the fact remains: Every one of his “businesses” depends on government (taxpayer) “help” – to the tune of nearly $5 billion so far – without which he’d either have to find private venture capital or dig into his own very deep pockets.

Which begs a valid question: Why doesn’t Musk – the (cough) Great Capitalist – put his hand into his own pockets rather than ours to fund his ventures?

Why can’t he seem to find sufficient private support to back his ventures?

Surely, if Tesla and SolarCity and SpaceX are viable on the merits, they would not need “help” in the form of funds taken by force from people who – if they had a free choice – would probably elect not to “help.”

The question answers itself.