It takes a lot for a major car company or engine manufacturer to deliberately circumvent a regulatory fatwa. As policy. Not a “rogue engineer.” The entire engineering department; the upstairs bosses… everyone in on it.

It is happening a lot lately.

VW – and now Cummins, a major manufacturer of diesel engines used in heavy commercial and street vehicles, including Chrysler (and lately, Nissan) pick-up trucks. Both have been caught (apparently, in the case of Cummins, which hasn’t yet admitted to it) diddling with their engines’ software – which controls the hardware –  in order to “cheat”  the EPA’s emissions tests. 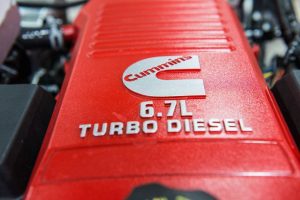 It is an act of desperation on the order of the Ardennes Offensive in the winter of ’44 – with VW (and Cummins) in the role of the Germans. It’s an all or nothing throw of the dice.

Billions in potential losses; potentially, the loss of the company itself.

It is no joke.

VW is probably doomed, having been caught – and now facing financial repercussions the equivalent of a mile-high tsunami. Not to mention the PR debacle.

Because we have reached a regulatory bottleneck. A point not merely of diminishing returns (that was reached at least a decade ago) as far as the cost imposed for the gains achieved, but a point of engineering (or economic) can’t-go-there. The EPA is basically demanding zero-emissions internal combustion, which is not possible without eliminating combustion. 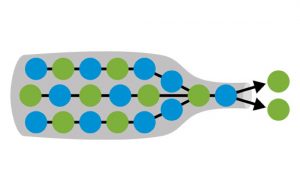 And even getting close to “zero emissions” (which is literally what EPA expects) can only be done at great cost and not just in terms of the MSRP.

You may have noticed that modern diesel engines are not spectacularly fuel-efficient. This notwithstanding all the new technologies. It is so because the fuel has been jiggered with to be Ultra Low Sulfur (ULS) and because the engines have been jiggered with (particulate traps, urea injection, “regeneration” and other such add-ons).

A few years ago, there was a scramble among over-the-road truckers to snatch up the remaining inventory of big rigs powered by diesel engines built before the latest/newest EPA fatwas as applied to big rigs – which made the new, EPA-acceptable ones much more expensive to buy and much less efficient to operate.

Freight hauling got more expensive and so did our groceries and everything else.

Then EPA then turned its evil eyes toward passenger car diesels.

There is a reason why the only EPA-acceptable diesels you can still buy in this country are without exception installed in high-dollar cars built by luxury-brand marques like Mercedes and BMW. It is because the cost of compliance doesn’t matter as much to people who spend $50,000 or more to buy a new car.

A car like the 2017 Mercedes-Benz E-class diesel (base price $52,650) is a fantastic car but it’s not an economical car. The price of the car negates the “savings” realized from its 28 city/42 highway EPA rating.

Which by the way would be higher were it not for the EPA-mandatory Ultra Low Sulfur fuel and all the gear Benz and everyone else is forced to graft on to their diesel engines in order to pass the EPA’s emissions tests and not run afoul of the EPA’s Ayatollahs.

VW (and, apparently, Cummins) decided to diddle. A very dangerous thing when dealing with Ayatollahs.

They did so because they can’t charge Mercedes prices for EPA-compliant diesels. It was either diddle – or (as they say in the Marines) drop on request.

Get out of the market entirely.

Which is what Caterpillar has already done. The company – which was once a big name in over-the-road trucking – is now selling off-road (and so, for now, emissions-exempt) engines only.

The cost of compliance was simply too high. 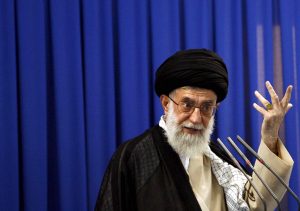 VW, on the other hand, depended on its line of affordable diesel engines – available in most of the cars it sold (Beetle, Golf, Jetta, Passat and Touareg) which made them an economic alternative to other, modestly priced (but gas-engined cars).

Before the “cheating” scandal blew up in VW’s face, you could buy a Jetta with a TDI diesel engine that got 31 city, 46 highway (better than the EPA-acceptable Benz E-Class diesel) for $21,640 (less than half the price of the Mercedes diesel).

It also cost less than a Prius hybrid while almost matching that car’s at-the-pump parsimony – making it an economical alternative to that car, too.

VW engineers – and managers, they had to know what was going on – resorted to “cheating” because it was the only way to keep their diesel-powered cars on the market at an affordable price (and without negatively affecting their fuel efficiency). 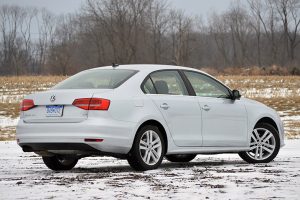 It was either “cheat” the EPA – for the sake of their buyers – or try to sell people pricier (and less fuel-efficient) but EPA-acceptable diesels that buyers wouldn’t buy.

It appears Cummins has made the same decision.

And – if the “allegations” are true – will be nailed to the cross right next to VW.

So, for that matter, will we.

It’s us – the car (and truck) buying public that ultimately pays for all of this. Not for the “cheating.”

For the fatwas issued by the EPA’s Ayatollahs.

And that is precisely what they are. Religious fanatics. 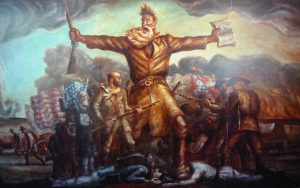 This “cheating” business is about minuscule, fractional differences in tailpipe exhaust emissions that have caused no provable harm to any actual person. As opposed to the very provable harm caused to hundreds of thousands of people by the EPA’s fatwas. The higher prices, decreased choices – and lost jobs – just for openers.

The time has come – has already passed – for the people to push back against the EPA’s unelected, unaccountable-to-anyone fanaticism. These regulatory Ayatollahs weren’t elected by anyone and – under our system – have no right to legislate. Yet – effectively – that is just what they do. Via regulatory fatwas that carry the force of law.

It is enough; it has got to stop. President Trump has it in his power to apply the choke chain. He had better.

The alternative being we all go broke – or out of business.