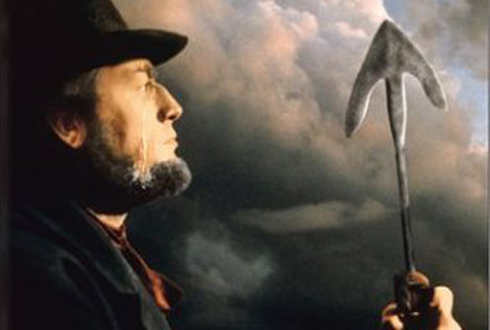 He tasks me, said Ahab of the white whale – eventually riding the beast he was obsessed with punishing to his own doom.

Enter Bill Ackman of Pershing Square Capital Management in the role of Ahab – and the supplement company Herbalife his white whale. Like Melville’s half-mad sea captain, the billionaire hedge fund manager has been pursuing Herbalife doggedly for years, for reasons that remain . . .  hard to comprehend.

Herbalife was founded back in 1980 by entrepreneur Mark Hughes, who began by selling protein shakes out of the trunk of his car. The company today employs around 7,500 people and has revenue of around $3.8 billion annually, with operations in more than 90 countries around the world, including the U.S. It sells a line of nutritional supplements and vitamins in addition to the original protein shakes, which is a product similar to Ensure (Herbalife actually sells more of these than Ensure does). 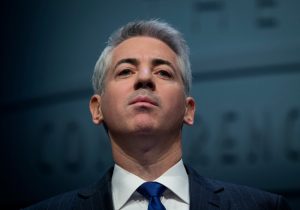 There’s nothing shady about this, let alone illegal.

Or cost him any money, even.

But Ackman has already cost himself more than $500 million, according to Forbes magazine – the result of his having tried to “short” Herbalife stock, cripple the company – and make a lot of money in the process.

“Shorting” is Wall Street lingo for betting that the value of a stock will go down, often as the result of some disclosure that taints the company’s reputation or casts doubt on its viability. It can be done – as Ackman did – with the deliberate intention of hurting the targeted company.

Ackman reportedly shorted 20.2 million shares of Herbalife stock back in 2012, when it was selling for about $47 per share. He timed his negative bet to coincide with a very public denunciation of the company – a harpoon thrust into the “whale’s” flanks. 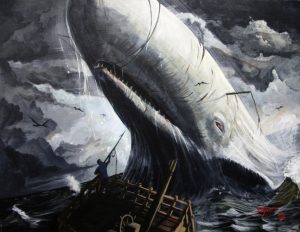 But the whale didn’t die.

After an initial dip, the value of Herbalife stock went up  – as much as $18 per share – in part because of an equally very public vote of confidence by rival Wall Streeter Carl Icahn, who bought up Herbalife shares. Icahn has been called many things, but fool isn’t one of them.

The value of Herbalife stock soared.

As of of early January, it is still selling for about $50 per share, despite Ackman’s relentless pursuit.

The stock’s refusal to tank has cost him around $364 million directly and an estimated $80-$100 million more on top of that to maintain his bets in the Ahab-like hope that the value of Herbalife stock will eventually go down and Ahab-Ackman will recoup his massive losses.

Which include another $50 million of his own funds spent on an ongoing Melville-esque PR hit campaign to try to publicly discredit the company, which he continues to deride as a “Ponzi operation” – an allegation the Federal Trade Commission recently rejected. 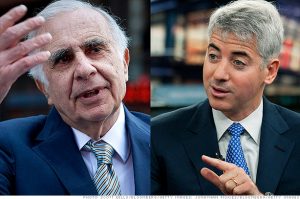 Probably because unlike a true Ponzi (also known as a “pyramid”) operation – Social Security, for instance – Herbalife sells products. A Ponzi/pyramid operation is defined by the selling of . . .  nothing. People get paid by getting new people to sign up, and then those people go in search of more new people to sign up. Money changes hands as you ascend the pyramid, with the highest up making the most and the lowest making little to nothing.

But there is no substance to to it.

Eventually, the Ponzi scheme collapses for want of fresh suckers buying in.

This is why they are illegal (excepting Social Security, of course).

Herbalife isn’t a Ponzi operation because it sells stuff. Like Mary Kay – the cosmetics line. People become distributors of the products and earn money both by selling them and by bringing new people in to sell them. This is called multi-level marketing and many companies use this business model, including Mary Kay. And many people make a living doing it, including the more than three million independent Herbalife distributors – about 500,000 of them Americans. 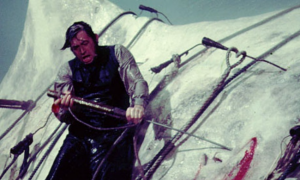 Not all of them make a fortune, of course. Some may not make anything. Herbalife doesn’t promise a salary or even the certainty of large commissions. It offers the opportunity to make them. Many do, but the fact that not everyone does isn’t an indictment of the company’s business ethics.

Car salesmen and realtors also work on commission – sometimes exclusively – and if they don’t sell, they don’t get paid, either. Are they victims of a Ponzi operation, too? Maybe the FTC ought to investigate… .

Ackman may have allowed his $500 million (and counting) losses to cloud his judgment; to turn what may have initially been a calculated business decision into something personal – and maybe a little bit nutty.

Both feet are on that slippery slope