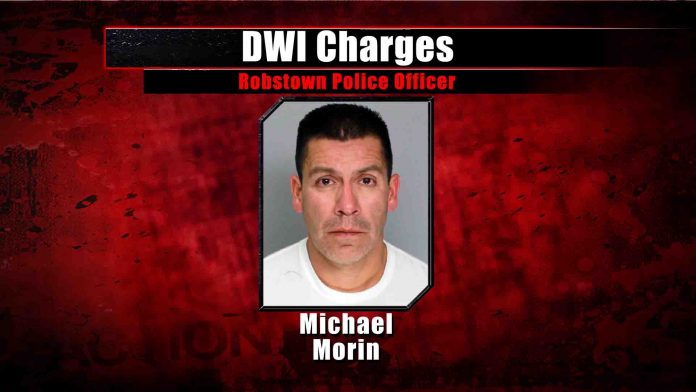 What do you suppose would happen to you if you were found passed out dead drunk in your car . . . in the middle of the road?

Assuming, of course, you aren’t a “hero” law enforcer.

Here’s what happened to “Hero” Michael Morin of the Robstown, Texas Police Department:

Someone called 911 to report that there was a driver slumped over the steering wheel of a truck parked in the middle of the road. Morin was found passed out behind the wheel when his fellow “heroes” arrived at the scene. He subsequently failed a field sobriety test and was booked on a DWI charge, then sent off on a paid vacation.

Four months later, the verdict is in (Via KRIStv.com):

The Robstown police officer who was arrested on D.W.I. charges is back at work.

Robstown P.D. officer Michael Morin was arrested on November 6th after he was found slumped over his steering wheel on the road near the Staples and Everhart intersection. On Wednesday, we learned Morin has worked out a deal with the prosecutor’s office and he is taking part in a pre-trial diversion program. If he complies with that program, Morin will have the charge removed from his record.

Meanwhile, the city of Robstown suspended Morin for five days without pay.

Five days without pay – after sitting at home for four months getting paid. And he will remain a “law enforcer,” of course.

“I am mindful that I may face scrutiny, but I stand behind my decision to retain this police officer in whom we have invested so much. I believe that he should have a long and successful career with the City of Robstown.”