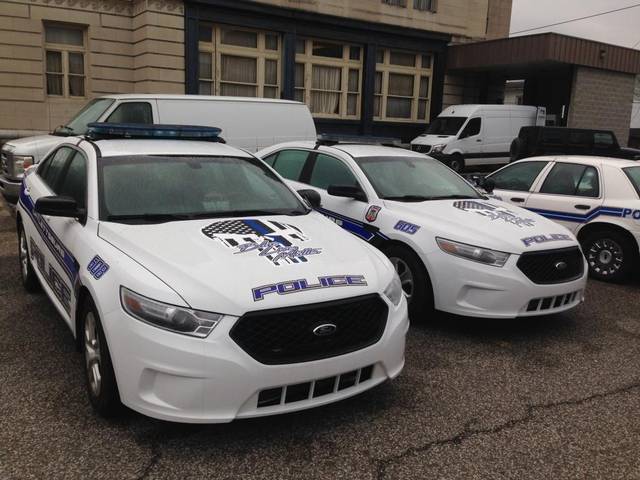 This story gives us a window into the mindset of law enforcing “heroes” – who view themselves as warrior priests to be feared and obeyed:

The decals were removed after a public outcry about the message – and the cost.

According to the Lexington Herald Leader: He would not discuss how much the decals cost.

“That design is basically to give back to the police officers,” Logan, who has been with the department for 13 years, said before reversing course on the emblems. “Our lives matter just as much as anybody’s. … I’m not racist or anything like that, I’m not trying to stir anything up like that. I consider it to be a ‘warrior logo.’ Just ’cause it has ‘Blue Lives Matter’ on the hood, all lives matter. That decal represents that we will take any means necessary to keep our community safe.”

Richard Brown, 37, who was elected to city council after its vote on the decals, was critical of the decision.

“I don’t see why they’d waste the money, honestly,” said Brown, a Catlettsburg native whose family owns the IGA grocery in town. “My main objective is to make sure the taxpayers’ money is used in the most efficient way possible. It wasn’t expensive, but still. If it’s something they feel strongly about, they’re risking their lives and I understand that. I just think it’s a little bit strange. There’s been a lot of people mistreated by police, and their lives matter, too, like that guy in North Carolina.”

The shooting Brown referred to was of Keith Lamont Scott, 43, in September 2016 by a Charlotte-Mecklenburg police officer.

Logan told io9 that he removed the decals after receiving phone calls from members of the public.

“We’re getting so many calls, and they’re saying that the Punisher logo [means] we’re out to kill people, and that’s not the meaning behind that,”