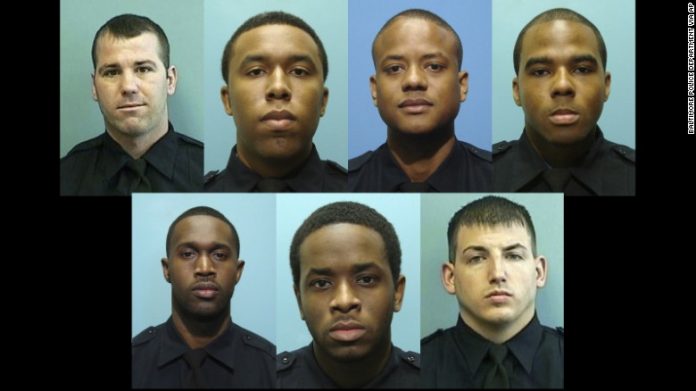 Cops can legally just take your money – just because you have “too much” cash (as defined by them) as well as your freedom. So why punish these Baltimore “heroes” for doing the same things?

The only thing these “heroes” did differently was put the cash in their own pockets rather than the pockets of the government.

That, of course, is bad.

The seven “heroes” are accused of stopping people – some of whom were not even suspected of any crimes – and seizing their money and pocketing it. In one instance, several of the officers stopped a maintenance supervisor at a nursing home and stole $1,500 that he was planning to use to pay his rent, according to the indictment.
The amounts stolen range from $200 to $200,000, authorities said of the alleged conspiracy.
“These are really robberies by people who are wearing police uniforms,” said Maryland US Attorney Rod Rosenstein – apparently unaware of the irony of his statement.
The “heroes” schemed to steal money, property and narcotics by detaining people, entering residences, conducting traffic stops and swearing out false search warrant affidavits, according to the indictment.
Rosenstein announced the indictments at a press conference with Baltimore Police Commissioner Kevin Davis and officials with the FBI and Drug Enforcement Administration. The investigation began a year ago and included electronic surveillance of the “heroes.”
“These are 1930’s style gangsters as far as I’m concerned,” said Davis. “This is a punch in the gut for the Baltimore Police Department.”
The “heroes” were identified as Sgt. Wayne Jenkins and Detectives Momodu Gondo, Evodio Hendrix, Daniel Hersl, Jemell Rayam, Marcus Taylor and Maurice Ward.
The arrested “heroes” are accused of engaging in “large-scale time and attendance fraud.”
In one instance, one of the officers was paid overtime when he was actually on vacation with his family in Myrtle Beach, South Carolina, according to the indictment. 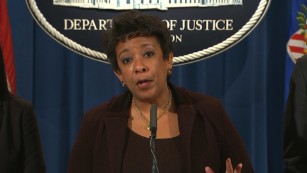 Two were heard on a phone call boasting about committing overtime fraud for “a whole year” and making “at least $8,000 to $10,000 a month,” according to the indictment.
The charges came less than two months after the Justice Department and former Attorney General Loretta Lynch announced a consent decree mandating police reforms in Baltimore.
That followed a DOJ report which said unconstitutional practices of some of Baltimore’s officers lead to a disproportionate rates of stops, searches and arrests of black residents, and excessive use of force against juveniles and those with mental health disabilities.