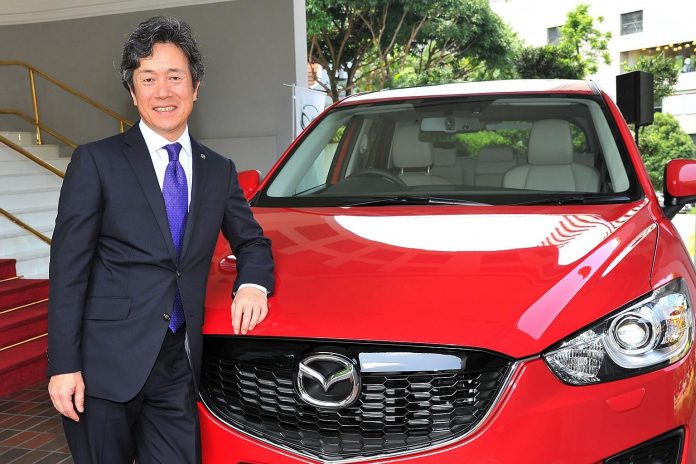 Hell’s Angels refer to themselves as 1 percenters. Soon, those of us who prefer to drive ourselves – as opposed to the car driving itself – will be 2 percenters.

Mazda – which has about a 2 percent market share – will not automate its cars. Or at least, there will be an Off switch. Moro says his company will hew to their motto, Driving Matters – and for Mazda, that doesn’t mean taking the driver out of the equation.

“We believe driving pleasure should never die,” he says. 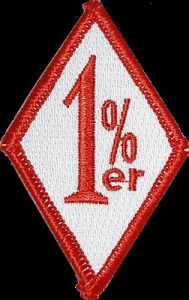 As opposed to the rest of the industry – which is doing everything it can to kill it.

The first self-driving Cadillacs come out in just a few months (2018 models) and Mercedes and BMW cars already have self-driving capabilities. It’s not just the high-end stuff, either. Within five years, possibly a lot sooner, most new cars will have at least some “autonomous” or self-driving capability built in. Many new cars are already capable of parking themselves – just push a button and let go of the wheel.

Ford promises cars without steering wheels at all within four years. Steering wheels being as superfluous in an autonomous car as a gas tank in an electric car.

Whether it is market demand or a pushy industry that has embraced autonomous cars as the ultimate form of automotive idiot-proofing that’s driving all this is debatable. On the one hand, it’s inarguable that Americans, in the main, have grown incredibly passive – and not just behind the wheel. 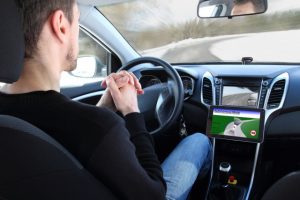 They have been reduced to this by endless hectoring about “safety” – which has become synonymous with ludicrously over-cautious driving and an almost religious worship of all traffic laws and regulations, no matter how situationally idiotic (viz, coming to a complete stop at the crest of a steep grade when it’s a blizzard outside – because there’s a stop sign there, even if no other cars are there – and thus, losing momentum and becoming stuck . . . as well as everyone else behind the law-cuck getting stuck, too).

Driving skills are no longer taught – much less expected. They are actively discouraged – in favor of what is termed “defensive” driving, which is Safety Cult argot for passivity and law-cuckery.

At the same time, punishment for not driving “defensively” – even if expertly – has become Abu Ghraib-esque.

This wilts the urge to drive.

In my capacity as an Automotive Journalist, I have Q&A’d lots of people of various ages and walks of life and many of them tell me that driving has become a chore – and a bore.

Your choices are two, they observe:

One, you can drive “defensively” – in which case it’s absurd to be driving anything more zesty than a four cylinder Camry and purposeless torture to be driving a V6 Camry.

Especially if you are not a “defensive” driver – and actually know how to – and like to – drive. Long road trips are excruciating. In almost any modern car – even a Hyundai Accent or similar little econobo  – driving the speeeeeeeeeeeed limit (for saaaaaaaaaaaaaafety) for four or five hours is not unlike a high school kid in the full bloom of youth and vigor being made to shuffle along at the pace of an 80-year-old with diabeetus.

It is hard not to fidget – or nod off.

The disconnect between what cars – even the least of them – are capable of and what we are allowed to do with them has never been more extreme. It is no wonder they fill them all with really good stereos, LCD displays and other stuff to take the driver’s mind off of the fact that he is not doing much (or allowed to do much) in the way of driving.

Hence the appeal of automated cars.

It is the obvious Next Step,  a collective heave of despair, an accommodation of a kind of rape. Bye, bye autonomy – us in control. Hello, autonomous cars, driven by computers controlled by the same people who’ve made driving insufferable or illegal and done all they can to rid us of any desire to have anything to do with it.

Literally, we might as well lie back and enjoy it.

Or, you could choose to be a 2 Percenter.

Refuse to let go of the steering wheel; make them pry it from your cold, dead hands if it comes down to that. Trust your judgment and skill. If the law makes sense, follow it. If not . . . well, not.

There are fewer and fewer such.

I count myself among them. I employ illegal (in my state) countermeasures, such as my faithful Valentine1 radar detector – which I never leave home without (and neither should you, if you’re not a “defensive” driver). 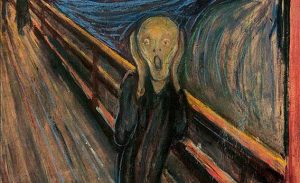 I do not obsequiously – mindlessly – obey every traffic law and regulation, most especially those pertaining to things that are no one else’s business, such as whether I am or am not wearing a seat belt but also those pertaining to actions that involve no harm to anyone and which are obviously absurd to follow as if they were moral injunctions, such as speed laws and laws forbidding the turning of right on red and demanding full stops at stop signs even in the middle of blizzards and even if there are no other cars around.

I like to drive – which means, making use of the skill I have acquired over many years actually driving the things. . . . as opposed to being a seat warming “defensive” driver.

Mazda’s Moro is, therefore, my kind of people. A fellow driver and so, an outlaw, too. God bless him.