New cars are – supposedly – “safer” than ever. Right? That’s what the government has been telling us.

Each new fatwa – back-up cameras, tire pressure monitors, all those air bags – forced down our throats accompanied by the ululations of the regulatory ayatollahs that they would make cars . . . safer.

But then the news. Motor vehicle fatalities are suddenly going up.

And not just a little bit, either.

According to the National Highway Traffic Safety (there it is, again!) Administration, motor vehicle fatalities are up by 8 percent – and that’s for 2015, the most recent year for which complete data are available. Preliminary data for 2016 suggest an even sharper spike – possibly into the double digits. 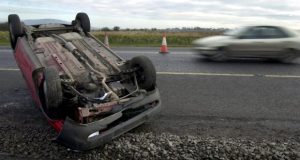 The Usual Explanations don’t seem to cover it.

“Speeding,” for instance, is hard to blame – although it probably will be. But there’s no evidence that people, in general, are driving any faster now than they were three or four years ago. Speed limits haven’t changed much – on highways or secondary roads – since the late 1990s, when Congress finally repealed the Nixonian 55 MPH National Maximum Speed Limit.

And that was almost 20 years ago.

The “speed kills” crowd warned of a massive uptick in road deaths as a result of repealing the NMSL – but it didn’t happen. Highway fatalities actually declined even as people were allowed to drive faster.

That is, were allowed to drive as fast as they had been driving prior to the repeal. 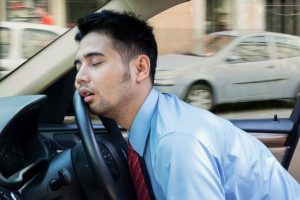 Arguably, the roads got safer because people could pay more attention to their driving – and to the driving of others – than worrying about radar traps and being ready at any moment to slam on the brakes.

Regardless, the fact remains that repealing the NMSL – and higher posted speed limits on most of the Interstate system – did not result in a fatality uptick. Speed didn’t kill.

So it can’t be that.

How about an increase in VMT? That’s statistics-speak for Vehicle Miles Traveled – a complicated way of saying there are more cars on the road, driving more miles. Well, there probably are more cars on the road right now, today, than there were in say 2013. But not that many more. Not enough to account for the sharpest uptick in motor vehicle fatalities in 50 years.

It’s got to be something else. 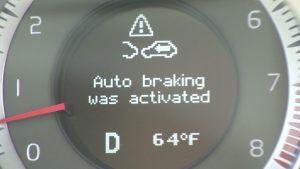 Could it possibly be that government-mandated “safe” cars have become very distracting to drive? That we have passed a kind of idiot-proofing Event Horizon?

Might it be that the spike in motor vehicle fatalities is an unintended consequence of serial efforts to absolve – via technology – the driver of responsibility for paying attention to his driving?

Is it possible that encumbering cars with so much technology meant, ostensibly, to prevent accidents from happening has instead made accidents more rather than less likely – as a result of warning buzzer/light/vibrating steering wheel overload?

The sudden, dramatic uptick in fatalities over the past 2-3 years coincides almost exactly with the filtering into general circulation of what are advertised as being active “safety” technologies. These differ from the ones we’re used to – like anti-lock brakes and traction control and even air bags – which are reactive technologies that step in (or do something, like explode in your face) only when the car is actually crashing or on the cusp of crashing.

The latest active technologies have taken over driving the car. For instance:

Automated active braking stops the car without the driver even touching the pedal; it might as well be a side of beef behind the wheel.

Active cruise control keeps track of the ebb and flow of traffic, slowing the car if the cars ahead slow, then resuming speed when they resume speed. The driver – yawn – doesn’t need to do a thing.

The latest systems can bring the car to a complete stop, then resume the pre-set speed, without the “driver” staring vacantly into space.

Side of beef, again.

Remember when you had to learn how to park curbside? No longer necessary. Just push a button, let the cameras, computer and servos park the car for you.

Why do they even bother with driver’s tests anymore?

Lane Departure Warning – because people can’t be expected to keep the car within the painted lines on their own. It assaults the mellowed-out meatsack behind the wheel with a constant barrage of beeps and yellow flashing lights to jar him out of his reverie and let him know – after the fact – that the car is wandering across the double yellow.

Steering Assist, which actively turns the steering wheel without any input from whomever happens to be warming the driver’s seat – and sometimes even fights the “driver” for control of the car’s direction. 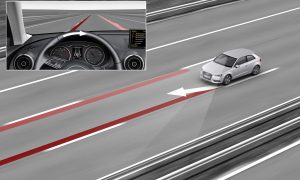 Such active technologies have become available or even standard equipment in probably two thirds of all new cars, including mass-market family cars, during the past several years – exactly coinciding with the uptick in road deaths.

Maybe because people are literally asleep behind the wheel? Or at least, being put to sleep by technology?

It’s typical of the disjointed logic of government that, on the one hand, “distracted driving” is a very bad thing (and it is) while on the other hand, the government encourages just that via technologies which are specifically set up to relieve the driver of the chore of paying attention.

And which distract his attention. 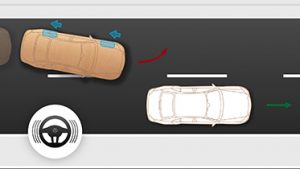 A buzzing/vibrating sail fawn is bad; a distraction.

But a buzzing/vibrating steering wheel (many new cars have these – for “safety”) is ok.

Instead of learning to use their mirrors and maintain situational awareness, drivers are increasingly encouraged to rely on little yellow blinking lights built into their outside mirrors. 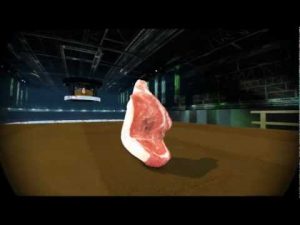 Of course, correlation isn’t necessarily cause – but it’s an interesting correlation.

We may be very close to a threshold moment. Either cars take over driving completely – and we all become meatsacks, just like the sides of beef along for the ride in a refrigerated truck.

Or maybe we start paying attention to driving again.