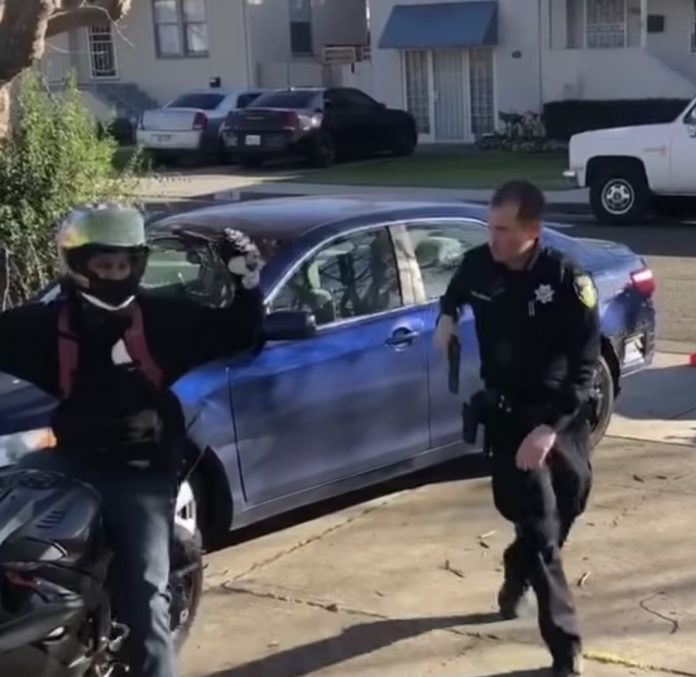 The AGW has stopped a motorcycle rider for a traffic violation; the rider is stopped in a driveway; hands in the air – not trying to “flee” and certainly no “threat” to the “safety” of the AGW.

Another man is filming this as it happens. He isn’t “obstructing” the AGW – but he is annoying the AGW by filming his murderous escalation of the situation. So the AGW Hut! Hut! Huts! the man taking video – ordering him to “stop resisting” (which he isn’t) and then hurling him to the ground for not resisting.

The immediate and hyper-violent escalation displayed here is becoming routine practice; Americans are growing numb to it be sheer repetition.