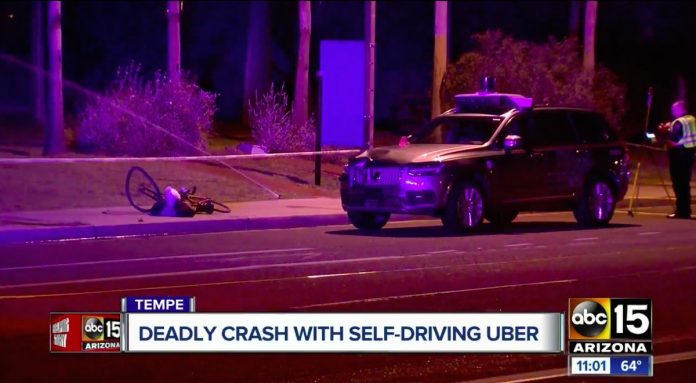 Remember the pedestrian who was killed by the auto-piloted Uber last year in Arizona? Her family is suing the state (and city of Tempe) for allowing Uber to use public roads as a test track for automated vehicle technology.

Elaine Herzeberg, 49, was struck by the autopiloted Volvo – whose meatsack (aka, the “driver”) was literally asleep at the wheel.

He woke up just in time for the roadside last rites.

Uber has already settled with the victim’s family.

But what about Uncle?

Isn’t it Uncle’s self-described (and self-appointed) job to “keep us safe”? How does that jibe with this? 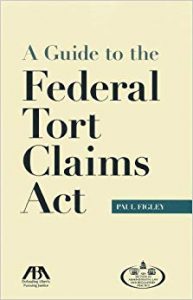 Maybe Uncle should be sued. And he can be sued, under the Federal Tort Claims Act – which is an exception to the noxious doctrine of “sovereign immunity,” which decrees the king (the sovereign) can’t be sued by his serfs (us). Today, Uncle is king – but under the FTCA, it is possible for us to sue his employees. If you can establish “negligence in the performance of their duties.”

There is a federal agency full of federal employees called the Department of Transportation; also the National Highway Traffic Safety Administration (NHTSA) which is likewise overflowing with federal employees.

All of them are supposedly employed, to one degree or another, toward the end of “keeping us safe.” Well, they haven’t. Autopiloted cars have already killed several people – which for the record is more people than VW’s “cheating” diesels ever killed (which number is none).

It is also what is known in law enforcement as a clue that something isn’t right. 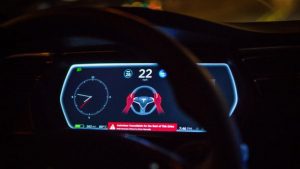 Autopiloted cars are likely to kill more people – because of the flaws in the tech that resulted in the deaths of people such as Herzeberg, which have not been corrected. No general recall of cars with known-to-be-flawed autopilot tech has issued from the federal employees charged with “keeping us safe.”

Italics to make the point that negligence enters into the picture.

An airplane crashes. No one knows why. The reason why is discovered in the wreckage; there was a flaw with a critical component. If it can be shown that the airline knew, prior to the flight, then that is no accident – and is very actionable. Both civilly and criminally. The doctrine is that the airline had an obligation to not permit that airplane (or others like it, with the same problem) to fly. And that by permitting it – knowing there was a problem – the airline is responsible for the deaths of the passengers.

Everyone knows there is a problem with autopilot tech. The designers know it. The car companies know it.

And not only allows it – encourages it.

DOT and NHTSA have been incredibly cavalier with regard to autopilot tech. They have basically let the designers of it do pretty much as they please; there is no defined standard; no testing protocol which must be passed before this tech is allowed on public roads. 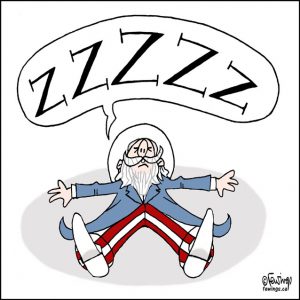 The same Uncle – the same federal employees – which subjects cars in general to a regulatory compliance regime that is the bureaucratic equivalent of the Spanish Inquisition, micromanaging every last detail of car design, is letting things just kind of sort themselves out when it comes to autopilot tech.

If the same lax standard applied to emissions testing there would be hell to pay.

Imagine it. Toyota, GM, Ford – the lot –  let loose to decide for themselves how much stuff came out of the tailpipes of their vehicles and even when the skies began to darken with smog and people started to cough and choke, Uncle would remain remote – like the demi-urge of Gnosticism.

So why not here?

In law, it is supposed to be the principle of the thing that decides a case. Put another way, a uniform standard is supposed to be applied, else the laws are arbitrary gibberish. Which is in fact exactly what they are. 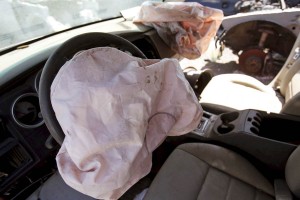 If the law had any substance, legions of federal employees who have signally not “kept us safe” would be frog-marched before the bench to face – and answer – charges of criminal negligence under the FTCA.

Not just for allowing known-to-be-dangerous auto-piloted cars to be beta tested on public roads, either. One could also bring a tort action against federal employees for knowingly allowing defective (shrapnel-spewing)air bags to remain in circulation. These have also killed – unlike VW, whose “cheating” diesels never were proved to have induced so much as a cough in an actual, living human being.

But VW was practically nailed to the cross.

Which tells you a lot about Uncle’s real concern.