You’ll probably never read a road test review by me of the Nissan Leaf, or the Chevy Spark, or the Toyota RAV4 electric. And that may tell you every thing you need to know about these vehicles. 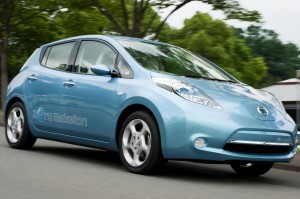 I can’t review them because they can’t make it down here for me to review.

“Down here” being about 220 miles and five hours’ driving time from the hubs where the car companies keep their fleets of new cars, which ordinarily get sent out for hundreds of miles in every direction to guys like me for week-long evaluations. The problem is that not one of the new electric cars has the legs to make it even halfway here before it conks out and requires a lengthy (several hours’ worth, at least) recharge. And that’s if a special high voltage charging station is available between Here and There. If it’s not (and it’s not – because such installations are as hard to find as a gas station that sells 100 octane leaded premium) then you are looking at an overnight stay midway while the car rejuvenates itself from a standard 110 volt household outlet at the Motel 6 or some such.

Hence, no electric press cars for me. Or for any other automotive journalist who doesn’t live within say 50 miles or so of the press car hub – which is a lot of us, by the way. Anyone who actually enjoys driving will do almost anything to escape a major metro area such as Washington, D.C. I know, because I used to live up there. And up there, the traffic is such an omnipresent boggle that it really doesn’t matter whether you’ve got a new BMW M3 or minivan to test-drive. Because you can’t drive. All you can do is sit and stew, briefly moving forward a little, then stopping – staring at the bumper of the car in front of you. That’s why I left – and ditto many others like me.

Thus, the only evaluations you’ll read – and have read – are written by guys snuggled up close to the press car hubs or flown in for the day – which I used to do but don’t anymore because of the TSA and its despicable Slave Training sessions. 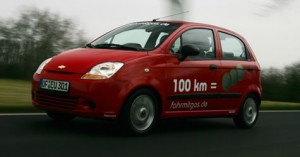 Of course, for the electric Leaf, Spark, RAV4 and others that rely on hundreds of pounds of caustic batteries and the juice provided by C02 and soot-spewing coal and oil-fired utility plants rather than clean-burning, energy dense and readily portable gasoline, the DC area and similar environments are ideal. There’s very little driving going on – and lots of just sitting. And at this, the electric car excels. When not moving, the electric car is not running. And thus, it is consuming no or very little of its minimal reserves of power. The less you drive an electric car, the more “efficient” it is. Of course, this is an odd definition of efficient in that you’re not going anywhere. And maybe that’s the point of the exercise.

On the other hand, if you do try to go someplace in one of these things, you’ll run into trouble.

The Nissan Leaf, for instance. EPA says it is capable – under ideal conditions – of going about 73 miles on a full charge. In less-than-ideal conditions, such as extremes of cold or heat or extended highway use, the Leaf’s range will be significantly less. And you’d better err on the side of caution, because if you run out of juice, you will be staying put for awhile. In a gas-burner, running out of fuel just means calling AAA or hoofing it to the nearest Exxon station. Once you’ve found fuel, in five minutes, you’re back in business. In an electric car like the Leaf, it means 4-8 hours hooked up to the 110 volt IV. 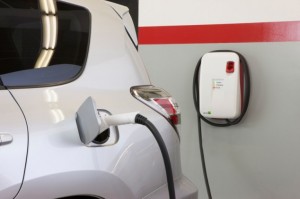 Did I mention it costs $35,200? For the “base” SV version? The  higher-trim SV lists for $37,250. For that, you could have bought something like the snarky 2012 Volvo C30 Polestar coupe I test-drove a week ago (see here for that).  It’s a luxury-sport car with a turbo, 250 hp, a six-speed stick and many bells and whistles besides. And it goes a lot farther on a tank, too.

But, don’t worry: You can use Uncle Sam to beat some funds out of your fellow Americans to help ease the bite. There’s a $7,500 “tax credit” up front for electric car “buyers” – a dubious term in this context.  This, incidentally, is more than I paid – out of my own pocket, not by picking  someone else’s pocket  – for my little Nissan pick-up truck. Which by the way goes about 320 miles on a full tank and  only takes five minutes or so to refuel. “Buyers” of the Leaf can also hit up their neighbors for the $2,200 it takes to erect a specialty charging rig that feeds 220 volt current to their Leafs, reducing the down time to around 30-45 minutes or so. That would buy me a year’s worth of “free” gas at least – if by “free” you mean paid for via funds extorted at gunpoint by Uncle from my neighbors. No thanks. I’d rather fill my tank with my own money rather than blood money.

It’s a similar story with the others.

Well, it will be. The Chevy Spark electric and the electric version of the Toyota RAV4 are 2013 models and so not yet available. But when they become available in a few months from now, you can expect the same performance – and cost – characteristics.

You can also expect not to read a review by me of them – unless the car companies double-down and send them here on a flatbed. Hey, that gives me an idea: Maybe they should include one along with the car itself. They could call it a “range extender.” And naturally, they could send the bill to the taxpayers via Uncle. 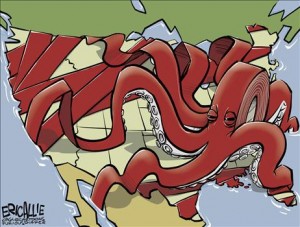 A win-win for the government and the car companies and the tax-feeders. And isn’t that what it’s all about?