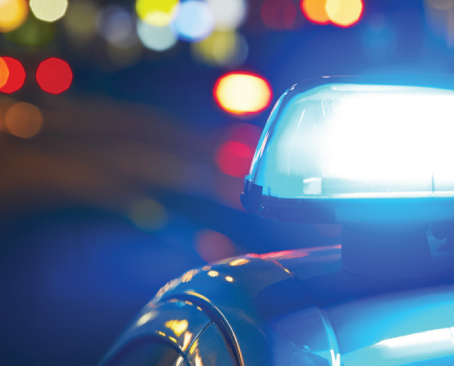 Naturally, the solution to the problem of police abusing their authority is to hold them less accountable when they do exactly that.

Leave it to “law and order” Republicans such as Texas Sen. John Cornyn and Rep. Ted Poe to evolve such logic. They have put forth the Black and Blue – whoops, Back the Blue – act (see here) which would make it harder to sue run-amok law enforcers in civil court to recover damages resulting from actions undeniably illegal – while at the same time imposing more severe penalties on Mundanes who affront the holy person of a law enforcer than those imposed on Mundanes who do exactly the same thing. 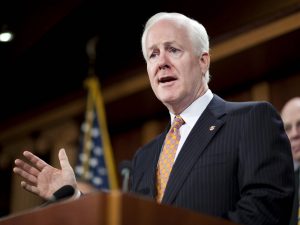 As regards the first:

So long as the victim – er, perp – was “engaged in felonies or crimes of violence” (how this it to be determined in the heat of the moment remains unclear) the law enforcer administering the wood shampoo or “directory assistance” (beating administered with a phone book in between the flesh and he nightstick, to keep the bruising down) or some other such informal technique, will be immunized from subsequent civil suit by his victim, provided the abuse suffered occurred while the enforcer was acting in a “judicial capacity.”

It is obvious – or should be – that this only encourage more lawless “street justice” by the enforcers of the law. It will also encourage more generous application of the law – i.e., of bogus/trumped-up charges (such as felony “resisting”) in the immediate aftermath of an otherwise legally unjustifiable beatdown, to immunize the beaters from the legal consequences of said beatdown.

This GOP act of cop suckage is even better than a throw-away stiletto  – which dirty cops used to keep on hand to leave adjacent to the bloodied corpse of their victim, so as to justify his aeration.

That was at least illegal.

Now, they won’t have to bother. 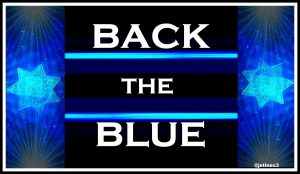 What these Republican brownshirts – and that term isn’t too strong; if anything, it is too soft – propose to do is legalize objectively criminal conduct, the conduct to be justified by eructing that the victim was a “law breaker” and so – presumably – deserved to have more than the legally prescribed justice meted out to him and – critically – before he has been duly convicted of anything at all.

Under the proposed Black and Blue lawlessness, law enforcement is to be given discretion to administer street justice, according to its lights – and the victim of this is to be rendered legally helpless. No damages are to be awarded for any violations of law that occurred during “any action brought against a judicial officer for an act or omission taken in the judicial capacity of that officer.”

Hut!Hut! Hut! You will respect my authoritah! 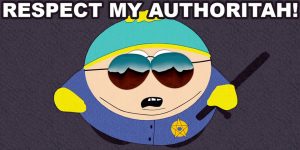 At the same time, any assault upon the person of a law enforcer by a Mundane becomes a separate federal crime with a mandatory two-to-five-year stint in federal prison. Twenty if the accused was in possession of a weapon during the incident.

The legal definition of “assault” can be a trivial as jabbing a finger onto someone else’s chest. Or – in the case of law enforcement – defending oneself against an assault by a law enforcer. Attempt to ward off a wood shampoo –  a reflex action that is almost impossible to suppress, and – to well-practiced cries of “stop resisting!” – you have just purchased a two-to-five-year ticket to the federal prison of their choice. 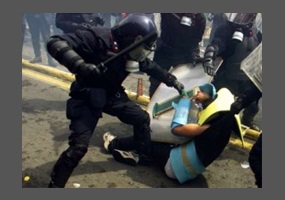 It goes without saying that a law enforcer who commits exactly the same offense – assuming he is even charged – will suffer nothing of the sort.

Cannot suffer anything of the sort, because the the law specifies more lenient treatment for assault-by-cop upon a Mundane.

And the lights just got a little dimmer.

As is often the case, the words of the brutal but never truckling Reichsmarschall Herman Goring are worth recalling. 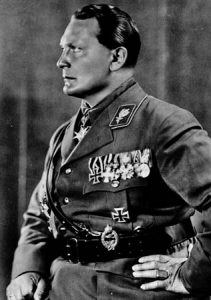 But first, it is worth recalling that Goring was Nazi Germany’s chief law enforcer for a time. Head of the Prussian State Police, creator of the first German concentration camps and founder of the Gestapo, the acronym standing for geheim staats polizei, or secret state police. He was hanged – well, supposed to have been hanged – after the judgment at Nuremburg precisely for his activities as Nazi Germany’s Top Cop.

And here is what Goring had to say about his law enforcers, when the question of excesses arose:

“Shoot first and inquire afterwards; if you make mistakes, I will protect you. Every bullet which leaves the barrel of a police pistol is my bullet. If one calls this murder, then I have murdered. I ordered all this. I back it up. I assume the responsibility and I am not afraid to do so.”

One can imagine Cornyn or similar “law and order” Republican – including the current orange-tinctured buffoon – saying pretty much the same.

What the hell happened to us? 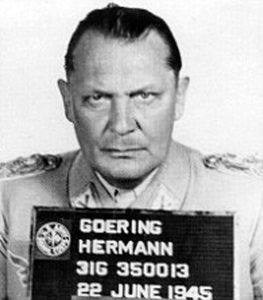 Well, to some of us.

There has always been a jackbooted strain in American politics, the bloody lust of the Red Queen to “off with their heads.” But until recently, it was backwater  – along with things like handling snakes, jabbering in “tongues” and sipping strychnine.

But these and worse barbarisms wax mainstream.

Rather than hold those who enforce the law to at least the same standard expected of the rest of us – if not a higher standard – they are to be held to a lesser standard. We, meanwhile, had best not so much as raise our voices to these dispensers of “justice.”

And it’s only taken 70 years for us to get from there to here.