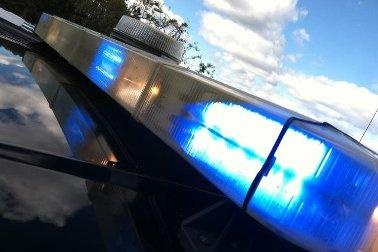 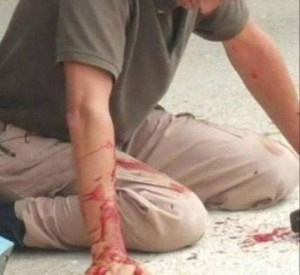 Last Friday, an Alabama cop pulled over a guy – apparently, over a traffic infraction. The guy argued with the cop; a fight broke out.

The guy got the upper hand and beat the cop senseless.

What’s remarkable about this incident – which got very little to no coverage outside of Birmingham – is the reaction of bystanders to the beating. Instead of coming to the cop’s aid – or even just calling 911 to summon more cops – they laughed, took pictures and posted the pictures of the cop lying bloody and unconscious in the street on social media sites like Facebook.

The natives (that’s us, by the way) are becoming restless.

Respect and deference are fading. Contempt – and something much stronger – are replacing them.

This should not come as a bolt out of the blue given the almost daily deluge of badged bullies strutting their stuff all over YouTube. Perhaps you saw the one of the California cop who unholstered his pistol on a guy who was standing beside his own vehicle, parked in his own driveway, in a suburban cul-de-sac? The cop was threatening the guy’s life because the guy had taken out his camera and was filming this cop, who just rolled into the cul-de-sac and sat there in his cop car, watching. If an ordinary citizen did this, it’d be stalking. If an ordinary citizen drew a gun, as this cop did, it’d be felony brandishing – and in many states, sufficient legal pretext to defend oneself with deadly force. But because the thug was in costume, he was legally able to stalk and threaten another human being and then just drive away.

Just one of many. Too many.

It is reaching a critical mass – and not just in “urban” areas.

About a week ago, I was out riding my motorcycle with two friends. We’re all middle-aged married white guys with jobs and homes and responsibilities, none of us with any criminal “history.” No tats or gang colors or even long hair. We got pulled over for a trivial speeding charge on the Blue Ridge Parkway – where the speed limit is 45 and almost everyone is running 50-ish.

On a long straight stretch, late afternoon, sun out, clear and dry. No one else on the road in our vicinity. No danger to anyone; just three guys out for a late afternoon ride.

That was the plan, at any rate.

About half-way into our ride, we had the misfortune of crossing paths with colleagues of the Alabama cop badly beaten. A couple of fellow law enforcers. 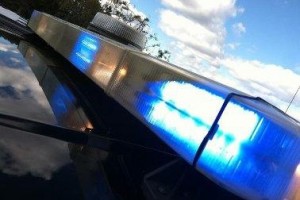 Enforcers of the law.

We could have run. And probably should have, as it turned out.

All of us were on high-performance sport bikes fully capable of reaching 150 MPH before those cops in their Ford Explorer even got turned around. We were on home turf, we knew the road. Knew that just a half-mile ahead, we could have turned off onto a gravel road and been… gone.

There is no doubt we could have done it. No doubt we would have “gotten away with it” (that is, escaped unmolested).

But we slowed and stopped, pulled over onto the grass and waited for them to turn around, catch up. Given that they had to know that stopping was optional for us and given the silly/trivial nature of what we were being stopped for (58 in a 45, as it turned out – oh, the humanity!) we figured a quick license check, some smiles, goodwill and friendly banter would have us on our way with a warning.

It did not turn out that way. 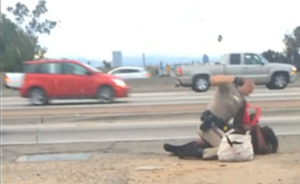 Not only did we get the Full Monte – tickets for all, with no slack cut – we got treated as “threats” to “officer safety.” We were ordered and not politely to sit on our bikes, facing away from the cops – for literally half an hour, while they diddled inside their SUV with their paperwork. When we began to get tired and rotated in the saddle to ask – nicely, in even and calm tones – whether we might just sit on the grass, or even just stand there – the cops assumed Command Voice and became downright threatening.

Did we want to go to jail tonight?

Again, this was over a minor speeding beef. They had run our IDs, knew we were not dangerous or likely to be such (three white, professional-looking guys in their 40s, articulate and – so far – friendly) who just wanted to sit on the damned grass or maybe stand by the side of the (not busy) road and not be treated like indigs.

Our polite questioning enraged these cops. You don’t question anything a cop says. They take it as an affront, a challenge… a threat.

Everything is a “threat” to these jumpy “heroes.”

The situation was deteriorating. It could easily have gotten out of hand. If one of us had challenged their authority to tell us that we had to sit on the bikes rather than sit on the grass, and actually sat down on the grass, it could have become “resisting”…

They said it would be exactly that, in fact. 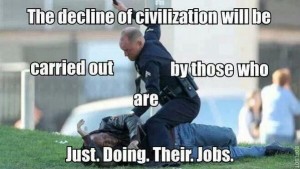 These guys seemed to have a buzz-cut boner about lording it over us. It was not sufficient that we pulled over safely and were polite and complied with the law. That we were not combative or even argumentative.

We had to be degraded by them, too. Treated like scum.

This is why Alabama, I think.

Michael Brown may have been a thug. But Darren Wilson was, too.

That’s the awful truth not being discussed openly but increasingly felt – and which I expect will be acted on more and more frequently as things inevitably escalate.

And enforced often brutally. By the road cavity searches because a cop “smelled pot.” Shooting a guy in the back over a dead taillight. Handcuffing third graders. Dragging a woman out of her car, tackling her to the ground and Tazering her because she took umbrage at being told she could not smoke a cigarette in her own damned car.

Cops wear body armor, have mirrored sunglasses – so that we cannot see their eyes. Every “contact” is a dominance ritual, not an interaction between a peace officer and a citizen.

People grow weary of being ordered about – of being bullied.

The so-called underclass has long had to deal with this and now the middle class is becoming uneasily aware that being a “law abiding” person not looking for trouble is no longer sufficient to avoid it.

Sometimes, trouble goes on the hunt.

We got away with just the tickets (as if “just” accurately conveys the injustice of being literally robbed at gunpoint of several hundred dollars by armed – if official – strangers over the excuse of a crime with no victim.).

But my blood was boiling.

I understand why those bystanders in Alabama didn’t lift a finger to help the cop who got the tables turned on him.

I wouldn’t have, either.