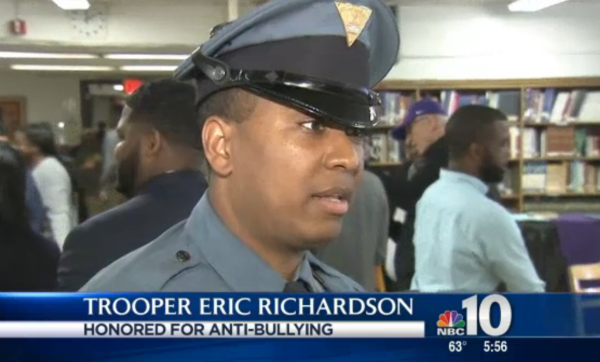 A New Jersey state trooper was charged Wednesday with tampering with or falsifying records to cover improper stops of female drivers, according to the New Jersey Attorney General’s Office.

Eric Richardson, 31, of Camden allegedly pressured two young women “to begin a personal relationship with him,” according to a news release. Richardson will be suspended as a result of the charges.

The investigation by the New Jersey State Police Office of Professional Standards reportedly found separate incidents involving two drivers Richardson pulled over repeatedly. He allegedly threatened to arrest one of the women if she did not share her phone number with him.

Investigators alleged the trooper tried to persuade the women by not impounding their unregistered vehicles, and in one case, not arresting the driver who had an active warrant.

The incidents occurred between August 2016 and January 2017. Richardson reportedly texted the women and contacted them on social media, according to the attorney general’s office.

The trooper’s alleged violations include: telling dispatchers and recording in the official computer dispatch log that he stopped a male driver on Dec. 23, when it was really one of the two women; falsely reporting he stopped to help a motorist on Jan. 3, when he actually stopped the second woman to ask if she had the same phone number; and deactivating the dashboard camera in his car during some of the stops.

Not All In on EeeeeeVeeees