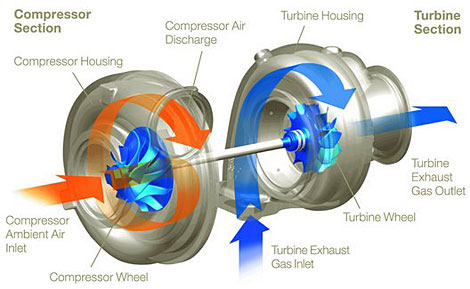 General Motors has quietly and rapidly boosted its use of turbocharged engines as the solution to appeasing Uncle’s emissions and mileage fatwas while maintaining performance acceptable to buyers.

The company’s turbo mix is expected to keep growing with the summer release of the 2018 GMC Terrain and ongoing production of the 2018 Chevrolet Equinox, the most recent vehicles to offer turbos exclusively.

No mention, naturally, of the added cost to the car – which buyers get to eat.

Roughly half of GM’s 2018 vehicle lineup is expected to offer at least one turbo option, including a 2.0-liter, four-cylinder engine available in the Chevrolet Traverse and standard on the Buick Regal and Regal TourX.

Nicholson declined to comment on plans to add turbo engines to GM’s large trucks and SUVs – as Ford has already done, saying GM will “continue to look at customer acceptance” and apply turbos “segment by segment” rather than across the board.

Here’s to hoping not.