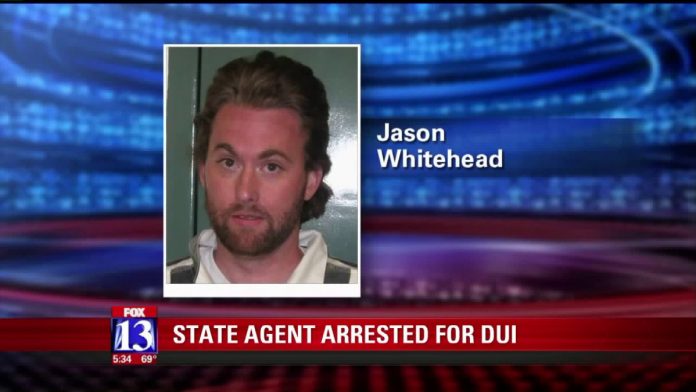 A former agent with the Utah state Bureau of Investigation arrested for DUI while driving an unmarked police vehicle on his way to a training assignment in Lake Powell has pleaded guilty to impaired driving.

Jason James Whitehead, 35 of Ogden, was arrested April 24 by the Garfield County Sheriff’s Office and was charged two days later in Garfield County Justice Court on one count of DUI and two counts of carrying a dangerous weapon while under the influence of alcohol or drugs, all class B misdemeanors. He was also charged with one class C misdemeanor for an open container in a vehicle.

According to court records Whitehead pleaded guilty Thursday to the impaired driving charge with a $1,500 fine imposed. Court documents yielded no further details on the terms of the plea.

Whitehead was pulled over on April 24 by a UHP trooper after several calls to 911 were received from motorists reporting a reckless driver on U.S. Highway 89.

Once the trooper determined the driver was a DPS employee, Garfield County authorities were called to take the case to avoid a conflict of interest.

Whitehead failed the field sobriety test and was arrested for driving under the influence of alcohol by deputies with the Garfield County Sheriff’s Office, court records state.

Whitehead, a member of the DPS Dive Team, was on his way to training in Lake Powell when he was arrested.