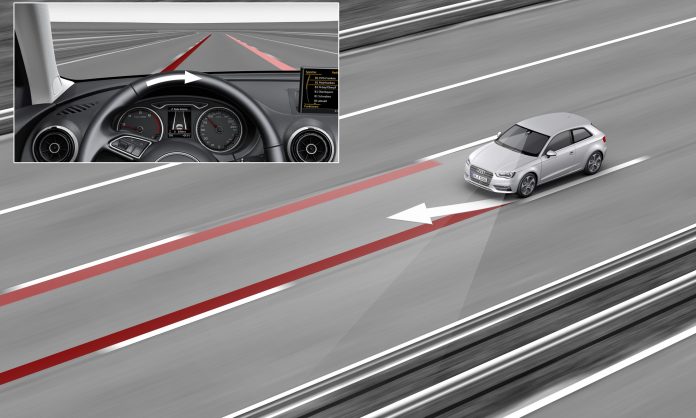 Technology never makes mistakes – unlike the humans who design it. Who never fail to anticipate the unanticipated.

Perfection issuing from imperfection, reversing the usual order of things.

Sarcasm, in case you didn’t pick up on it.

This 190 proof moonshine – distilled by arrogant technocrats like Elon Musk – is going to get people hurt as automated-driving technology comes online.

I recently test drove a 2018 VW Atlas (review here) which has what several other new cars also have: The ability to partially steer itself, without you doing a thing.

There are hi-res cameras built into the front end of the car that scan the road ahead; they see the painted lines to the left and right and use them as reference points to tell servo-motors when (and how much) to turn the steering wheel to keep the car in between the lines.

It is billed as Lane Keep Assist (or more honestly, Steering Assist) but words don’t change what it does, which is turn the steering wheel for you .  . . and sometimes, against you.

The system – which is touted (you knew this was coming) as a saaaaaaaaaaaaaaaaaaaaaaaaaaaaaaaaafety aid – is set up such that you must signal before making a lane change, else the semi-self-steering system will perceive this as an affront and fight to prevent you from making a lane change. It feels exactly like the hand of your mother-in-law pulling the steering wheel in the opposite direction. The force applied is not great, but it’s there – and it’s very weird to feel the car countermanding your inputs – or at least, trying to.

But all you have to do is signal to prevent this from happening! The system stops trying to steer against you, then. And shouldn’t one always signal?

As important as courtesy is, one may not have time or presence of mind to do so in an emergency situation. A deer suddenly bounding into your lane, for instance.

Now the car is fighting you – trying to keep you in your lane when remaining in your lane is very likely to result in bent metal.

For a man with strong arms and grip strength, it’s mostly an annoyance – not unlike brushing your annoying mother-in-law’s hand off the wheel. But for a woman or someone without strong arms and a firm grip on the wheel?

Remember: Computers aren’t smart. They are programmed. They are not (yet) thinking machines. They are automatons, fed certain operating parameters within which they operate – and that’s it. When a not-anticipated variable crops up, what happens? You may remember the classic ‘60s sci-fi series, Lost in Space and the belligerent, arm-waving robot.

It does not compute!

Humans, on the other hand, think. Or at least, are capable of it. Whether they exercise it is another question, of course. But the point is, they – unlike a computer program – can adjust to deal with an unanticipated variable. They know that signaling is of not much importance when a deer bounds into the path of a car; that swerving – right got-damned now – is of paramount importance.

But the technocrats know better, don’t they? 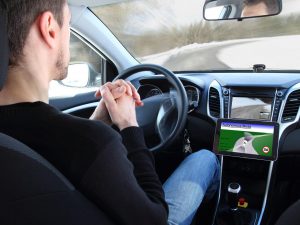 Of course, they don’t. Being imperfect humans, just like you and I. That is the flaw with their logic. The same flaw that says because humans cannot be trusted to govern themselves, humans must govern them… er…

But the technocrats, Elon Musk being a kind of uber Morlock technocrat, believe they do know best – and (much worse) believe they are our betters and thus we’d better do as we’re told.

And buy what they decree.

They have weighed the risks and run the odds – and if there is a chance that we might be killed as a result of their technocratic arrogance . . . well, omelettes and eggs. We are not to be allowed to make the calculation – and the decision – for ourselves.

Airbags were the first such imposition of the technocratic vision. The evil precedent it set has been expanded upon ever since – and the unintended consequences multiply and compound.

Air bags, when they were first force-fed to us, proved lethal to older/frail people and to children, sensors had to be added to the seats of cars – to detect size and weight – in order to “depower” the in-dash Claymores when a child or older person happened to be sitting in front of one. But now, an annoying buzzer goes off if one sets say a laptop computer or even a bag of take out food on the passenger seat – unless of course one has buckled these items in for safety.

If not, the buzzer goes off – and distracts. 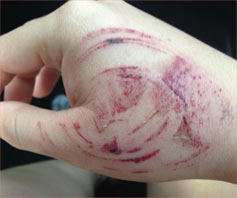 Enervated drivers are not safe drivers.

And what of the millions of extremely not-safe Takata air bags that are shrapnel explosions-waiting-to-happen?

I’ve written about the federal mandate requiring all new cars to have roofs sturdy enough to support the entire weight of the car in the event it rolls upside down. Another technocratic befehl. This requires roof supports much thicker than they used to be – which often greatly restricts the driver’s peripheral view, making it less safe to pull out into traffic from a side street. 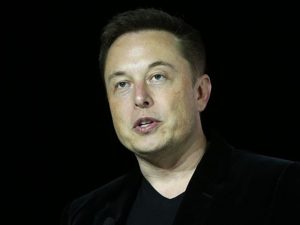 Musk and his acolytes purvey a sanitized, Jetsons-like future of seamless, chic, ultra-efficient and fault-free transportation (note that driving becomes obsolete in this vision). But there will be faults – and unintended consequences, too.

Which we are not going to be consulted about, much less given a choice about.

The trick – for them – is to gull the public into buying into the technocratic Jetson vision so as to make the imposition of the technocratic actuality a fait accompli. The words of Nancy Pelosi come to mind: You have to pass it to find out what’s in it.

Pelosi, of course, knew perfectly well what was in it. So do the technocrats.