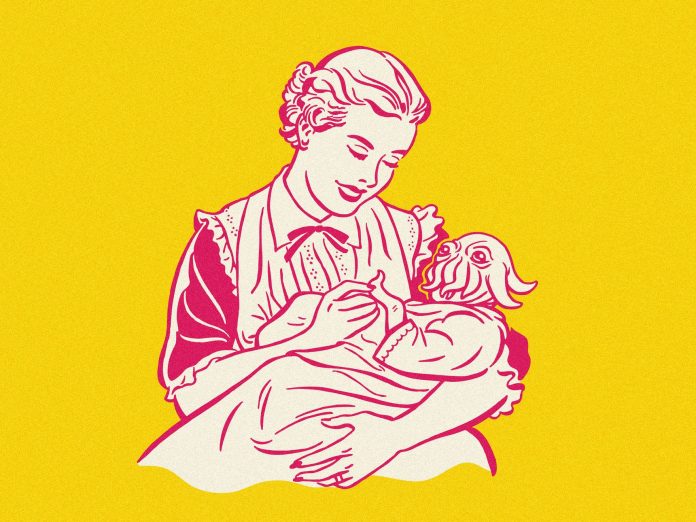 In addition to their being Plenty of Fat (POF) online, one of the other things you will find lots of when checking out the profiles of chicks on dating sites is  . . . other guys’ kids.

Probably two-thirds of the online dating population is Single Mom.

And belligerently advertise the fact. “KelsseysMom,” “ProudMomof2,” “MykidsComefirst” – these are real profile handles I submit for your consideration.

Here’s what he does know, though:

You will be third (or fourth) banana – at best.

She will not have much time for you.

Right off the bat – before you even know anything about her. Think about that.

Now, a married guy – and the father of kids – will naturally accept second or third banana-hood  as both reasonable and natural. But a single guy looking for a date – let alone a girlfriend? He doesn’t care about your kids – and never will, because he’ll never ask you on a date, if he has  any sense (making girlfriend status not likely, let alone wife status) since your profile has made it clear right off the bat that you will be second or third banana before you even got to enjoy 5 minutes of first banana-hood.

In the event you are dumb enough to click “wink” or send her a note there will not be much fun, let alone sex. There will be hassles – and bills. Bad enough when they’re yours . . . but some other guy’s?

Also: Ask yourself why they are single moms. Why there are so many of them . . . .

Modern Oprah-ized women – even women with kids – will bail on a marriage the moment it no longer “makes them happy.” Do you suppose you will succeed where the Ex failed?

If these women were not the type you absolutely do not want to get within blast radius of, they would tell you they have a kids, certainly – but not make it the fulcrum of their profile and the centerpiece of their identity. What would you think about someone who identified themselves as “HanSolo5” and two-thirds of their profile waxed on and on (and on) about their Star Wars fixation and made it real clear you’d better share that interest?

Maybe if you dress up like Darth Nihilus on weekends.

Kids are a part of life. They are not the only thing in life. Not for a person who isn’t tetched in the head.

Unfortunately, lots of people are so tetched.

Many of them single moms.