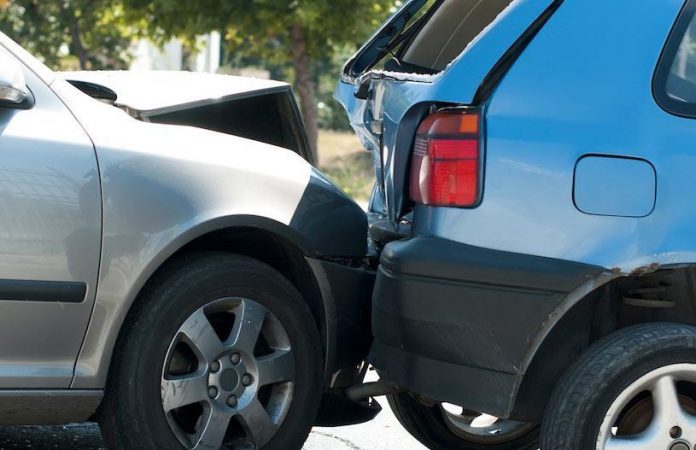 The thing about accidents, of course, is they’re unpredictable. They just kind of happen – usually at a time (and in a place) that’s not convenient. They are also stressful – and that’s pretty much when our capacity to make good decisions is at a low ebb.

Which is why it’s a good idea to be ready – as you can be – for an accident before it happens.

Keep a notepad and pencil (not a pen; they dry up) in the console or glovebox so you’ll have something to write details about the accident on. Not just the where and when but the circumstances; things you might forget but which could be very helpful to remember later – in court, or when wrangling with the insurance people. 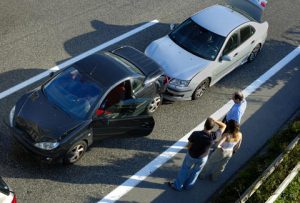 Use you cell phone to take pictures of everything. Not just the damage to your car and the other car, but also the position of the cars as well as things like skid marks in the road and signage (especially if obscured by leaves/tree branches, etc.)

Some people keep a GoPro or similar video rig running at all times. These cameras – which are not big ticket expensive – can really save your bacon if someone blows a light or runs a stop sign and denies it after they pile-drive into your car.

Keep real flares in the trunk. Not the ludicrous electric/reflective ones that many new cars now come with but flares that burn bright. People otherwise addled by their sail fawns tend to notice burning flares – and that could avoid a second accident.

A high-powered flashlight is another smart thing to keep handy. Because accidents sometimes happen at night. 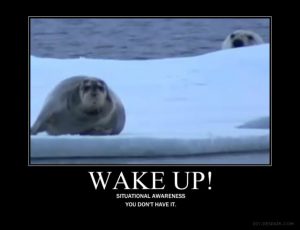 Don’t assume that because the light is green, the intersection is clear. Right-of-way may help you later, as far as recovering damages – but it won’t do squat as far as helping you avoid being damaged in the first place if someone blows through a red light and straight into you.

Don’t enter an intersection without looking left and right –and then left again.

Scan your mirrors constantly – especially your rearview mirror when stopped in traffic. You may notice an SUV whose driver hasn’t noticed that traffic is stopped is bearing down on you at high speed . . .  in time to get the hell out of its way.

Or at least brace for the impact. 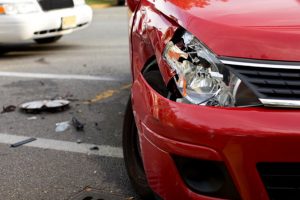 Think about where you’d try to point the car if you had to swerve or leave the road suddenly. Notice things like big trees – so you can avoid piling into them head on, if you have to veer off the road. Look for soft landings – or at least, softer landings, such as grassy berms, fields and so on – to minimize possible injury and damage to your vehicle.

Practice emergency braking in order to become familiar with how your vehicle reacts – and how long it takes your car to come to a complete stop. Even though all new cars and most cars built since the late ’90s have anti-lock brakes and so won’t skid, you won’t really have a sense for how long it takes them to stop until you give it a go.

Ok, someone just rear-ended you – despite your best efforts to avoid it. What’s next? 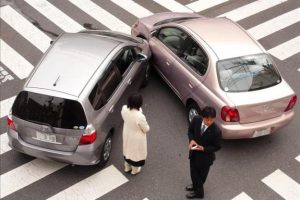 Even in”no fault” states, it’s a good idea to not give the guy who hit you the opportunity to obscure what led to the bent metal. Other drivers will be annoyed because you are blocking traffic, but you will have to decide whether suffering their scowls is worse than the insurance mafia deciding the accident was your fault and not the other guy’s. Or not finding fault with either of you – but both of you getting the bill (in the form of higher insurance premiums).

Keep in mind that they can and will hold an accident against you for years – even sometimes when it wasn’t your fault. 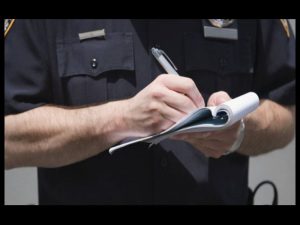 Call the cops – in order to get an official accident report. Your insurance company will want this. It will help your case if the other driver is issued a ticket for failure to yield or running a light.

If the cops do not show – and the cars are drivable – you can legally leave the scene after exchanging information with the other driver. Give – and get – their full name and address from their driver’s license, noting which state the license was issued by. Get their insurance info – policy and expiration date.

Be sure to get the expiration date.

If the other driver can’t produce insurance paperwork or the policy is expired, this is the time to tell the other driver you won’t narc him out to the cops if he can produce cash money right now to cover the cost of the damage done to your vehicle. You are being very cool by making this offer because driving without valid insurance is a pretty big bust in most states. 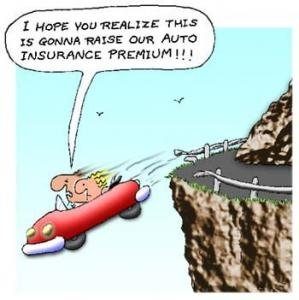 If it’s just a minor fender bender – and regardless of fault and even if both of you are covered – it can be very smart to offer to pay for the damages out of pocket (and to accept such an offer) rather than go through insurance. Paying a couple hundred bucks to settle things between yourselves beats paying several hundred bucks more every year for the next several years to the insurance mafia.