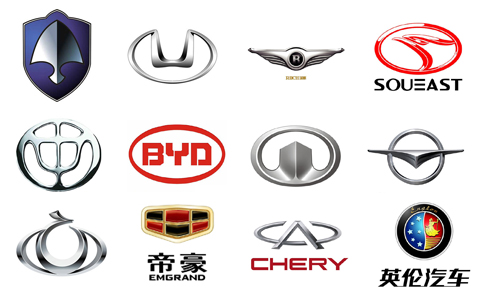 GM’s Buick division is doing extremely well . . . in China. The Chinese own Volvo. And may soon own Jeep – one of the few still-viable pieces of what used to be Chrysler.

Emphasis on for now.

Fiat invested in what was just Chrysler, hoping to use the once-Big-Three company as a kind of Mulberry Harbor – the floating piers used by the Allies during the Normandy invasion toward the end of WW II to establish a beachhead in Europe – only this time in America and cars rather than troops. But unlike the Normandy invasion, the Fiat invasion has been a flop so far.

And that’s the high water mark.

Sales of the 500L – an upsized version of the 500 – are as lifeless as Dracula’s corpse, with the difference that Dracula rises at night. Fiat hasn’t sold more than 184 in a month so far this year. And that was a good month for the 500L. A bad month was February; 72 cars got bought and that’s it. 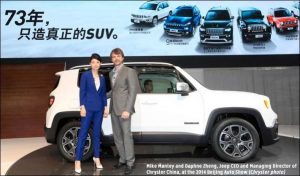 The only thing that seems to help boost Fiat’s stock is the rumor about Jeep. The Chinese are very interested in buying the one un-cankered portion of the FiatChrysler conglomerate – chiefly because China is a kind of Asian revivication of 1950s America and its middle class desires large, powerful vehicles – like the SUVs Jeep specializes in and because it has a rising middle class that’s able to afford them.

It’s not that Americans have changed their minds and no longer want large, powerful cars. The problem is their buying power has been gimped. Their incomes are lower, the cumulative bite of taxes higher and things like health care now cost the average person probably three times what they did back in 1970, leaving not much in the way of disposable income for things like cars.

And while small cars with small engines are not unreasonably priced (on an inflation-adjusted basis) big cars with big engines have grown exorbitantly expensive and thus, beyond their means.

Consider, for instance, the flat-lined Dodge/Chrysler portfolio, starting with the Dodge Charger sedan. 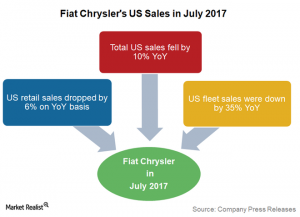 This car is, in terms of its general layout – rear-drive, heavy steel frame, V8 engine – very similar to the cars middle class and even working class Americans routinely drove during the heyday of America’s working and middle class, from (roughly) the mid-late 1950s through the mid-late 1970s.

What’s not similar – and accounts for the sales plummet – is the price.

And the Olds was a near-Cadillac. 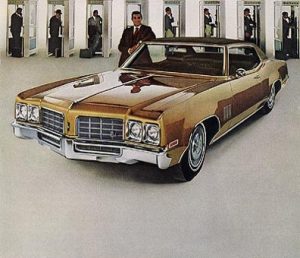 In between then and now, the price of cars got higher but the means available to middle-class Americans did not rise to  keep up.

Fast forward to now and cars like the ones Dodge (and Chrysler) sell are not selling – except to the government (which has unlimited funds) which buys up fleets of Chargers for use as cop cars. But otherwise, forget it.

It is an unplowed field, rich and loamy. Brand-new superhighways, as opposed to our ancient and decrepit ones. A chunk of real estate roughly analogous to the continental United States but instead of a tired and worn out population hag-ridden by debt and with its back to the wall, a potential market at least three or four times as large and flush. Did you know that the Chinese car industry is the world’s largest car industry? That it produces more cars than the U.S. and European car industries combined? That it grows by double digits, annually? 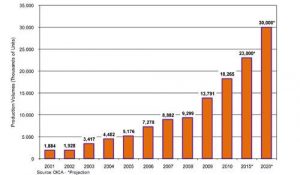 There is a damned good reason why GM hasn’t killed off Buick.

The brand is an irrelevance here – because there is no longer a market here for a nicer-than-Chevy but-not-quite-a-Cadillac. The Americans who bought cars like that are either mostly dead or getting ready for death, whiling away their remaining hours watching Matlock reruns in old folks homes. The cohort immediately behind them, meanwhile, is trying to figure out how to afford the monthly payment on a Honda.

And the cohort behind them – the Millennials – have tuned off to cars generally, as a generation. They are the ride sharing generation. Because when you can’t afford to buy, you rent. Cars, to them, are a burden. And they are.

The whole ride-sharing thing is premised on the realization that there’s only so much peanut butter left in the empty jar; it is a finger desperately trying to reach the last scraps sticking to the wall.

It’s like a case of unopened jars of peanut butter. Cases. Stacked a mile high and as far as the eye can see. One-point-four billion Chinese, lopsided to the left of 50, in their prime car buying years and with the means to buy cars and the desire to buy them.

How do you say “Motor City” in Mandarin?