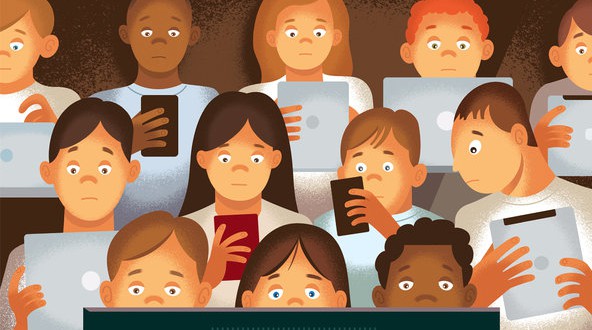 Working on cars has become part of America’s cultural past, like so many other things which used to define American culture. Which was, above all, a car culture. What you drove was very important and – especially for young guys – it was almost as important to know how it worked and to at least plausibly be able to work on it.

Males were expected to have a degree of mechanical competence or at least interest and if not your maleness was somewhat suspect.

Almost no one wrenches anymore – male or female. Not unless they’re paid to. And most people have to pay someone else to wrench because more than merely wrenching is involved now. 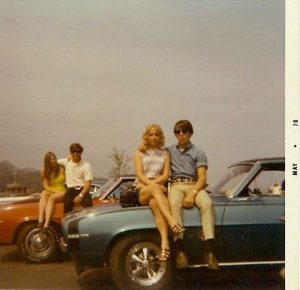 The complexity today is much greater, obviously. It presents the same kind of barrier to entry that having to destroy 50 brand-new cars in crash tests to prove they meet Uncle’s safety standards presents a barrier to entry to any small start-up that wants to get into the business of selling cars.

Instead of simple/discrete systems – for example, fuel delivery via a mechanical fuel pump and carburetor – you now have inter-related and much more complicated synergistic systems such as direct injection – which is enmeshed with the electrical system, emissions system, ignition system. It is necessary to understand how all of these work in order to be able to diagnose and bring back to good order any of them, individually.

It’s analogous to a manual typewriter vs. a computer keyboard; or a smartphone vs. an old corded wall phone.

The former and latter can both be understood, but a mechanical device you can manipulate with your hands and take apart and handle the parts and how they go together is easier to understand – particularly for someone without any formal training. Self-teaching is more feasible. 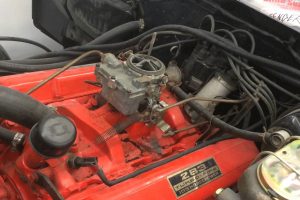 Think about a simple two-barrel carb vs. a modern DI system. Imagine being 15 again and having a few screwdrivers and maybe a $25 socket set. Pop the hood of the pre-computer car and you could work the throttle arm by hand, see the choke blade close. Look down the carb’s throat and observe the throttle blades opening. Actually watch the fuel squirt down the venturis. 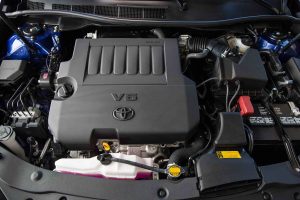 What is there to see under the hood of a modern car except a plastic engine cover and underneath that, lots of plugged-in plastic things and wires? Very little actually moves – that you can see.  The throttle, for example, is controlled electronically via a throttle position sensor.  Its workings cannot be seen. And there many other sensors, besides.

Unless you are already an engineer – or have near that level of comprehension, especially of things electrical – modern cars are unapproachable, overwhelming. Too Much. So many things to understand and which must be understood to service them competently. Too many “black box” electronic things whose workings one cannot see or manipulate with one’s hands.

The tactile element is gone. Modern cars are not amenable to tinkering. Electronics either work – or not.

Forget about it. Take it to the shop.

Remember being a kid and the joy of taking mechanical things apart? Today, there are almost no purely mechanical things to take apart unless one finds something old. They are electronic things designed to be hard to open and forbidding to even try opening. Just accessing a laptop’s battery requires removal of at least a dozen surgical size mini-screws – which requires a special tool – then you have to deal with fragile components that are easily damaged if you lack expertise, etc. 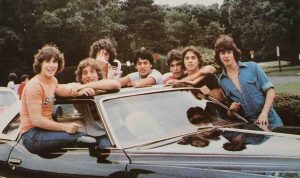 Barrier to entry. The odds of breaking something expensive are pretty high. Which is why most people  . . . take it to the shop.

Think about what an ordeal it’s become to even change the battery in some new cars – which require connecting the car to a (usually proprietary) diagnostic computer. If you don’t, the car won’t run properly and may not run at all.

It was sometimes hard to work on older cars, too – but in a different way. Access was usually the issue – as in reaching the number eight spark plug on a V8 in a ’75 Caddy with AC. You had to be inventive. You learned to improvise. This was kind of fun. Maybe jack the car up and go through the fender well. But it was almost entirely mechanical; a matter of figuring out how to get at something. The understanding it part was easy enough.

It is not anymore. 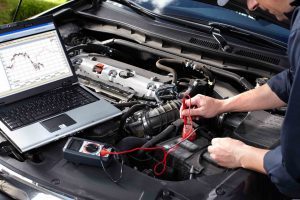 Note that mechanics are as rare as cops without buzz cuts and Stormtrooper sunglasses. Instead, there are technicians – and the competent ones are not usually self-taught guys who built on native mechanical aptitude. It takes formal training in electronics and diagnostics to competently assess and service a modern car. So much training, in fact, that the competent techs are near-engineers and that presents an interesting dilemma: Why not just a little farther down the road and become an engineer?

Meanwhile, good techs earn (deservedly) as much as good engineers used to.

Because they are pretty much the only ones who have a clue about how to fix a modern car.

The rest of us just drive and hope the thing keeps running. And when it stops running, we’re as helpless, most of us, as when the computer screen goes dark or our smartphone stops working.

H.G. Wells saw it all coming.

I wish we could send it back.