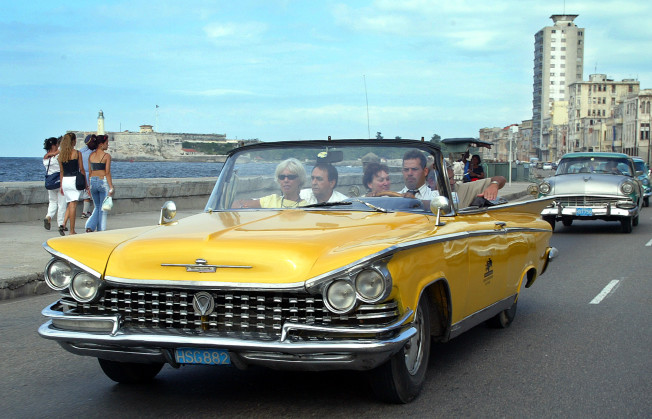 Everyone knows about the ongoing classic car show in Cuba. Cars from the ‘50s and ‘60s being used as everyday drivers – by almost everyone.

It’s not because the Cubans appreciate classic cars. It’s because old cars are what they can afford. They keep them running with hand tools and whatever’s handy. Improvise, make it work.

Coming soon, to a town near you – and for similar reasons.

A small but growing portion of the driving public is opting out of the new – and “modern” – car market, because new cars have reached an event horizon of cost-too-much/too-much-hassle/too-much-nannying. 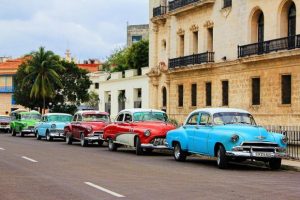 Most people have to finance them – for twice or longer the duration of what used to be the traditional car loan (about three or four years) and that ongoing, seemingly interminable expense is compounded by having to pay someone else to fix them – even minor things – because most people can’t fix new/late-model cars themselves. They are too complicated, require specialized tools – including diagnostic equipment – they can’t afford or justify buying.

Cost to fix is going to be an obvious problem in the next few years, as the latest crop of cars with direct-injected, turbocharged engines and transmissions with eight, nine and ten speeds begin rack up miles and things begin to need fixing. 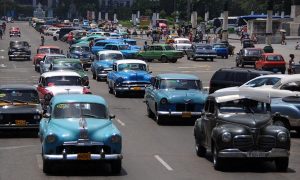 By going older, you can avoid all of this. Cars made before the early 1980s are machines rather than iPhones on wheels. They are mechanical things, not electronic things. The engine is an engine. There it is, simple. If you understand the basics – fuel, air, spark – you can understand its workings and do the fixings. No codes to “pull.” No IV diagnostic hook-up to a $10,000 manufacturer proprietary mainframe that only the dealer has.

No ABS, just brakes. So no expensive ABS pump.

A $20 sealed beam headlight vs. a $300 plastic headlight “assembly.”  Sure, the “assembly” produces superior luminosity. And a suite at Trump Towers is nicer than a room at the Holiday Inn.

But when cost is an object… .

Steel wheels that can take potholes without bending and which can be replaced if you ever need to for $10 or so at a parts yard. 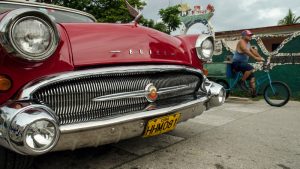 A $35 mechanical fuel pump hanging off the side of the engine that you can get to – vs. a $150 electric pump inside the gas tank.

And – magnificently – no air bags. No chance that your face will be shredded by shrapnel and no worries about the car being a total loss after a deer strike or minor fender bender – otherwise easily and not-too-expensively fixable – on account of thousands of dollars’ worth of “deployed” air bags to replace.

Many of the key components in older cars are not specific to that particular car. The manufacturers – the car companies –   used to use the same engines/transmissions (and many other parts) in numerous models, often over long spans of time. Obvious examples of this include the GM “small block” V8 that was basically the same from 1955 through the early ’90s and the Rochester four barrel carburetor and the HEI distributor – all of which were used in millions of different GM models. They easily interchanged, even in cars that were of various vintages. In a modern car, most of the major parts are designed for that specific car – and for the specific combination of options it has. You have to use the same parts – or the computer will have a conniption fit. 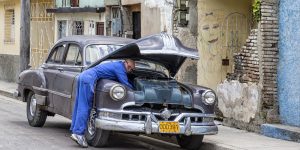 And unlike electronic things – which you throw away once they stop working and replace with new parts – mechanical things can often be rebuilt to as-new for next-to-nothing. Example: Cast iron engines which can be bored and honed multiple times, cheaply – vs. aluminum engines that have to be sleeved, expensively. And usually, can’t be re-sleeved much because there’s not enough material in the block to allow for hogging out the cylinder bores.

Most of the old car is fixable by you. And it can be crutched, Band-Aided, gimped, cajoled. Fixed by the side of the road. Modern electronically controlled cars either work . . . or not. They sometimes just stop working. Rarely are they by-the-roadside fixable.

Lower cost to insure – insurance being a function of replacement cost.

Really inexpensive to buy, too.

Mind, we are not talking about the collectibles here. Muscle cars, sexy coupes, the well-known cars – the desirable cars (as far as being collectible). We’re talking transportation. The sedans and wagons.

The ones you can buy cheap. 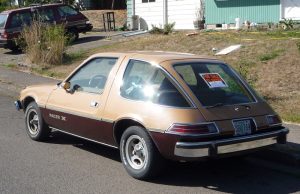 Most especially, the economy models. Cars like the Ford Maverick and Chevy Nova and Dodge Dart.

The Pacer and Gremlin.  They could be had with V8s, you know.

And yes, even Chevettes and Vegas and Pintos, too. These latter were rear-wheel-drive, a simpler and more durable layout that today is exclusively the layout of expensive performance and luxury-sport cars. There was room to work under the hood of a Chevette or Pinto because its engine was mounted front-to-back and not snugged up against the firewall, making access to one side of it difficult if not impossible with the engine still in the car. 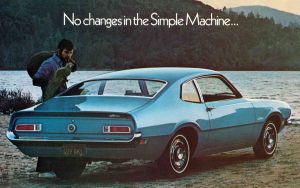 Pulling the transmission – bolted behind the engine – was (and still is) incredibly simple, a matter of removing the 6-8 bolts that secure the transmission case to the rear of the engine and lowering the thing using a floor jack and a piece of 2×4. The rear axle (made of rugged cast iron) in these old-school econo-cars rarely requires anything in the way of maintenance – beyond occasionally changing the gear oil and maybe, at some point, a bearing or race. Compare with the cost of a modern car’s FWD transaxle, CV joints and independent rear suspension.

And before you laugh, realize: Any of those cars can be easily updated with a few key parts that can make them just as reliable and everyday drivable as  anything new, but without the seven years of debt servitude, the nanny-state technology (including the lethal air bag technology) and fixable by almost anyone who can turn a screwdriver.

The appeal is, well, obvious.

Which is why now would be a good time time to get in on the action before the inherently limited supply of good candidates disappears. There will also likely be business opportunities for people who can fix these older cars up – maybe updating them in a few key areas, such as adding a simple, stand-alone throttle body fuel injection system in place of a finicky carburetor – and then selling them to people who’d much rather spend say $8,000 on a really nice/mechanically refurbished full-sized ’78 Chevy Caprice with a V8 engine and room for six than $18,000 for a new FWD compact with a turbocharged four and a ten-speed transmission that will cost $5,000 to replace when it chucks parts all over the road.