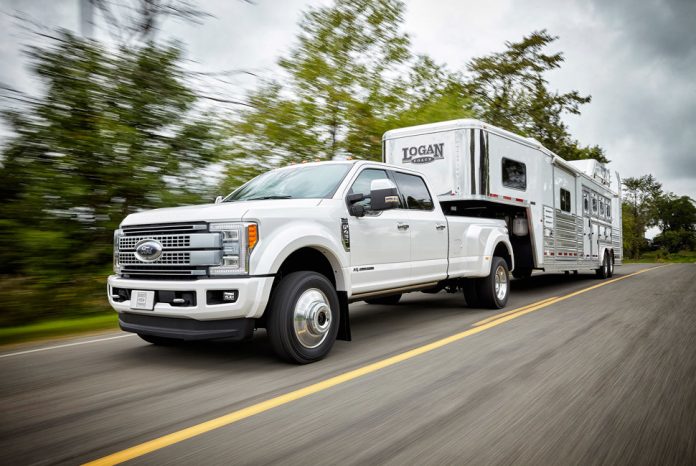 The Clovers who style themselves Consumers Union – not having been elected to this status by any actual “consumers” – have decided they want the government to impose a new mandate on heavy-duty, 2500/3500 series pick-up trucks. They are demanding they be tested for fuel economy and that these figures be published.

Currently, these trucks – which have a gross vehicle weight of 8,500 lbs. or more – are not subject to government mileage tests and their manufacturers are not required to post mileage stats.

Perhaps they should post them – but shouldn’t that be up to actual consumers – that is, to buyers –  as opposed to the self-appointed “union”?

It never seems to occur to these professional busybodies – who represent no one other than themselves – that if the people buying these trucks had a burning desire to know how many miles-per-gallon a 2500/3500 series pick-up will deliver, they’d have made such desires known to the manufacturers of the trucks, who would then oblige.

Buyers of these vehicles are interested maximum tow ratings, bed load capacity, the horsepower and torque produced by the engines these trucks offer. And so, the manufacturers publish this data. Not because the government or some pushy “union” has demanded it, but because the buyers do.

Buyers don’t care much about that because it’s an irrelevance when it comes to heavy-duty work trucks. There are probably a few people who drive one as their commuter but for the most part, 2500 and up trucks are used to haul and pull things.

These are trucks with tow ratings pushing 20,000 lbs., and if you need to pull that kind of weight, you are worried about MPGs as much as a fire fighter is worried about how much water is coming out of the hose as he is working a blaze. You are trying to get a job done.

It is what you bought the truck for.

Odds are you know what you need from it – and don’t need  a “union” of busybodies to snatch proxy power from you, represent themselves as your spokesman without your consent and – while you are out working and trying to mind your own business – pestering the government the pester the companies that built the damned things to give you something you didn’t ask for but which will be added to your bill.

The “union” will not be covering the cost of the testing and the posting. They never cover the cost of such things . They do make a fine living, however, presenting themselves as your duly-appointed proxy and making nuisances of themselves at your expense.

Often, they do so without a clue about the nature of  thing they’re making a fuss over. As in this case.

The “union” claims that diesel-powered versions of the Chevy Silverado 2500 HD, the Ford F-150 Super Duty, Ram 2500 and Nissan Titan XD2500 don’t get better mileage than the gas-engined versions of these trucks. Their argument is that people are being gulled into paying extra for diesels, thinking that – as is the case with diesel-powered cars – they will save money overall because of the diesel engine’s greater efficiency.

But people who buy diesel-powered trucks buy them for a very different reason. They buy diesels because of their usually much greater capacity to pull and haul vs. a gas engine and to continue pulling – and hauling over many years and lots of miles.

The “union” did not ask consumers about this. They presume that consumers are as obsessed about fuel economy as they appear to be – notwithstanding any evidence that actual consumers share that concern. 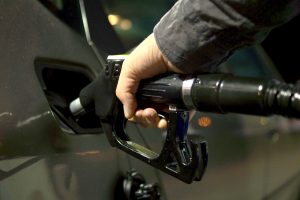 In addition, the tests performed by the “union” to impugn the diesel-powered 2500s were flawed at best and purposely misleading at worst.

By testing them unloaded and not hauling or pulling anything.

Passenger vehicles – including 1500 series light-duty trucks – are tested this way because that’s in line with the way they’re used and the uses to which they are put. Most of the time, their beds are empty and most of the time, they’re not pulling a trailer. 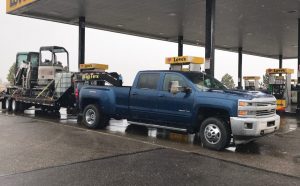 That’s what people buy them for you, see.

The busybodies at the “union” do not see it, of course.

Why would they? After all, they are not the ones buying – and using – the trucks. Or the fuel, for that matter. It is of a piece with busybodies demanding you build your house a certain way, according to their liking – but at your expense.

Even unladen, the diesel-powered heavy-duty trucks’ tested mileage was within anyone’s margin of error – “1 to 2 MPG less” than the gas-engined versions. This is what has the plumage of the birds at the “union” all fluffed up.

If there isn’t a problem, make one up. Then demand “solutions.”

In this case, it’s not the mileage – or the mileage difference –  that’s the real problem. The problem – from the viewpoint of the “union” – isn’t merely that 2500/3500 series trucks aren’t being tested for mileage and the mileage not advertised; it is that these trucks are not subject to the fuel economy fatwas that afflict all other vehicles.

First, mandate the tests – and the posting of mileage stats. Then decry the “wastefulness” of these trucks which, being heavy and heavy-duty vehicles, do not – and cannot, without severely gimping their ability to do what they do – deliver particularly fabulous city/highway mileage.

It is akin to expecting a Corvette to be as off-road capable as it is capable of running a quarter-mile in 12 seconds or less. 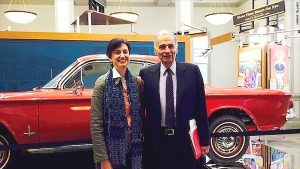 But the “union” – the Clovers within – cannot abide such choices, which differ from their choices. They insist that everyone make the same choices as their choices. Be nudged and compelled to make them.

How did this busybody-ism become so entrenched in American culture and society? It is startling – and depressing – that so few object. Which explains why busybodies such as these – self-appointed, not proxied by anyone – can tub-thump as they do without risking being run out of town on a rail, old school style.

Perhaps the time has come to resurrect that ancient and sometimes necessary curative.