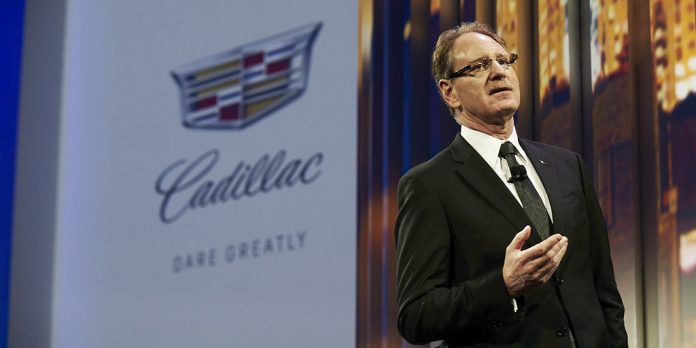 New York City is probably the least car-friendly place in the United States. Its streets are perpetually gridlocked and garage fees cost more than rent in other parts of the country. Most people who live in the city don’t even own cars and regard them as an occasionally necessary nuisance. Mostly, they hail a cab. Or they walk or take the subway.

So it makes perfect sense for a major car company to relocate the headquarters of its luxury division there. 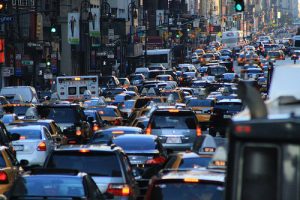 Which is not to sell you a car. Nor for you to own one. Instead you will “experience the brand” – these are the words of Cadillac’s new honcho, Johan de Nysschen. You will experience Cadillacs in the same way that you experience a stay at a fancy hotel:

And, of course, expensively.

You will sign up for a subscription – a monthly/yearly fee, like a membership at a health club. This will allow you to use the facilities; to access different GM vehicles – in order to “experience” them.

De Nysschen does not seek buyers. He seeks consumers – his word. “We wanted to see luxury consumption through the eyes of our consumers,” he said about the move to NYC. 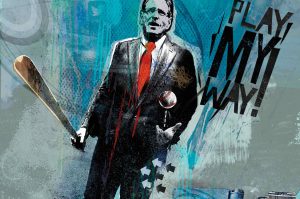 In other words, short-term rentals of various models in the GM inventory rather than owning or even leasing one single car. Use by the hour/day/weekend – and so on. The car is never yours. The payments never end. Consume, consume, consume.

And for any other car company that follows this new consumption-based business model. Which – if GM’s admittedly bold attempt to “disrupt” the way the car business works succeeds – they will follow.

In which case, our transition to a modern-era company town model in which debt is perpetual and the serfs’ consumption is in proportion to their debt and no one except the latter-day equivalent of our feudal overlords owns anything will have taken another great leap forward.

But first, the money – which is why they’ll follow it, probably.

The margins on a new car sale are pretty thin. And new cars are becoming so expensive that fewer marks are stepping up. A crunch is inevitable.

But imagine how much more money a car company could make if, rather than extract a single monthly payment of say $500 from a single individual who is making those payments toward the purchase of the car – and who stands as the legal owner of the car the moment he takes possession of it and is therefore entitled to all the usufructs of ownership, so long as he continues to make those payments – the owner of the car (GM) could rent that same car to multiple people each month, each of them making an individually smaller but collectively much larger total payment.

Instead of $500 a month generated, perhaps several times that sum. That is very good business. 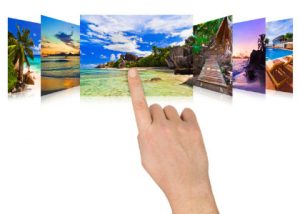 For the marks, not so much.

The analogy – to an extent – would be a house that you pay a fee to use occasionally – i.e., a timeshare – along with many other people who also pay to use it occasionally. It is a hugely profitable arrangement for the owner of the property, who is collecting the payments. And there is certainly an element of convenience and even savings for the occasional users, who are not burdened with having to maintain the place and who would otherwise have been facing a much larger monthly rental or mortgage payment.

But they will never have any equity in the house. The accumulated value goes to the owner, along with your rental check.

Just as – under GM’s new business model – you will never have equity in the car. Debt, ongoing – to permit momentary consumption. 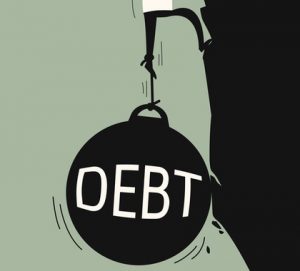 Except that a car is fundamentally a different thing. It is, to begin with, a regular necessity for most people – those who do not live in New York City, at least. Who prefer not to live in an urban hive like NYC.

It is also inconvenient to not have a car ready and waiting in your garage (or outside your home) that you can just get  into and go wherever you need to go on the spur of the moment, without having had to plan for the trip in advance.

As opposed to the experience of waiting for your rental-for-today to show up. 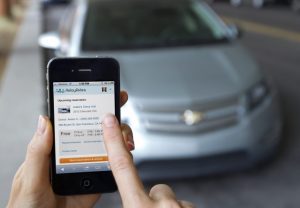 Those are some of the practical considerations which no one seems to be considering.

But the more ominous aspect is the strings that will be attached. The legal strings.

If you own a car, it is legally your property – even while you are making payments.

Among other things, you have a right to privacy within it. If, as an example, a third party were to install a “bug” in your car, in order to record your conversations or to video you or to track your movements, they would have committed a criminal act. They are subject to prosecution. But if you are merely the temporary user of the car, which remains the legal property of another party . . . that party has every right to set the terms and conditions of use, which can (and will) include their right to monitor usage and perhaps monitor you, too.

If that seems a bit too far, consider that most over-the-road truckers who do not own their rigs are subject to exactly such monitoring – both audio and video. And consider that GM – and not just GM – has already installed at least some of the technology needed to keep track of you and what you do in cars already on the roads – and nominally owned by you. 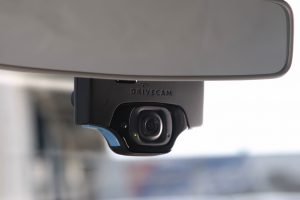 What do you suppose will happen when GM holds the title?

Also, as the owner, you have full control over the vehicle. You can use it as you wish. If you are not the owner, on the other hand, it is the owner who will decide how you will be allowed to use his car. This will include everything from being required to buckle-up to not being permitted to drive in ways that the owners do not approve of – including when you drive and where, not merely how.

If you doubt this is the way things are headed, consider what Tesla is already doing. Its cars receive “updates” from the Tesla nexus – these “updates” controlling what the car does, and whether you want them or not. And these Teslas are – nominally – the property of their “owners.” 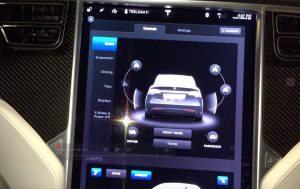 Wait and see what happens when Tesla embraces the GM model – which it will. So will other car companies. There is just too much money on the table for them to resist – and too much control (for them) in the offing.

Anyone half-awake within the car business knows this is coming – like a freight train barreling down on someone tied to the tracks. You can feel the rumble, see the light in the distance getting closer.

It is all part of a concerted effort to control transportation; arguably, to eliminate the free movement of individuals in this country. Every authoritarian state pursues this course because it is essential to establishing the state’s total control of the populace. If people are still free to move – unmonitored, uncontrolled – then they are still largely free people.

It is of a piece with the drive to eliminate cash, to disarm the populace – with the end goal being a continental company town of – as the great comedian George Carlin put it – obedient workers, keeping their heads down – and their noses to the grindstone.

If we let it happen.

If we let them do this to us.

There is still time.