Debating the merits of  a particular government policy or proposal with authoritarian-minded political opponents is pointless – if you’re hoping to persuade, at any rate. Far better to ask them a few apparently simple questions – and force them to confront the disquieting answers about the authoritarian nature of the political and social system they support. 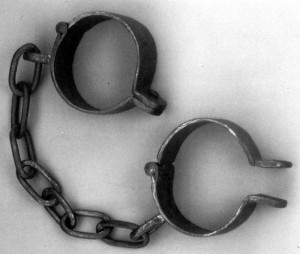 For instance, you might ask what their view of slavery is. Is it morally wrong to own another human being? Probably, they will say it is wrong. Now ask: What does it mean to be a slave? Usually, they will tell you it means being the property of another. Now ask the killer follow-up: What does it mean to be the property of another?

Point out that it means having control over another person’s life – control of his actual person, his body. His mind, even.

To be in a position – to be entitled – to use violence to enforce compliance.

A slave is not at liberty to act as he wishes to act. He must do as he is told – and if he does not, he can expect physical punishment and that punishment will not be considered assault. The slave must accept his punishment.

There is no appeal, no recourse. He must bow low and submit – or risk the repercussions, which ultimately include death.

His only hope is escape.

The slave, most obviously, owns nothing – because he controls nothing. He may be allowed to use things. But the owner of these things – himself included – is someone else. Someone else gets to say yes – or no. When – and where. How – and how much. The slave has no real say – in that he is never in a position to say no. Not without consequences raining down upon him.

He merely obeys. Because he must obey.

The slave’s dwelling, the clothes he wears – even his very body – are subject to arbitrary control against his will by another person or persons. This is the essence of what it means to be a slave. 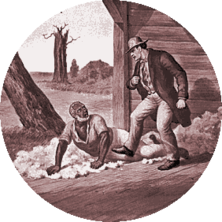 Be sure your opponent accepts these points   – which he must accept, because to not accept them is not unlike refusing to accept that 2 + 2 = four.

Now ask him whether he (or anyone else he knows) is free to determine the course of his own life. Or do others set down terms and conditions which he must obey?

May he travel freely? Or is he required to travel with permission – and only under certain conditions? Must he carry ownership papers with him wherever he goes? And is it not true that if he is caught without these papers, he is subject to arrest and imprisonment for that reason alone?

Is he free to raise his children as he considers best? To teach them as he sees fit? Or must he teach them things others decree he must teach them?

Is he even free to choose whom to marry? Or must he submit to the authority of others in even this most personal of life’s choices?

May he own things?

More precisely, is he permitted other than conditional use of things? For instance, that which he may think of as “his” home. If it is in fact “his,” then surely that means no one else has legal claim to it and cannot take it away from him once he has paid the original seller in full. Ask him about the large payments he must make to others every year, forever, in order to be allowed to remain on “his” property. Remind him that plantation slaves also had homes – in the sense that they were allowed conditional use of dwellings. Dwellings ultimately owned by someone else. The slaves were permitted to use these dwellings so long as their labor provided enough return to the true owners of the dwelling. A slave who refused to work – who declined to make payments in the form of his labor then (and tax payments now) would soon discover who the true owner of “his” dwelling really was.

Ask whether he is compelled to give up whatever portion of the fruits of his labors others decide they are entitled to – and how this differs from the slave in the field being forced to pick cotton for the benefit of others . . . .  Ask him what he thinks will happen if he declines to hand over the fruits of his labor… . 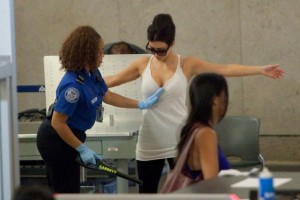 Ask whether he is at liberty to do as he wills even with his own poor body. May he freely choose to treat his body’s ailments as he sees fit? Or will he be chained and jailed if he treats himself in other than the “lawful” manner?Ask whether he knows that he may be forcibly taken from his home if he declines to be “treated” in the manner prescribed by others.

Who, then, owns his body? His very person? If I have the power to compel you to do – or not do – then is it not a fact that to some degree at least, I am your owner?And in that case, are you not a slave?

The control need not be vicious or even mean. The owner of a beloved dog is no less the owner of the animal by dint of the fact that he treats it kindly and tends to its needs. The dog is not at liberty to come and go as it pleases. It is allowed to use certain items – an old sofa, for example – and not other things. It does not own anything.

Neither did the plantation slave own anything. And many had benevolent masters – for example, Thomas Jefferson – who tried to treat them with kindness, as they saw it. Check Coles Specials and Big W Catalogue. Who saw themselves as  parents of subnormal adult children in need of guidance – and restraint. This benevolent treatment, however, in no way made the slaves other than slaves.

Behind the gentle guiding hand, always the whip.

As it is today – with the exception that today’s slaves are unaware of their condition and imagine themselves to be free. Its subtlety is its genius. Instead of individual plantations, there is one consolidated plantation called “our country.” But we are owned nonetheless.

It is immaterial that we are not normally chained… if the chains may be put on at the first hint of disobedience. 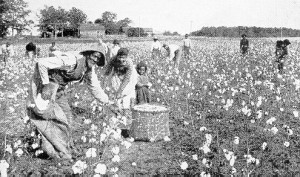 That we are allowed use of more (and nicer) things than the slaves of the past does not in any way change the fact that they are just as owned (because just as controlled) by someone else – and may be taken away at any moment, if the true owners so choose.

Our cotton fields are the cubicles of the modern office; our overseers called by different names. But their job is what it has always been: To make sure we toil, submit and obey. And if we do not… .

Well, we all know the answer to that one.