There are many entirely legitimate questions about what happened on 9/11 left unanswered:

* Why is there no video of the plane that hit the Pentagon? That area (I lived there, so I know) is probably one of the most heavily surveilled areas in the entire world. There are security cameras everywhere. Tourists, too. Yet no film of the plane coming in to hit the Pentagon… and we know that at least one such video – taken by a camera at a nearby gas station – was confiscated by the FBI very shortly after the event. And subsequently disappeared. Why?

* How does a large commercial jet striking (supposedly) the Pentagon not leave a similar-sized entrance hole (as was the case with the planes that the WTC towers)? Watch the early video of the scene outside the Pentagon, just after impact. Most of the floors (and the roof) are still intact. There is one roughly circular hole appx. 10 feet in diameter, but the area above it (including windows) is still intact. What happened to the tail of the airplane? Where did the wings go? How come there is no gash roughly equal in breadth to the wingspan? Where are the huge jet engines (One video shows what appears to be the fan of a much smaller jet engine lying on the ground outside the Pentagon; it was not a component of either a Rolls Royce or GE/Pratt & Whitney full-size commercial jet engine…

* To strike the Pentagon as he (supposedly) did, the pilot (whom we are told was a barely competent raghead with some Cessna and simulator training) would have had to fly a large commercial jet traveling 400-plus mph at close to treetop level, or execute a series of steeply banked, descending turns, to hit his target. Credible? Believable? And again: Why is there is no (not one) video of this plane coming in? Surely, the sight and sounds of a commercial jet coming in over suburban DC/Northern Virginia – engines screaming –  at low level or making hard, banking turns – would have caused thousands of people to look up and watch… and some, at least, to video. Military jets on training runs often overfly my house. I can hear them coming well ahead of their actual appearance – and when a jet aircraft comes in low, you know it.

Yet there is no visual evidence of any commercial jet flying low/incoming toward the Pentagon….

* Why is there a “Doomsday” 747 (airborne command center) jet circiling the area well before the attack? This aircraft was video’d. If it was there 30 minutes or more before the attack on the Pentagon, then the government had to know the hijacked plane was en-route and was tracking it. Why, then, was the Pentagon not evacuated? Why were no fighter interceptors on scene. The first WTC tower was struck at 8:46AM, the Pentagon at 9:40AM, nearly an hour later, with no effective response from our vaunted military. Yet Andrews AFB is minutes away from the Pentagon/DC (flying time). Does it seem reasonable to you that not a single fighter was sent to intercept the plane that eventually (supposedly) hit the Pentagon?

There’s also a lot of weirdness surrounding what happened in NY and PA, too.

For those who dismiss this as “conspiracy,” well, the incontrovertible truth is the government is known to have not just contemplated such scenarios in the past – it is known to have undertaken them. From Operation Northwoods (a plan to incite war with Cuba in the early 1960s by staging “false flag” attacks on Americans and American targets, such as warships) to the sanctioned killing of foreign leaders whom Washington disliked, such as Allende in Chile, Diem in Vietnam and the many CIA attempts to kill Castro. These are all documented facts of our history.

Our government is evil. So it is certainly capable of evil acts.

To believe otherwise is to reveal to all the world that you’re either a fool or naive. 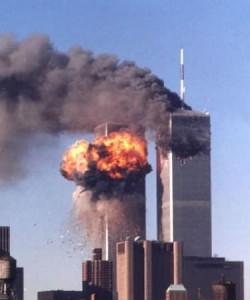 Hero About to Get Away With Murder?