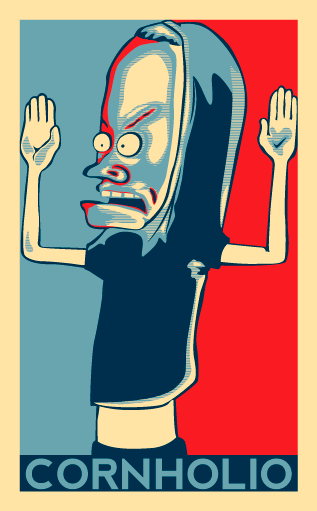 When establishment Republicans like Jim Talent pat the president on the back, he might want to check for a knife.

Talent recently praised Trump for not ending or even dialing back the Renewable Fuels Standard – a federal mandate which force-feeds billions of gallons of ethanol and biodiesel to American drivers, like it or not. The fact that there is no natural market for ethanol – which may be “renewable” but isn’t energy efficient – doesn’t seem to bother Talent, who is an ex-senator from Missouri and lawyer/lobbyist/PR flack by trade.

This probably explains his lack of economic and engineering knowledge about ethanol. 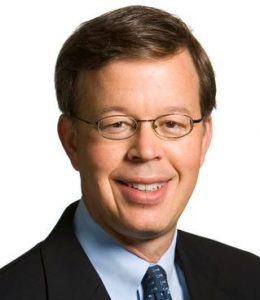 It’s astonishing, first of all, that he could write that ethanol “saves consumers at the pump.” If that were so, “consumers” wouldn’t need to be force-fed ethanol. This much ought to be obvious – even to a lawyer/lobbyist.

But ethanol does have to be force-fed to Americans –  because it costs them money.

To begin with, it contains less energy per gallon than gasoline. It takes 1.5 gallons of ethanol to equal the energy contained in a gallon of gasoline. That means your car doesn’t travel as far on ethanol-adulterated fuel – and you need to fill up sooner.

Which costs you money.

Ethanol – which is corn alcohol – costs in other ways, too.

Car engines and fuel delivery systems have to be “hardened” to handle ethanol-adulterated fuel, because alcohol is both highly corrosive as well as water-attractive. It accelerates internal rusting of fuel tanks and lines and – in car and other engines not designed for it – accelerates the deterioration of rubber and plastic seals, too – leading to leaks and potentially fires.

These are not problems for new cars designed to burn ethanol-laced “gas” (most “gas” sold in the United States is E10, 10 percent ethanol; the ethanol lobby is pushing for E15, 15 percent ethanol). But it is a huge problem for older vehicles – those made before the early 2000s – and there are millions still in service.

it is also a major problem for seasonal/outdoor power equipment because ethanol-adulterated fuel does not store as well nor as long – leading to problems  come spring, when the time comes to fire up the gummed-up lawn mower/tractor. Some outdoor power equipment manufacturers – Stihl chainsaws, for example – expressly warn owners about using ethanol-laced fuel. 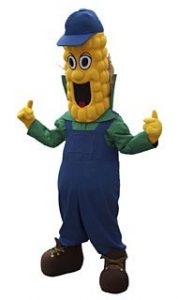 And ethanol is a problem for every car, in terms of decreased fuel economy vs. 100 percent gasoline.

Which – again – is why it has to be mandated. Very few people, if given the free choice, would choose to fill their cars with a fuel that takes them less far – and so costs them more.

Talent turns this simple, obvious logic on its head – asserting that getting rid of the mandate that forces people to buy ethanol-adulterated fuel would be “rolling back competition” – an embarrassing display of economic ignorance.

If ethanol made economic sense, it wouldn’t be necessary to shove the proverbial funnel down the throats of American drivers. The free market would ensure the success of ethanol and other biofuels  – in the same way that the market has made sure that Starbucks coffee is available on every street corner. 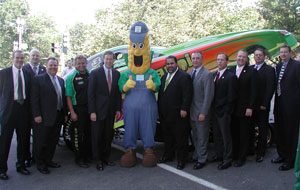 As a “policy analyst” at the Heritage Foundation in Washington, it is startling that Talent doesn’t understand this.

But he’s not done.

A monopoly can only exist when it is legislated – when people are forced to do business with a particular business. When they have no free choice, in other words. What Talent and other pushers of the RFS standard are demanding is, in fact, a monopoly – a legal requirement that people buy “renewable” fuels, that refiners and distributors be forced to adulterate gasoline with it – regardless of the market’s desire for it.

The very definition of “monopoly.”

These are facts, not matters of opinion.

And the fact is, ethanol has been unable to compete on the merits.

The fact is, ethanol requires government shoving a bayonet in the backsides of American drivers. 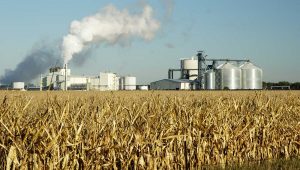 The fact is, the ethanol lobby uses its considerable resources to strong-arm politicians – current and ex – to press for legislative favors that keep this crony capitalist con alive and profitable.

Ironically, the one element of the renewable fuels boondoggle that did make a little sense is the one Talent and other corn-pushers oppose. A rule change was proposed earlier ths year that would at least have given mandated ethanol producers and distributors credit (with the EPA) for selling surplus renewables to other countries. This would have put money in American hands, without putting as much corrosive, fuel-inefficient ethanol in the tanks of Americans’ cars.

Talent calls this a “dodge” in his recent op-ed piece on the subject. 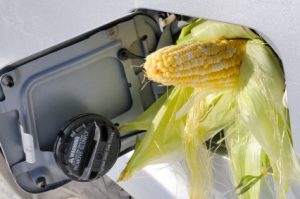 Meanwhile, he and others in his camp are pushing for an expansion of the RFS mandate; that more rather than less be produced – at gunpoint. This language may sound harsh, but it’s reality. The ethanol lobby isn’t “asking” that ethanol be produced and purchased.

You can’t say ” no thanks” to a mandate.

President Trump might want to look into the reality of renewables – as opposed to the disingenuous PR peddled by Talent, et al – and ask the question that arguably got him elected.

It is, simply – who benefits?

Is it the American driver? Is it America?

Or is it a handful of politically powerful corn pushers, talking up “renewable fuels” for the sake of padding their own pockets at the expense of Americans – and America?