The only rational explanation for Bob Lutz’ recent column predicting the imminent doom of autonomous cars – and of autonomous driving – is senile dementia.

Or something much worse.

See the picture above – of him with Elon Musk.

Lutz writes that within 20 years, at the most, every autonomous car will be scrapped or taken off the road – and that everyone will be herded, like cattle, into automated “modules,” as he describes them – to be summoned by app and paid for via debt/credit card.

These “modules” will, of course, be electric.

“The end state,” according to Lutz, will be the fully automated modules (he uses autonomous, which is the acme of illiteracy; I have made the appropriate substitution) with no capability for the driver to exercise command. You will call for it, it will arrive at your location, you’ll get in, input your destination and go to the freeway.”

Human-driven vehicles “will be legislated off the highways.”

No more car companies. Or dealers. No car lots – new or used.

Just transportation service providers dunning us per ride, like Uber and Lyft – except without the option to opt out.

Car brands – especially performance car brands like BMW and Audi and Porsche – will become irrelevant and go away because the “modules” will all be the same. One electric motor being just like the next one.

And they will go the same, too.

No more autonomous movement. Just queuing up. One “module” among many, all moving at the same pace – and not your pace.

“Nobody will be passing anybody else on the highway,” Lutz explains. Everyone will be driven at the same speed, that speed to be determined by the central government-corporate hive. 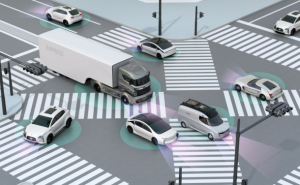 This will be “the death knell for companies such as BMW, Mercedes-Benz and Audi” that – up to now – have sold superior performance and driving dynamics. Lutz is right about that – if he’s right about automated cars – er, “modules.”

One might be a different color or shape, seat two or four or six – but functionally there will be no difference.

M&Ms that move in lockstep, that’s all. 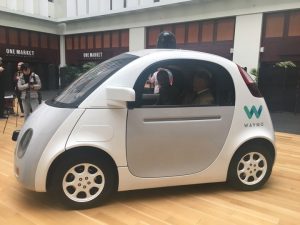 Only a privileged elite – those who can afford it – will be allowed to keep autonomous automobiles as other than static displays. And the tiny handful of autonomous relics that remain operational and in private hands will only be allowed on privately owned roads and tracks.

Billionaires and millionaires will still be able to drive – just as they are currently able to fly – privately – without being groped by the Heimatsicherheitsdeinst, aka Homeland Security. Because “terrorists” can’t afford to charter a private plane, you see,

Bet you didn’t know that.

And like the felon processing treatment one now must endure at airports, the future Lutz envisions will not be the end result of a voluntary transition, as for instance the horse and buggy to the autonomous automobile.

People – well, the masses of people – will be forced to give up their cars; compelled to accept being carted around in “modules.” Not because it’s preferable but because the ruling elite will – is – doing everything in its power to impose the end of autonomy upon the populace. To herd them. To extinguish one of the last things that is still largely autonomous – under our control:

Our freedom to move as we see fit.

It is as horrible and bleak and totalitarian a vision as that conjured by Orwell in 1984, of a boot stomping on a human face . . . forever. 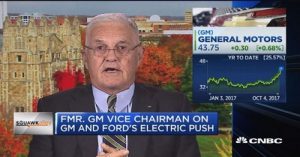 I admire Lutz. I met him several times back in the ‘90s. I doubt he remembers; I was a young journalist among dozens of others; he was a car industry kahuna – and the guy is a car guy. But he is also an old guy now. He is 85 – and his vision of The Automated Future (and the “end of the “automotive era”) is as glaucomic as it is tyrannical.

For openers, Lutz and other technocratic fantasists have an awful lot of faith in the infallibility of technology – which is the premise underlying the push for it. Human drivers can’t be trusted – Elon says so! – because they make mistakes. But technology never makes mistakes . . .

Computers are infallible and perfectly dependable. Like your laptop, for instance.

Lutz, being a pilot, ought to know better. 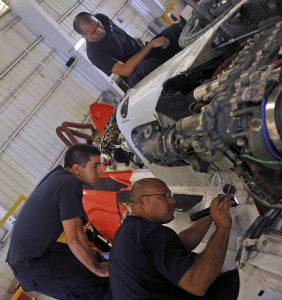 Wear and tear will kill you as effectively on the road as it will at 35,000 feet when  a “glitch” occurs and there’s no longer any way for the humans inside to retake control.

To trust automated cars with our lives will mean frequent – and expensive – safety checks and mandatory scheduled replacement of major components, just to be safe – as in aviation.

Aviation involves a manageable number of perhaps a few thousand planes nationwide. But if Lutz is right, there will be millions of “modules,” necessary to transport millions of people every single day, all day long.

How will millions of “modules” be regularly inspected – and replaced, on timetable – to assure the safety of the automated technology?

This gets into logistics.

These millions of “modules” will also rack up the miles sooner and wear and tear will happen even more rapidly than is the case with the privately owned autonomous car. Because the “modules” will be in near constant use, transporting one person after the next, all day long and all week long – whereas the privately owned autonomous car isn’t wearing most of the time because most of the time it’s not being used.

This gets into logistics – and money.

Who will pay for all of this?

How will they pay for it?

Lutz does not say.

How about the capital investment in autonomous cars? There are millions of autonomous cars (and a very large number of motorcycles) on the road today – and millions more will be built each year, for the foreseeable future. In 20 years’ time, will the government-corporate nexus really issue a fatwa that requires they all be thrown away – without compensating their owners? 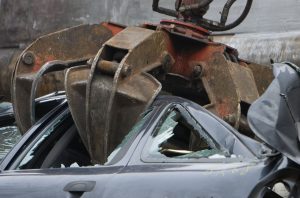 What if they object?

What about the effect on the economy of the tanking of every major car company in the world? Millions of people rendered unemployed – not because of the appearance of a better mousetrap, but because of government edict?

Lutz does say that the “modules” will  “merge seamlessly into a stream of other modules traveling at 120, 150 MPH. “

If you believe this, the proverbial check’s in the mail . . .

In fact, the “modules” will operate at the pace of the least common denominator – which is the abiding characteristic of everything the government does. It will take longer to get where you’re going. And the cost in terms of liberty lost will be incalculable.

How will “modules” work outside of dense urban cores? Will people who live in the countryside, in rural areas, be forcibly relocated, Kulak-style? If not, how will they get around if autonomous cars are outlawed?

Is that the real plan? To relocate everyone to densely populated urban cores? So they can be herded like cattle? Who thinks this is a good thing? Besides the technocrats, that is?

Why Lutz – once upon a time a car guy – seems to be happy about this prospect is a mystery.

Here’s to hoping it’s just the fog of old age.