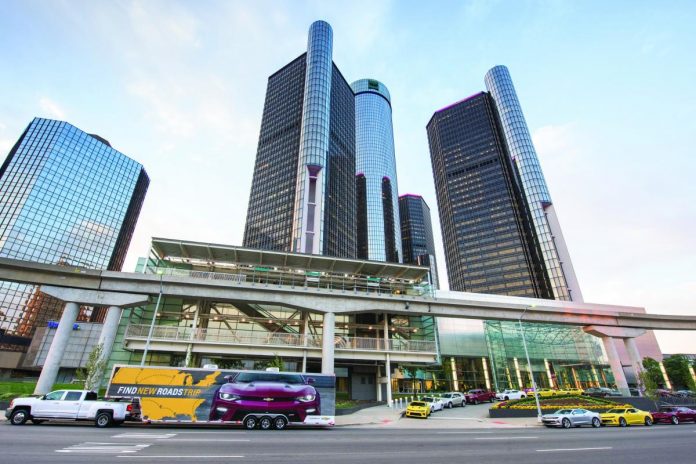 In a presentation to the investment community last week, GM said its business operations are slated to fundamentally change within two years with the launch of commercial, all-electric, automated vehicles at scale in 2019.

At first, the fleet-based services would complement GM’s core business. But over time, CEO Mary Barra and other executives see them possibly eclipsing its century-old business of building and selling vehicles.

And even that’s not the full extent of the disruption GM envisions.

Kyle Vogt, CEO of GM’s Cruise Automation self-driving vehicle unit, outlined a future in which GM not only builds a viable business around today’s buzzwords of autonomy and mobility, but has such a “strong competitive advantage” that it forces some competitors out of the market.

“This is a differentiated product,” Vogt said during a rare appearance with GM’s executive leadership team in San Francisco. “A company is developing it, and if you are sufficiently more advanced than others in the industry, they may not be able to compete.”

Last week’s presentations by Barra and other GM executives marked the industry’s most comprehensive plans to date for commercializing automated vehicles, and follow a similar presentation to investors on the company’s strategy to turn electric vehicles into a profitable segment.

President Dan Ammann said GM expects to deploy fleets of autonomated ride-sharing vehicles in “dense urban areas” by 2019. Revenue from the fleets, he said, is forecast to be in the billions soon after launch.

The comments were the first public confirmations that GM plans to enter the transportation services market against the likes of Uber and even Lyft, which got a $500 million investment from GM last year and has Ammann on its board.

GM didn’t specify where the fleets will launch. The company is testing a third generation of self-driving vehicles based on the Chevrolet Bolt EV in San Francisco; Scottsdale, Ariz.; and Warren, Mich. It plans to begin testing in New York City next year.

Ammann said GM expects to bring the cost of operating automated ride-sharing vehicles to less than $1 per mile by 2025 — a key to achieving profitable scale, he said. The current operating cost per mile in a city such as San Francisco is more than $3, Amman said, including paying the driver.

“We see a pretty clear path on how we can do that,” he told the investors, citing GM’s plans for “Rideshare 2.0” with automated vehicles that eliminate the driver cost.

Boosting GM’s confidence with launching the fleets are advancements in its self-driving technologies and reductions in expenses, including a next-generation lidar that will cost about $10,000 — roughly half of the $20,000 or so the automaker is paying now, according to Vogt. That cost will be reduced to about $300 in the future, according to GM.

GM must still persuade the investment community that it can back up its big talk. GM’s shares closed down 0.7 percent to $42.79 on Friday, Dec. 1.

In a report to investors Friday, Barclays analyst Brian Johnson noted some mumbling that GM was taking a play from Tesla Inc. by announcing broadly ambitious goals, even as others believe GM is well-positioned to deliver on its plans.

“While we didn’t receive ‘hard’ guidance for what the mobility business could be worth,” Johnson wrote, “GM provided solid dimensions around the opportunity.”