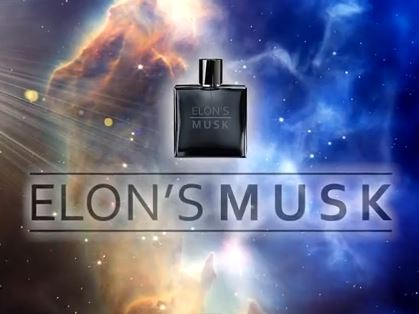 Three years is a long time to wait for a new car. It makes you want to buy another car – which is exactly what a large number of frustrated Teslians are doing as they lose hope of ever getting behind the wheel of the Model 3 they put thousand dollar deposits on as far back as 2016.

That is to say, of ever seeing the affordable Model 3 Elon promised to build for them. The one Elon promised he could sell them for $35,000. The one which – by dint of its affordability – Elon swore on a stack of battery packs would game-change the EV business, which has been financially flummoxed to date when it comes to figuring out how to build an electric car that can be sold at a price people can afford and at a profit. 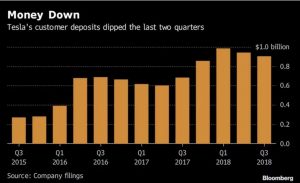 And he apparently can’t build the promised $35,000 model 3 because he can’t afford to lose the additional almost $10k difference between it and the $44,000 (to start; more like $60,000 out the door) version, which is the only version he is building.

If you want to call them that. 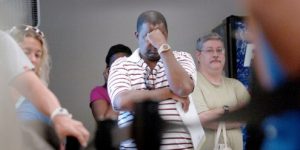 It is customary for a customer – properly speaking – to get something in return for his money. Thousands of Elon’s “customers” have only received empty promises, so far.

For example, Nevine Melikian of Phoenix, AZ- who put down cash almost two summers ago and has yet to get anything in return – except for Elon’s “pedo” Tweets. Automotive News reports that the Melikian family has purchased to Toyota Prius hybrids in the meanwhile – probably because they wore out too many pairs of shoes.

“They need to get their act together, ” says Melikian.

Actually, Uncle does – for consistency’s sake, at least.

How is that Tesla is permitted to get away with what any other automaker (or business generally) would be Hut! Hut! Hutted! – or at least, SEC’d – over? It is generally considered fraud to promise people things, take their money – and give them nothing.

Tesla has taken $905.8 million from Model 3 prospects, which buys a lot of cannolis.

Some customers have done the “Tesla Stretch” – the term used by Teslians themselves to describe giving up on the $35,000 Model 3 bait and accepting the $60,000 switch. Automotive News quotes Janelle Tarman, who bought the $60k (well, $58k) Model 3 which Elon is building  . . .because she fears the $35,000 version will “never materialize.”

Meanwhile, VW was literally hounded into Ned Beatty-esque squealing like a pig over pedantic “cheating” on recondite government emissions tests, which “cheating” amounted to a hill of nothing in terms of any fraud perpetrated on customers or harm to anyone or anything, including the Earth.

VW has been almost bankrupted by the government – and forced by the government to stop selling cars that people loved and which VW delivered. The company has had to finance embarrassing ads touting the products of its rivals – electric cars, of course.

Keep in mind that not one VW customer ever bitched about not getting a car – or expressed any dissatisfaction with the function of the “cheating” cars. Overwhelming, VW’s customers loved their cars – and regardless, actually got them when they paid for them. Wait no more at this store and get what you need instantly. 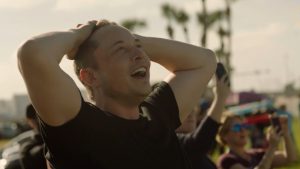 It is interesting to speculate as to why he is given such a free hand, treated almost like a beloved child by its indulgent parent.

I think I know why.

Tesla was a kind of electric cat’s paw. Its purpose was to get EVs into the spotlight – to get the public used to the idea of electric cars, at least conversationally. To normalize them, to make them seem “cool” and “hip” – while non-electric cars were systematically portrayed by a complicit (because wholly owned by the same interests)  as “old” and – of course –   “dirty.” Which is a fraud far worse than pocketing $905.8 million from a bunch of starry-eyed rubes.

To force the issue, in other words. 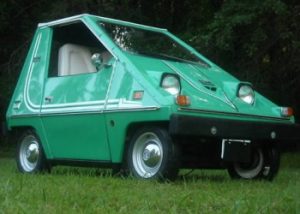 EVs were going nowhere – not merely not very far – before Tesla suddenly (interestingly) became das wunderkind, with almost constant – and almost universally favorable – media coverage. The idea seems to have been to make EVs seem inevitable – The Future, as we have been hectored to accept as Truth and Fact for years now – and also to make them seem oh-so-sexy.

Note that Elon touts the speed and styling of his cars, which they do deliver. This is important; any ad man or marketing Jedi who knows his marks will tell you so. 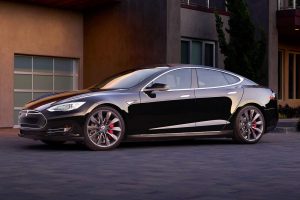 It would help force the entire industry to go EV. Make it seem like a grand idea. The public would never accept overpriced electric Trabants – but it might be gulled by speedy, good-looking ones.

Tesla’s job was to float the illusion – just long enough to assure the inevitability. To roll along – on government indulgence and taxpayer dollars – just long enough to get the rest of the industry to commit. To embrace the EV tar baby with both arms and hug it so tight – in terms of pouring billions into R&D and “electrification” of their lineups – that it would be nigh impossible for them to ever extricate.

This has just about been achieved.

Which renders Tesla increasingly no-longer-necessary. Expect the boom to be lowered sometime this year. Elon will be lionized as a seer, a kind of latter-day Preston Tucker.

Meanwhile, his customers will wait.

And the rest of us will get the bill.