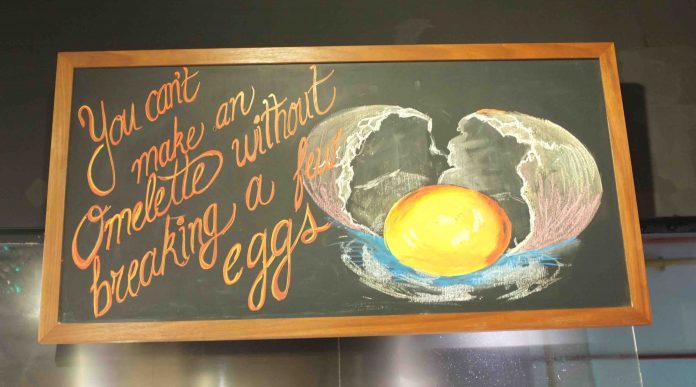 You may have heard about people getting speeding tickets not based on the reading of a radar gun or other instrument subject to empirical verification but solely on the basis of an armed government worker’s “training,” his estimation – that is is, his opinion – about how fast the alleged offender was traveling. In some jurisdictions, this is considered acceptable evidence in court – sufficient to convict.

Now comes the Drug Whisperer. A whole army of them.

These are armed government workers such as Cobb County, Georgia’s TT Carroll – who have received similar “training” and been anointed Certified Drug Recognition Experts, ready to go to war on drugs – even if there aren’t any around.

Carroll and other “trained experts” have arrested numerous motorists on the basis of the mere assertion that they are On Dope.

Certainly not on the basis of empirical evidence that they actually are On Dope, such as a blood or urine test. That’s too much of an inconvenience – and probably too factual, as well.

Instead, the DRE’s “trained” opinion that the person he has waylaid – often on the pretext of a minor traffic offense, such as driving slightly on the shoulder or touching a yellow line, probably with the DRE cop car riding their bumper – is a Doper. The victims are arrested, caged and charged – and must then prove themselves innocent of the charges.

Many of them subsequently have. At least five of Carroll’s victims were found – empirically – to have nothing in their systems whatsoever. But that took months (the state’s crime lab isn’t speedy) and the charges don’t get dropped before the court date unless the DA feels so inclined.

The presumption of guilt applies.

Carroll – and 250 other “trained” government workers in Georgia alone – use scientific techniques such as “observing the subject’s attitude” – the attitude indicating Dope Fiend or not isn’t described – followed by a roadside gymnastics performance similar to the one used to suss out “drunk” drivers. Common clumsiness – aggravated by nervousness – becomes a “tell” that the “subject” is a Doper. As does refusal to perform the test.

He must be High. 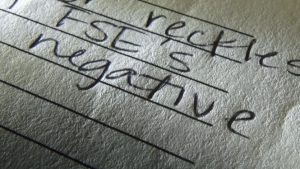 The Drug Whisperer then proceeds to an evaluation of muscle tone. If your arms feel “rigid,” you’re on dope. If they are “flaccid,” you’re also on dope!

Next comes a pulse check. If yours is “high” or “low” – well, you know what that means. It doesn’t seem to matter that normal pulse rates vary tremendously from individual to individual; some people have resting pulse rates around 40 beats a minute – much lower than the average 60-70. And when you are frightened – as you just might be when standing by the side of the road being interrogated by an armed government worker looking for an excuse to cuff and stuff you – your pulse rate might just go up.

Ah-ha!. You are obviously On Dope.

The probably GED-educated (but “trained”) Drug Recognition Expert can tell, every time. 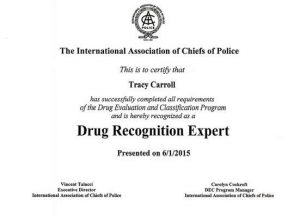 Then comes the most scientific criteria of the DRE’s 12 Step Evaluation Process: It is the moment when the the armed government worker ” . . .forms an opinion as to whether or not (sic) the subject is impaired.”

Off to the clink you go. Your car goes to the impound lot. Your kids to Protective Services. Better Call Saul.

They could have used DREs during the Salem Witch Trails. It amounts to same thing, just more bureaucratized. Point a finger – witch! The DRE’s version is “I am seeing involuntary indicators of impairment caused by the marijuana you’ve been smoking” – these are Cobb’s words to one of his victims, a waitress who was later found to have smoked no marijuana at all, insofar as could be detected in her blood.

There is another parallel to Salem.

Like the witch hunters, the DRE has every incentive to form a very specific opinion. Everyone’s a witch! And everyone’s on Dope!

It justifies the exertions.

Cobb, for example, was awarded a silver medal by Mothers Against Drunk Driving for his aggressive opinionating, which put 90 people in the clink in 2016 alone, including the five known to be entirely innocent. He is lauded by his chief – a four-star Obergruppenfuhrer – as an exemplary opinionator – in the same manner as armed government workers who excel at catching “speeders.”

No doubt there are quotas – official or off the books being immaterial.

This is what’s waiting for you out there on the road – along with summary seizure of any “excess” cash you are found to have on your person, based on the of-a-piece presumption of guilty of something.

The DUI/drug charges against you may eventually be dismissed. After you hire a lawyer and pay for empirical blood/urine tests to prove that the DRE’s opinion was in error. There are no negative repercussions for the DRE who falsely arrested people, deprived them of their liberty – as well as lots of money.

It is necessary to break eggs if you want to make omelettes, you see.

The idea used to be that it was infinitely preferable to not break eggs – to avoid persecuting the innocent even if it made things easier on the guilty. That’s as much out the window, of course, as the idea that we have a right to be free from unreasonable searches, to freely associate and to not be compelled to provide evidence that can and will be used against us in a legal proceeding.

And the taint is not confined to Georgia, home of Cobb and his four-star Obergruppenfuhrer commander.

The Drug Evaluation and Classification Program “certifies” thousands of armed government workers in all 50 states. This “certification,” incidentally, is conferred by other armed government workers – the International Association of Chiefs of Police. Not disinterested third-party professionals who might actually have some expertise in the area, such as doctors.

Be careful out there. The Homeland isn’t what it used to be.