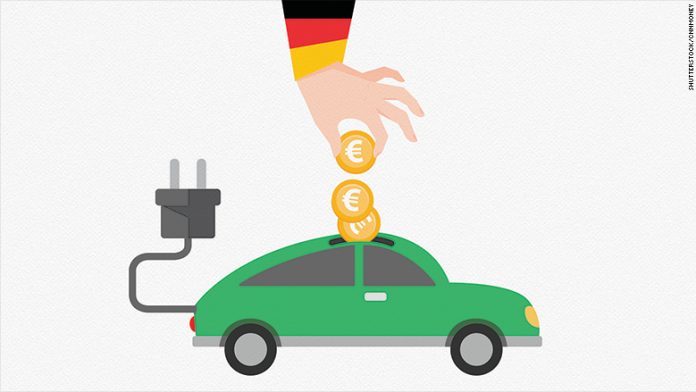 Electric cars aren’t just subsidized – they’re not taxed the same way that non-electric cars are.  Their fuel – electricity – is the obvious example. It appears to be inexpensive because it’s not saddled with the disproportionate and – to use the language of the progressive left – regressive taxes that are applied to motor fuels, gas and diesel.

These, currently, average about 50 cents of the cost to the purchaser of every gallon.

Given that motor fuels taxes – which are used to finance the building and repair of roads – are not going away – even if gas/diesel-powered cars do – it’s disingenuous if not delusional to not factor their cost into the price of electricity. 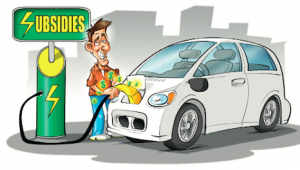 But this is not being done. In fact, the opposite. The true cost of electric car fuel – electricity – is being deliberately kept artificially low as a kind of magic trick, to gull the gullible into regarding the electric car as being almost free to operate, even if it is expensive to buy.

This is essential, of course, to the electric car’s acceptance by the public. The public must be bamboozled into buying the Free Lunch for this con to work.

The bill comes after lunch, of course.

And it will be a bigger bill than their current gas bill – for several reasons.

The first reason is that in addition to the motor fuels taxes – which will have to be transferred onto the cost of kilowatt hours, unless by some miracle the government figures out a way to maintain and build new roads for free – there will be the additional cost of the new infrastructure needed to generate the electricity which will be needed by a putative fleet of electric cars drawing power from the grid. 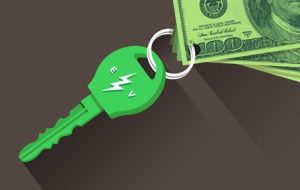 A handful of electric cars – as at present – doesn’t register much in terms of the load on the grid. But if the electric car mavens see their desires realized and let’s say half or more of the cars on the road are electric, the current grid will not be able to meet the additional load. This is a physical fact, not anti-EV conjecture. On the East and West coasts especially, the current electrical generating capacity is already at or very near capacity. It is why there are brownouts and calls in summer for people to reduce their use of power-hungry machinery such as home air conditioners.

Electric car “fast” chargers draw a lot of power – 240 volts – the same as running your house AC or a laundry dryer or oven. Factor such a load times several hundred thousand electric cars, all fast-charging at once – throughout the day.

New generating capacity to meet this demand will not grow overnight like mushrooms after a rain. It will take billions in new infrastructure investment. Who will pay for this? 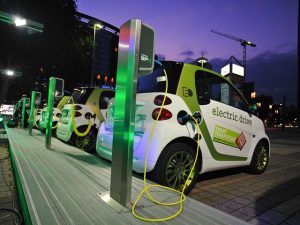 We will – and not just the electric car owners among us.

All our power bills will go up – as the massive cost will have to be distributed widely. There is a reason for the appearance of so-called “smart” meters – as well as “smart” appliances that tie into the grid. It is because the powers-that-be know perfectly well that if electric cars come online en masse, it will be necessary both to raise utility costs as well as ration the use of electricity.

There’s another, related cost-adder that – for the sake of due diligence – ought to be factored in to this electric car thing. It is the cost of charging stations – as absolutely vital to the functional viability of electric cars as the current network of gas stations is to the viability of non-electric cars.

Charging stations – tens of thousands of them, nationwide – will have to be built, in order to make it feasible to drive an electric car as one is able to drive a non-electric car. That is, to be able to drive it pretty much anywhere without having to dread running out of fuel (charge) and not being able to refuel (or recharge). 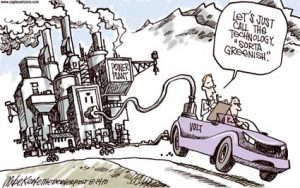 It will be a job on the order of and of similar magnitude and expense as the building of the currently existing network of gas stations that dot the landscape, which have made non-electric cars the most convenient and economical way to get around. But those gas stations were built over decades, gradually increasing in number along with the number of cars on the roads.

Market demand determined the rate and pace of this development.

The difference now is that electric cars are being pushed by the government. Laws have been passed – and the supine, craven and desperate to play ball car manufacturers have “committed” in  lockstep to building great fleets of electric cars for which demand does not exist almost overnight. GM, Volvo, BMW – even Porsche – claim they will either entirely electrify or mostly electrify their lineup of cars  within ten years’ time. Which is not much time to erect a national network of charging stations to make these cars for which there is no significant market demand functionally viable in the same way that current, non-electric cars are.

Who will pay for all of this? 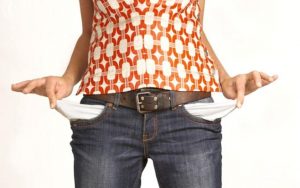 So, what’s the deal?

It is probably the same deal that operates whenever government and corporate interests become the domineering interests in a country: They play ball because it feathers their nests.

Most of the press is owned by a few big corporations and these pay well – provided the line is toed and unmentionable things are not mentioned. There is – effectively – no independent media any longer. It’s why the debate – if that word can be used – is always pre-decided within certain parameters that must never be exceeded.

Electric cars are The Future. Accept it.

It has been decided.

No matter what it ends up costing us.