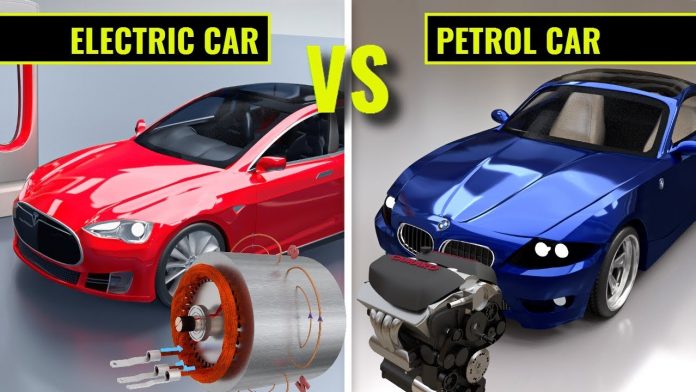 Is there any upside to electric cars?

In the interest of fairness, this question should be fairly answered. As is true of almost anything – Hitler did build the Autobahn, after all – you can find a few good things to say about electric cars . . . if you look long and hard enough – and don’t ask too many pesky follow-up questions.

An electric car is like a mobile space heater, one of those little boxes you plug in at home or work to take the chill off the room you’re in. They make heat as soon as you turn them on – assuming there is current flowing. In a non-electric car, you have to wait for the engine to warm up first. This usually takes several minutes, at least, on a very cold day and in the meanwhile you stay cold.

The electric car’s electrically powered heater uses power directly to make heat – just as a home/office space heater does – while heat in a non-electric car is a free perk of internal combustion, produced by the engine as a waste product. It does not cost you energy to  turn the heat on in an IC-engined car; you won’t use more gas to keep the heat on – even at full blast – and your range won’t be reduced an iota.

Use of the heat in an electric car, on the other hand, consumes energy and by dint of that, reduces range.

Torque is a measure of twisting energy and electric motors produce that in abundance relative to a combustion engine. Also, their massive torque output is available sooner and more directly because most electric cars are direct drive – meaning the electric motor directly turns the wheels, without the power having to be transmuted from up and down energy to rotational energy (at the crankshaft) and then transmitted via a transmission to the drive wheels. 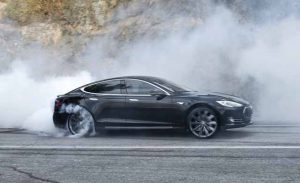 Right-now power may be the electric car’s strongest card. The electric motor in the Tesla Model S makes in excess of 900 ft.-lbs. of torque and the car is capable of a ballistic 2.4 second run to 60 MPH. For reference, an internal combustion-powered supercar such as the 2018 Mercedes AMG S 63 sedan maxes out at 664 ft.-lbs. of torque and can’t keep up with the Tesla in a straight-up drag race.

Energy – whether in the from of electricity or gasoline – which is transmuted into power – is limited by the amount you have available. The more power you use, the less energy you have left – whether in the gas tank or the battery pack. But the energy in a non-electric car’s gas tank can replenished in minutes while putting energy back into an electric car’s battery pack takes the better part of an hour, at the least  . . . if one can find a high-voltage “fast” charger. And using the “fast” charger, the battery pack can only be partially recharged – to about 80 percent of capacity –  in order to avoid damaging it. To recover a full charge – the equivalent of a full tank – takes hours of slow charging.

A gas-engined supercar might not be fuel-efficient, but it isn’t wasteful  . . . of time. And what good is an electric supercar that’s very quick, but which makes you wait for hours? 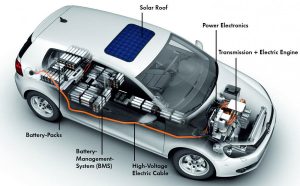 An electric car is fundamentally simple vs. an IC-engined car – in the same way that a jet airplane is simpler, in terms of its mechanicals, than a piston-engined airplane. The electric car’s drivetrain – like the jet engine vs. a reciprocating piston engine – has fewer moving parts than a car with an internal combustion engine. For example, there is usually no transmission as an intermediary between the electric motor and the wheels, which are turned directly by the electric motor. And of course the electric motor doesn’t have pistons or valves or fuel injectors or a radiator that clogs up and never requires oil and filter changes – so you will spend less on routine maintenance.

To make electric cars appealing as well as plausibly practical, it has been necessary to sex them up with powerful motors and battery packs as well as lots of peripheral gadgets. This has made them expensive to buy. Which means that what you didn’t spend on maintaining the car you spent on the car itself. 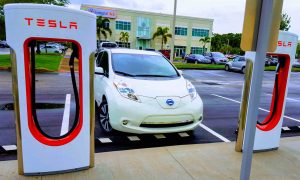 Electricity is cheaper than gas –

EVs got a big boost when the cost of gasoline almost doubled a few years ago; plugging in was seen – and was – cheaper than filling up. This is probably still true today. Especially since one can still take advantage of free electricity at public charge stations that do not charge you anything to plug in (this is subsidized by the government in order to increase the appeal of electric cars and so get more people driving them – which is what the government wants).

There is also the convenience factor. It’s handy to be able to “gas up” at home.

If electric cars become mainstream cars – as the government is hoping they do – it will mean much greater demand for electricity, which will inevitably mean higher prices. And not only because supply and demand but also because it will be necessary to add to the grid infrastructure – build new utility plants – in order to meet the increased demand. This will have to be paid for – and will be paid for in the form of higher utility bills.

Also, there are certain to be new taxes on electricity – to replace the revenue lost on motor fuels taxes, which are used to pay for the roads. Which electric cars will use – and wear out – just the same as cars powered by internal combustion engines.

Electricity only seems like a good deal vs. gasoline at the moment – because there is no electric analog to the roughly 50 cents per gallon folded into the cost of every gallon of gasoline. Fold an equivalent tax into the kilowatt-hour price of electricity and the math changes pretty abruptly – and that’s without taking into account the infrastructure cost of building all those new utility plants to meet the upticked demand of millions of electric cars hooked to the grid.